What is technology? Definition and examples

The term technology has a multitude of meanings, depending on the context of its use. In most cases, it refers to devices, systems, and methods. Specifically, those which result from scientific knowledge that is currently being used for practical purposes.

In other words, technology is the application of scientific knowhow for practical purposes, i.e., the practical aims of human life. 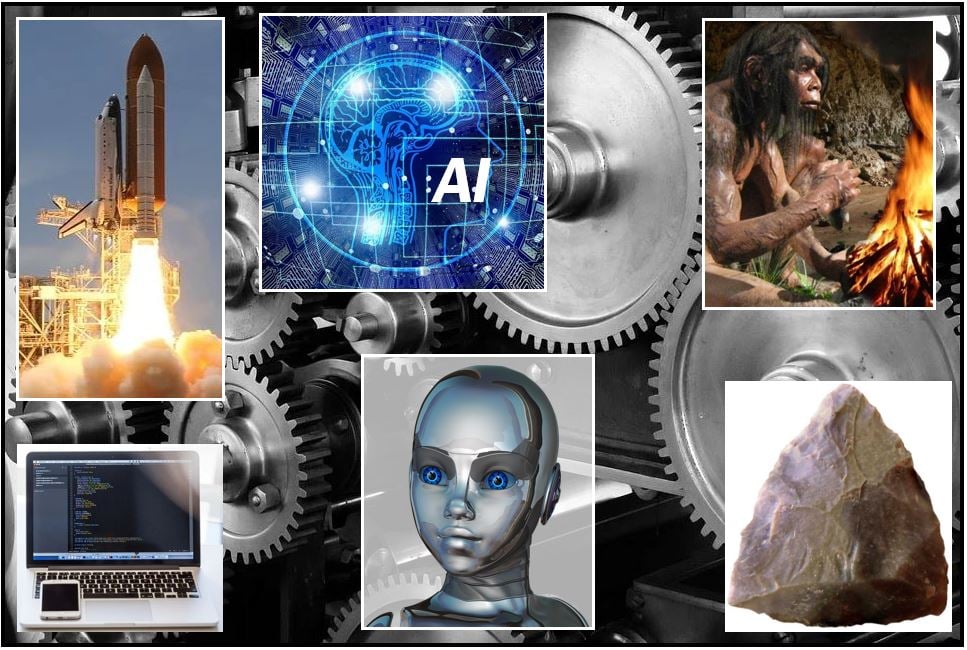 Encyclopaedia Britannica has the following definition of the term:

“Technology, the application of scientific knowledge to the practical aims of human life or, as it is sometimes phrased, to the change and manipulation of the human environment.”

Whenever any of us use our scientific knowledge to solve a practical problem, we are, in fact, using technology. Typically, we solve the problem using a tool or device.

Technology is part of our history

Technology has been part of human evolution ever since we first started using tools. Millions of years ago, hominids began using primitive tools. Between one million and half-a-million years ago, we discovered fire and how to use it. About 75,000 years ago, technological advancements sped up considerably.

When we started making and wearing clothes and building our homes, we were able to spread into new areas of the globe.

For an economist, the term may include any system or device that helps boost productivity or make things better. Productivity is, for example, total production per worker per hour. If I can get each worker in my clothing factory to produce more shirts per hour, I have boosted productivity.

Most of us think about physical things like computers and sophisticated machines when somebody mentions technology.

Economists, on the other hand, think about ways of producing goods or delivering services in novel and more effective and profitable ways.

Ecnmy.org says the following regarding the term when economists use it:

“When economists talk about technology, they’re thinking more broadly about new ways of doing things. In this sense, processes like assembly line production or creating medical vaccines are considered technologies.”

“Even social or political things like language, money, banking, and democracy are considered technologies.”

Information technology or IT includes the development, maintenance, and use of computers and other smart devices, as well as their software, networks, and systems.

In a Market Business News article, I wrote:

“IT or information technology refers to the development, maintenance, and use of computer software, systems, and networks.”

“It includes their use for the processing and distribution of data. Data means information, facts, statistics, etc., gathered together for reference, storage, or analysis.”

Software means computer programs, i.e., codes and instructions that make computers, smartphones, and other electronic devices function. Without software, a computer is just a collection of useless metal and plastic components.

Hardware refers to the parts of a computer that we can touch, such as the monitor (screen), motherboard, speakers, mouse, and keyboard.

Etymology is the study of where words came from, i.e., their origin, as well as how their meanings have evolved thorughout history.

The term technology first emerged in the English language in 1610. At the time, it meant “a discourse or treatise on an art or the arts.” The word originated from the Greek word “Tekhnologia,” meaning “systematic treatment of an art, craft, or technique.”

According to the Online Entymology Dictionary:

“The meaning ‘study of mechanical and industrial arts’ (Century Dictionary, 1895, gives as example ‘spinning, metal-working, or brewing’) is recorded by 1859. ‘High technology’ attested from 1964; short form ‘high-tech’ is from 1972.”