What is a trade surplus? Definition and meaning

A trade surplus occurs when the value of exported goods and services is higher than imports. This means that there is a net inflow of domestic currency from foreign markets. It is a positive measurement of a country’s balance of trade. It is the opposite of a trade deficit – when the value of imports exceeds exports.

Exports are products and services that are made in your home country and sold to foreign consumers, while imports are those that are bought by your domestic consumers from foreign sellers. Imports and exports form part of international trade.

When a country has a trade surplus it has more control of its currency and reduces the risk of another country selling it off – which would undermine the value of the currency.

A trade surplus is generally thought to be a good indicator of the economic health of a nation – as it can make it cheaper to purchase imports and prevent purchases from becoming more expensive. 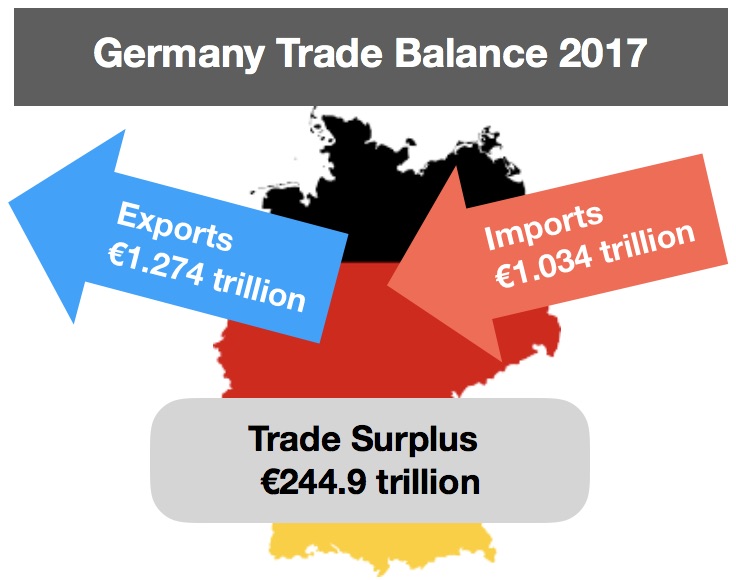 The economic impact of a trade surplus

Many economists believe that a positive balance of trade can help generate employment and increase the rate of GDP growth. However, nearly an equal number insist that the balance of trade of a nation has a negligible effect on economic expansion.

It is widely believed that exports drive increases to a nation’s GDP that are not reflected within the export products’ prices, i.e. the contributions of trade surpluses to GDP are generally understated.

A trade surplus is also known as a favorable balance of trade.

Factors that influence the balance of trade

Countires such as Germany and Japan, which have savings surpluses, typically post trade surpluses every year. China, a rapidly-growing economy, has tended to run trade surpluses.

The US and UK, however, where savings rates are lower, tend to run high trade deficits. This makes sense – if people save less, they spend more, often beyond the production capacity of their nation (so imports make up the difference).

British and American politicians often comment on Germany’s trade surplus, saying the country’s people should spend more, rather than relying on foreigners to pick up the slack.

The European Union sometimes says it is investigating whether Germany’s trade surplus is harming the European Union. However, not much is heard after such announcements.