What is an ATM?

An automated teller machine (ATM) is a computerized device that lets bank customers take cash out of their accounts, check their balance, and perform a limited set of transactions.

Another word for ATM is cash machine, cashpoint, or “hole in the wall.” 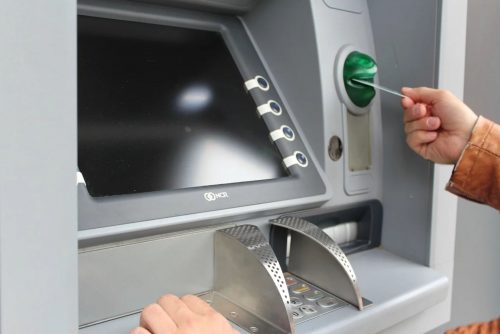 ATMs have been in use for more than 50 years. Image: Pixabay

Barclays Bank unveiled the world’s first ATM at its Enfield branch in London on 27 June 1967.

Before the cash machine, the only way that people could take money out of their account was to visit their bank during office hours.

John Shepherd-Barron, Managing Director of banknote manufacturer De La Rue, was so frustrated by this that he had the idea, while lying in the bath, of a machine that could dispense cash like a chocolate vending machine.

Shepherd-Barron pitched the idea to Barclays and the two companies went on to develop six and then a further 50 ATMs.

Today’s ATM still has many of the features of its ancestor of 50 years ago. You still need a personal identification number (PIN) and a bank card to access your account.

While different banks may offer different facilities through their cashpoints, most offer the same core set of features. These include the facility to: 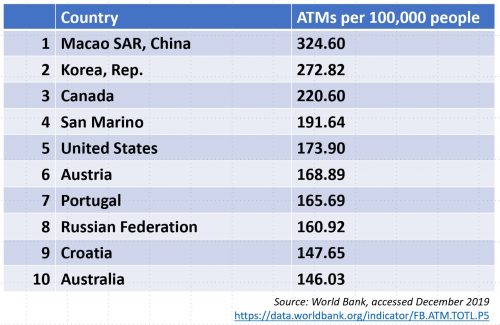 Although digital banking is on the rise, cash is not about to disappear. Around the world, people withdraw some $400,000 USD in cash every second at a total of 3.2 million ATMs. This is around 17% of total global GDP.

For four out of five customers, the ATM is their primary means of interacting with their bank, scoring higher than online, mobile, or using a local branch.

In the future, we are likely to see ATMs take on the functions of a “bank in a box,” as more branches close. They will have to be more secure and flexible and increasingly provide cardless access to cash, such as through mobile apps.

As banks update their cashpoint technology, so do the fraudsters. Nowadays, protecting against ATM fraud requires more than just covering up the keypad while you enter your PIN.

You should always check your bank’s latest advice on how to protect yourself against fraudsters and scammers.