What is an avatar?

The word avatar comes from a Sanskrit term for the descent to Earth of a Hindu god. Nowadays, computer technology has adopted the word to mean the digital embodiment of a person or concept. 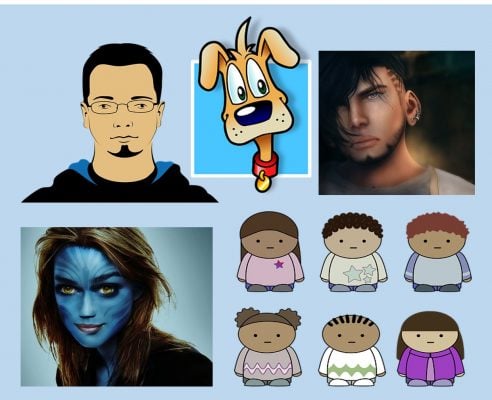 People can choose or create avatars as their online presence. Image: pixabay composite.

Around the 1980s, computer games designers began introducing avatars to denote on-screen depictions of players. From there, other platforms such as forums and chat rooms started giving users the option to select still or animated pictures to represent their identity.

In Linden Labs’ online virtual world Second Life, participants, or “residents,” create digital representations of themselves that they live through in that online environment.

Residents can design their avatar as a human or nonhuman and use it to interact with other avatars and objects that others have created.

In Second Life, avatars can perform many different functions. For example, they can launch a virtual business, trade, build a house, go shopping, have a yard sale, or even organize social activities such as dance parties and interest groups.

Marketers see avatars as opportunities to explore differences between online and offline consumers.

Studying how people set up and use their alter egos in a virtual world on the Internet can offer valuable insights for marketing to online consumers.

Avatar is also the title of a 2009 film by director James Cameron. Grossing
$2.79 billion USD, it was the highest earning movie of all time until the Marvel Studios sequel Avengers: Endgame surpassed it in 2019.

In 2018, NatWest bank announced that they were testing an AI-powered “digital human” that could one day be answering banking customers’ queries.

The bank already have a text -based chat bot called Cora that assists users on their online help pages. The experimental AI bot, also called Cora, is a digital human.

The technology for Cora comes from the New Zealand company Soul Machines whose co-founder Mark Sagar was behind the facial technology used in the films Avatar and King Kong. 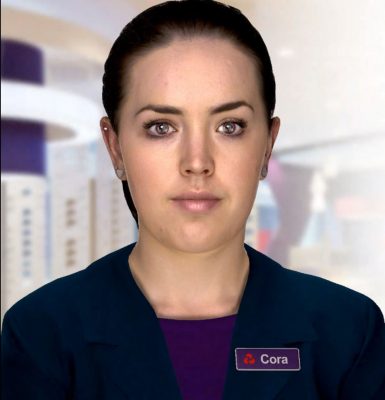 Cora is a digital human that NatWest bank is testing. In this sense, she is an avatar that embodies the concept of a virtual assistant in human form. Image: NatWest

Cora incorporates AI that helps her to deal with new subjects and learn from her mistakes. The more practice she gets, the more accurate her answers become.

The AI technology in Cora incorporates visual and audio sensors and a neural network so that she can detect human emotion and react with facial expressions as well as speech.

A 2010 study from Stanford University in California suggests that avatars can influence behaviour.

The researchers created personalized digital versions of participants using digital photographs. They found that those who had seen their own avatar running on a treadmill were more likely to exercise afterwards than those who had watched someone else running.

Similarly, watching their own avatar becoming thinner while they ran in place, or becoming heavier while they stood still, also motivated participants to exercise more than others who had witnessed unfamiliar avatars change.

The researchers suggest that the driving factor was people seeing their own faces on their avatars. Seeing someone else’s face didn’t motivate them.