Empathy is the ability to sense another person’s feelings and emotions and imagine what they might be thinking. Some researchers say that there are different types of empathy, each with a different way of sensing. 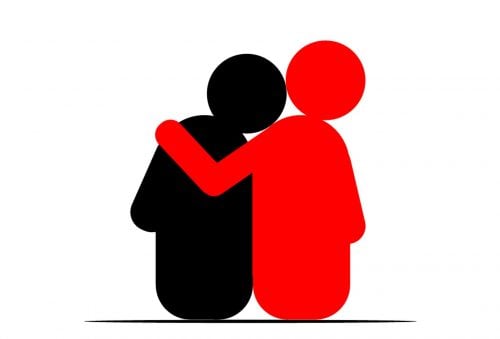 When someone is empathic towards us, we feel understood. Image: pixabay

According to Merriam Webster, empathy includes relating vicariously to the pain of another, “as if one had experienced that pain themselves.”

Empathy requires an attitude of respect and non-judgement – a suspension of one’s own values and opinions. It involves attending to the whole person, not just their words but their tone, expression, and body language.

Empathy is a two-way process. The person on the receiving end also senses that the other is being empathic.

When you spend time with someone who is empathic towards you feel understood. Not only have they grasped what you are saying but also how you are feeling. You do not feel judged, you feel accepted.

They communicate this to you not just with their words but also with their gestures, expressions, eye contact, and body language.

Research suggests that empathic managers boost workplace wellbeing and foster a supportive climate. Their team members are less likely to report sick. This can benefit productivity.

Daniel Goleman is an author and science journalist who has written extensively about emotional intelligence. Paul Ekman is a psychologist who pioneered the study of emotions and how they relate to facial expressions.

Goleman and Ekman once had a long conversation in which they discussed what Ekman saw as three types of empathy:

Empathy enables people to share experiences, desires, and needs. It helps us to connect with each other and behave in a pro-social way.

Underpinning this ability is a complex interplay of brain circuits. These circuits allow us to perceive other people’s emotions, resonate with them cognitively and emotionally, and distinguish them from our own.

Advances in neuroscience have changed how scientists regard empathy. They no longer perceive it to be a “soft skill” but a competence with biological roots in the brain.

In the following short animated video from the RSA, Dr. Brené Brown – a research professor at the University of Houston in Texas – explains the power of empathic connection and the difference between empathy and sympathy. She also raises an interesting point: that in order to be empathic we have to be aware of and connect with our own fragility.