What is the Metaverse? Definition and examples

The metaverse is the next milestone of modern technology, which started with those cumbersome mobile phones in the 1980, gradually evolved to conveniently sized smartphones, the Internet, virtual reality (VR) headsets, and their augmented reality (AR) counterparts.

The metaverse – much more than a super VR

Some people see the Metaverse as a super souped-up version of virtual reality. This is partly true, but only to a very small extent – there is much more to the Metaverse than that.

It will eventually become a virtual reality that includes the whole of the Internet. The term metaverse refers to the Internet as a whole, and not just virtual worlds. Add to this the whole spectrum of augmented reality.

Imagine rather than being on a computer, you are within its digital environment. In the Metaverse, you experience things by being inside. VR today is mainly used for gaming. The metaverse, on the other hand, could be your workplace, a music concert, a trip to the cinema, a play, a place to go on vacation, or simply somewhere to hang out with others.

The metaverse and your avatar

As you use it, you will probably have an avatar. An avatar is a digital representation of a particular person, which in this case would be you. Your avatar interacts with those of other people.

You exist inside a digital or virtual universe where you could eventually do everything you currently do in the real world, but with your avatar. All your experiences happen through this avatar. You will probably also be able to experience things that would be impossible in real life. 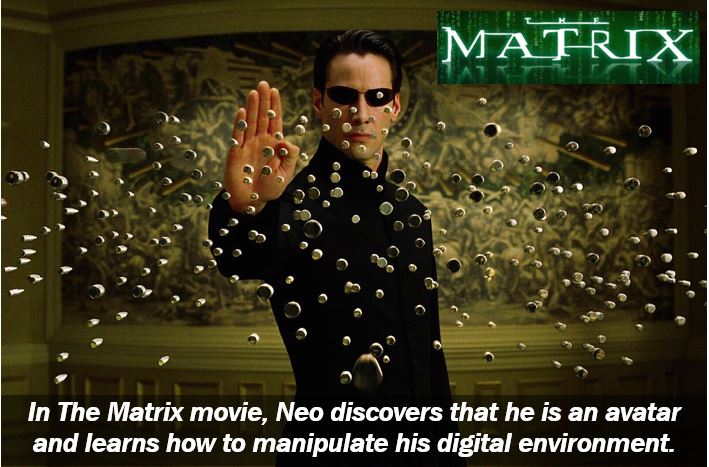 Until very recently, the metaverse was something we could only grab a glimpse of in science fiction movies. In the film The Matrix, which came out in 1999, the main character Neo, played by Keanu Reeves, discovers that he exists in a metaverse.

The concept of experiencing life through a digital representation of oneself became a popular talking point after the movie came out. The Matrix 2, 3, and 4 then followed.

Bear in mind that what one sees in The Matrix is technology that probably won’t be around for at least 100 years. The technology will gradually evolve and providers will find out what people prefer, what is possible and affordable, and then which way to move forward.

Why is the metaverse such a big thing now?

Over the past couple of decades, we have heard about various different digital technologies that seemed to show promise. However, they mostly died away after a couple of years.

This does not seem to be the case with the idea of a metaverse. Very wealthy investors are excited about its potential as are several giant tech firms. They believe that a major milestone is here, and nobody wants to be left out.

BBC News made the following comment regarding the metaverse and its potential:

“There’s also a feeling that for the first time, the technology is nearly there, with advancements in VR gaming and connectivity coming close to what might be needed.”

Facebook announced at the end of October 2021 that it was changing the name Facebook Inc. to Meta Platforms Inc. Meta is short for Metaverse. The company will be informally known as Meta.

“It’s the next evolution in a long line of social technologies, and it’s ushering in a new chapter for our company.”

Mark Zuckerberg, CEO and co-founder of Facebook (Meta), wrote the following in a newsletter on October 28, 2021:

“In the metaverse, you’ll be able to do almost anything you can imagine — get together with friends and family, work, learn, play, shop, create — as well as completely new experiences that don’t really fit how we think about computers or phones today.”