Mutual fund and other portfolio managers are famous for window dressing – usually near the end of the year or quarter. This is typically done by selling stocks with large losses and buying high-flying stocks towards the end of the quarters. These financial instruments are then reported as part of the mutual fund’s holdings.

Window dressing also refers to the displaying of merchandise in a shop window. A window dresser is a person in charge of displaying goods in the shop widow, including dressing up manikins, placing decorations, promotional slogans, etc.

Window dressers in the world of accounting literally ‘dress up’ the data so that it looks as attractive as possible.

According to Accounting Coach:

Although window dressing does not usually amount to fraud, in the vast majority of cases it is done to mislead investors regarding the company’s or fund’s true state. 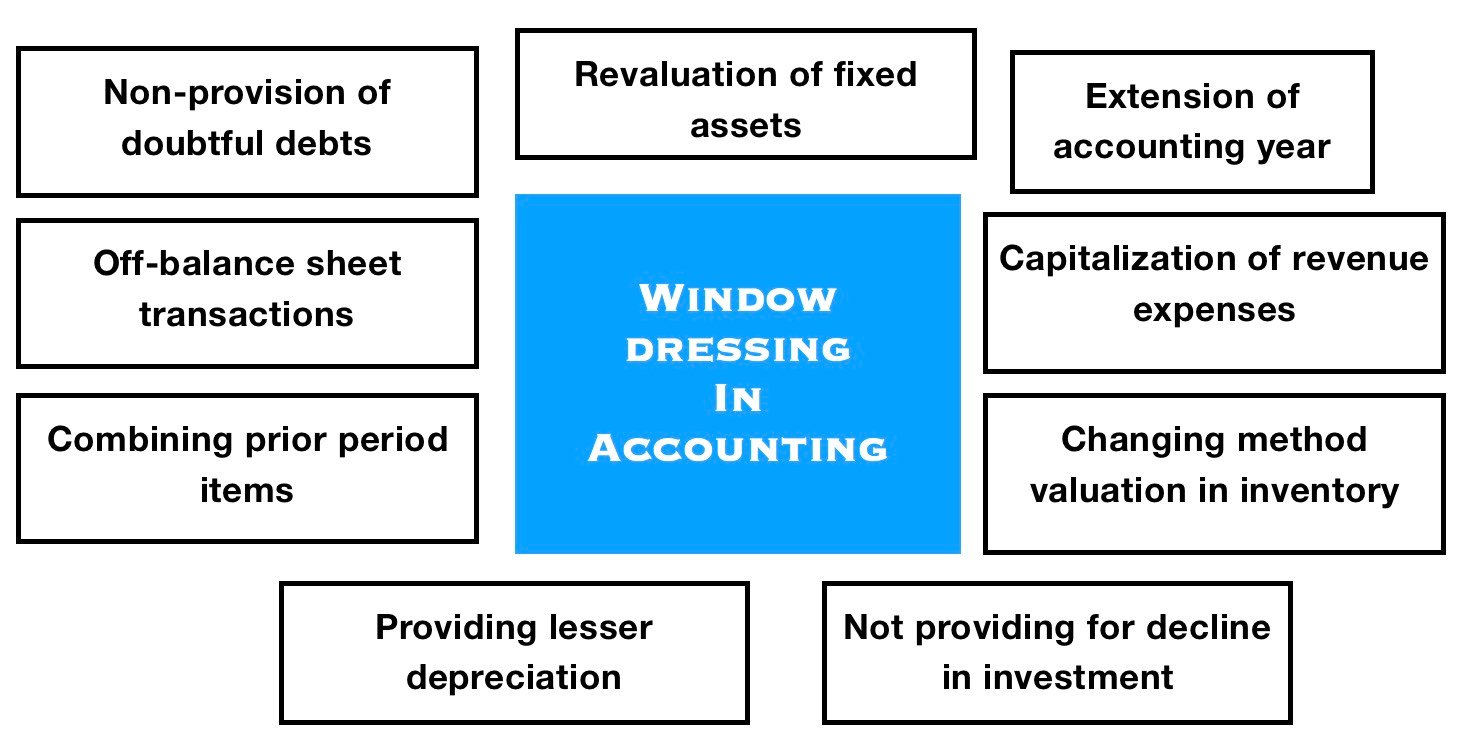 AccountingTools.com says: “Window dressing is particularly common when a business has a large number of shareholders, so that management can give the appearance of a well-run company to investors who probably do not have much day-to-day contact with the business.”

The strategy often fools novice investors, but not experienced analysts who analyze portfolio trends or a company’s performance over several periods to see whether the fund manager or company’s senior management have been investing wisely.

Market observers say that window dressing by mutual fund and portfolio managers leads to more stock volatility towards the ends of quarters. A study authored by David Brown from the University of Wisconsin and Youchang Wu from the University of Oregan, titled – ‘Mutual Fund Flows and Cross-Fund Learning within Families‘ – published in the Journal of Finance, Forthcoming in 2014, confirmed this.

Imagine a company – John Doe Inc. – wants to make itself look as attractive as possible to potential bidders for a takeover. Its senior management may resort to some window dressing by announcing considerably higher sales projections, getting hold of large quantities of cash, or making other announcements that push up its share price.

They are attempts at embellishment, but are only effective for a short time. However, that is all the company needs if the potential acquirers move in rapidly and complete the takeover within a few months.

The aim is to get the potential suitors as enthusiastic as possible so that they make a high offer to take over the company.

“The basic concept is that managers are either hiding their mistakes or adding winners to make themselves look a little smarter. Of course, it doesn’t necessarily help performance”

In an article published in SeekingAlpha.com, the author made the following criticism regarding portfolio managers who engage in window dressing:

“Nobody in their right mind would be happy with a manager that lost money but for some reason has the best performing securities on their books when reporting. It’s almost insulting to their investors’ intelligence, to be honest; trying to put a cherry on top of a bad year doesn’t help anybody.”

“I think you are best off to explain why you picked the names you picked, explain why it didn’t work out, let your investors know that you learned from your mistakes, and how you plan on righting them.” An experienced investor is able to identify cases of window dressing without much difficulty. Novices, however, are frequently misled.

Most of us are guilty of window dressing, or at least omitting negative information when selling a car or a house.

Imagine that a fictitious Mrs. Robinson is selling her home. She and her family know that once a week the next-door-neighbor has an extremely loud and annoying bongo-drum session in his yard with several friends until the early hours of the morning.

When companies do what Mrs. Robinson does in order to sell her home – hide negative data and exaggerate the positive – we call it window dressing.

Very few of us are one-hundred-percent honest when showing our homes to potential buyers or trying to persuade somebody to purchase our car.

Window dressing comes under the umbrella term ‘creative accounting’ – imaginative ways to present accounts that deviate from the spirit of good accounting practice.

“An attention-getting maneuver that can venture into unethical or illegal territory. At a minimum, the practice is generally looked upon unfavorably (after all, everyone has experienced the feeling of realizing that something isn’t quite what it’s cracked up to be).

“Nonetheless, when done carefully, window dressing can pay off by attracting customers, lenders, or investors.”