The Future of Trucking Isn’t About Making Truck Drivers Obsolete 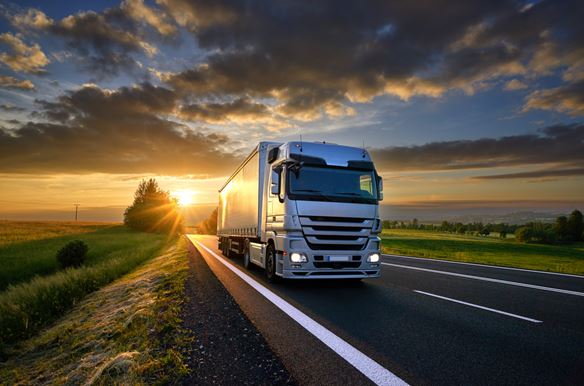 There’s a lot of talk about the future impact of technology on our workforce. What do the coming years have in store? Will we reach an idealistic society free of labor? Will we run into a dystopian, Terminator-style doom?

The reality is likely somewhere in between. For all the fear that exists out there of artificial intelligence wiping out truck driver’s positions, there’s not a lot of actual evidence to support the idea that this kind of change is coming.

The future of trucking isn’t really as dire as people make it sound or seem. The future that truckers look forward to is actually brighter than many people assume. Read on and we’ll walk you through everything you need to know.

The common refrain when it comes to automated vehicles taking over our roadways is that it will put millions of truck drivers out of business. Who’s to say that’s actually true?

The fact of the matter is trucks are enormously large vehicles, carrying enormous amounts of expensive products, with an enormous amount of ability to harm other drivers if something were to go wrong.

Even once self-driving cars become the norm, it would be an incredibly risky move to have a completely self-operated eighteen-wheeler take on the highways all on its own. There’s just far too much to lose.

That’s on top of all the administrative work that goes with truck ownership, like managing insurance and keeping your USDOT up to date.

The more likely scenario is that a self-driving truck will have a human operator ride along. If anything, the self-driving aspects of the vehicle will make it easier for the truck driver to do their job.

Automatic braking will help prevent user-error on the part of truck drivers, and automatic parking and other such abilities will allow a driver to sit back and relax while their machine does the work for them.

Of course, there may be a time far, far in the future where self-driving automobiles become so normalized and reliable that there isn’t a need for this human operator anymore. That’s certainly possible.

But we can stop pretending that this reality is around the corner when it is really many, many years away. For the foreseeable future, no truck is going to be hitting the highway without a little human touch behind the wheel.

Another reason you might not be seeing any driverless trucks on the roadway anytime soon? They present a sticky legal quagmire that the justice system in this country just isn’t ready to handle.

What happens when a large truck gets into an accident on the highway in the modern-day? In most instances, some evidence is gathered and the responsible driver is found at fault for the incident. If it is the truck driver, it may because they were texting and driving, speeding, not properly signaling, or any wealth of issues.

In some cases, the company that hired the driver might be responsible. If they forced a driver to work unreasonable hours or make an unreasonable deadline, they might be considered negligent in the eyes of the law.

When an accident occurs you have to gather as much evidence as possible and get the contact information of the truck driver. But if a self-driving truck gets into an accident, who is there to blame? There’s no driver to be found at fault. Who takes the hit and provides compensation to the other injured drivers?

In this future scenario, it might end up being the tech company that designed the truck itself. It might be the company that owns the truck, failing to properly maintain its self-driving vehicle. It may be no one’s fault, really, and just a small glitch in the software or an unexpected occurrence.

The issue with coming to a conclusion, in this case, is that all scenarios are equally difficult to properly prove. With a self-driving truck, understanding and proving fault in an auto accident case might become near-impossible.

The justice system is simply not built to handle this kind of situation in its current form. Some steps will need to be taken to resolve this issue before self-driving trucks will be allowed out and about. Even if the technology becomes ready, the legal system might prevent it from becoming a reality for a long while.

The Tech Is Not Proven

The bottom line is that technology is just not as close as people assume that it is. All tests of self-driving cars at this point have been done in highly isolated situations. There’s been an intense amount of monitoring.

Yes, the initial results have made a lot of people very excited (and others, like you, potentially worried). But this is really just the tip of the iceberg in terms of the work that needs to be done to make self-driving vehicles of any kind ready for real-world road situations.

There is a very long road ahead of the self-driving vehicle, and numerous tests and requirements to go before you’ll see anything on an actual roadway.

That will just be for a small car at first, most likely, with true self-driving trucks probably coming years after due to their potentially destructive power.

Pondering the Future of Trucking

It’s always been part of human nature to look to the future with a mix of wonder and fear. However, those worried about tech’s impact on the trucking industry can relax for the time being.

There are no big changes coming down the pipe anytime soon. But below you can find the next change you can expect…

Interesting related article: “What is an Autonomous Vehicle?“