Global greenhouse gas emissions (GHGs) are on the rise and countries are falling short on promises to meet the goals of the Paris climate pact, according to a United Nations report.

The report presented a definitive assessment of the ’emissions gap’ – the difference between the emissions level countries have pledged to achieve and the level consistent with limiting warming by the end of the century to 2°C and below.

The report says that it is crucial that global emissions peak by 2020 to meet the goals of the Paris climate pact. However, this may not even be possible by 2030.

Global emissions have reached historic levels at 53.5 billion tons of carbon dioxide equivalents, with no signs of peaking. Only 57 countries (accounting for 60% of global emissions) are on track to peak by 2030 – not even close to where the world should be. 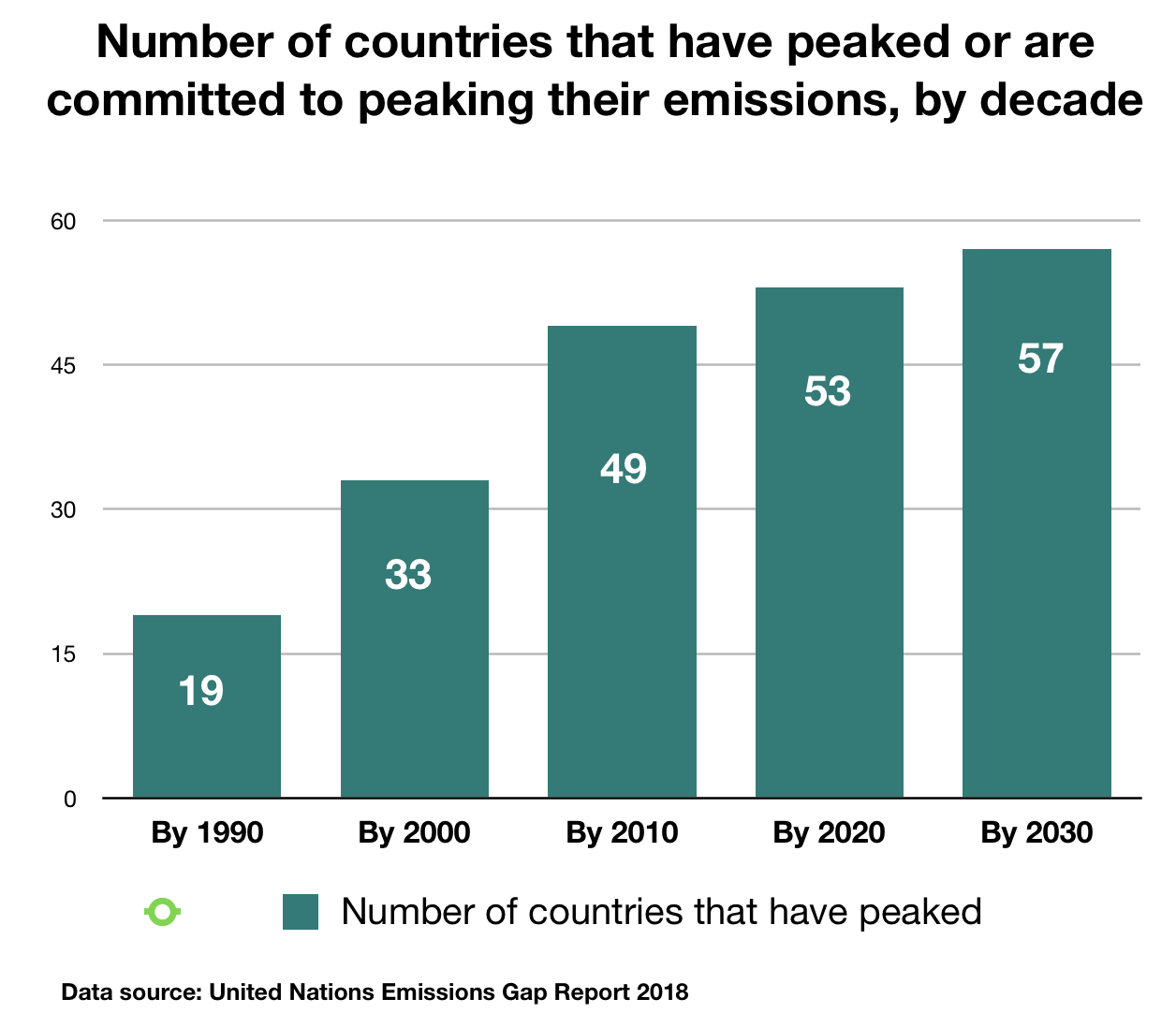 If global emissions remain the same in 2030 as they are now (at 53.5 billion tons of carbon dioxide equivalents), the world would be on a path to about 3°C of total warming by 2100.

Seven major countries, including the United States, UK, Australia, and Canada, are falling short of the pledges they made in Paris only three years ago.

“If the IPCC report represented a global fire alarm, this report is the arson investigation,” said UN Environment Deputy Executive Director Joyce Msuya. “The science is clear; for all the ambitious climate action we’ve seen – governments need to move faster and with greater urgency. We’re feeding this fire while the means to extinguish it are within reach.”

According to the report’s findings, the world is currently heading for a temperature rise of around 3°C by the end of the century, with continued temperature rises after that.