How Has Web Design Evolved

We are all incredibly familiar with the internet. And many of us have been using the World Wide Web since it went live in 1991. 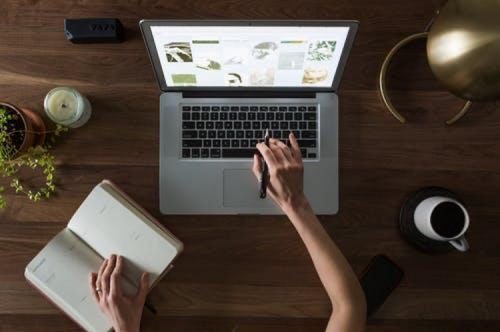 With every evolution of web design, web pages have become sleeker and more stylish – you can find the best web design agency for your needs easily nowadays, but in the past it was much more difficult to set up a well designed website properly. Yet within 5 to 10 years, their appearance becomes dated and strange.

The first ever website was, unsurprisingly, very simple. It was a fact sheet about the internet itself. It had the appearance of a simple Word document with a plain white background and black text. There were some links colored blue. But nothing else.

One of the most interesting features of this first website is the reference to code. Making a website today is incredibly simple. And you need little to no understanding of graphic design or coding. And much of the more difficult aspects can be done for you.

But for a long time, the ability to code was necessary to create a website. These websites would have been primarily made using HTML.

Over the first decade of the internet, websites were very text heavy. The internet was primarily a source of information. Websites were created to display information. And many sites appeared almost as Word documents that had been uploaded. These sites could display images. However, they would primarily be blocks of text.

As the decade progressed, website formats became more varied. This included using tables, GIFs, and animated scrolling text. Halfway through the 1990s, table based websites were more common. And images that were previously sliced up were displayed on table-based backgrounds.

In 1996, Flash websites were introduced. This allowed for web pages to become more interactive. It also allowed sites to play audio and video. And even video games. Flash became an incredibly popular way for sites and brands to display interactive content. This led to the development of YouTube in 2005.

It was between 1996 and 1997 that the number of websites increased dramatically. The number jumped from 257,601 to over 1 million.

With only around 130 websites available in 1993, this was not a huge page. But it was useful. It allowed people to search for information. Rather than directly typing in a specific URL. The search engine was not quite as simple and sleek as we have today. Its display was similar to that of a database search engine.

This of course changed when Google Search went live in 1997. Google is now one of the biggest technology companies in the world. And Google Search is responsible for around 70% of all search engine use.

By the year 2000, there were over 17 million websites across the internet. This is a huge development compared to only 3 million in 1999. And especially compared to the 10 websites available after the first year of the internet going live.

The beginning of the 21st century saw a boom in the number of websites. It also saw the introduction of web management systems and content management systems. These are generally considered to be modern inventions used for blogging or brand social media output. But they have been around for a long time.

During the early 2000s, the creation of web pages changed. Rather than include specific design components in the HTML, they were included in the CSS. This separates website content from web design itself. The two become separate entities.

By 2002, almost all browsers were supporting JavaScript 2. This allowed for the use of animation without the use of Flash or computer data.

Navigation options became more evolved during the early 2000s. Navigation bars were more commonly found at the top of web pages. This has not changed much in recent years. Aside from sites designed for mobile devices. Due to this, drop down menus also became the most common navigation tool.

Around 2005, websites began to be developed to suit mobile devices. These were usually separate versions specifically designed for use on a mobile device. However, usage of mobile devices was nowhere near the rate it is today. From 2001 to 2011, the number of cell phone subscribers in the USA more than doubled.

After the introduction of Flash websites in 2000, the purpose of web pages changed. They were (and are) still used for sharing information. But they also became used for video sharing and displaying art and more images.

As mentioned above, it was in 2005 that YouTube first went live. Deviantart also went live in 2001. This decade marked a change in web pages including more images, video, and animation. They could, of course, still share information. But their usage became more creative.

During the beginning of the 2010s, coding was still a necessary skill for creating a website. But this eventually changed as a range of plugins were introduced. These helped people to develop and customize their own websites without the ability to code.

During this time, touchscreen smartphones became much more common. This led to web pages being designed to be viewed on a smartphone. 2010 was the year in which the first iPad was sold. And so web pages have become more adaptable to mobile devices. This means that brands and website designers will specifically design web pages for a desktop and a mobile device.

This is not new. As mentioned above, the first mobile devices to use the internet were developed in the mid-2000s. But the use of the internet on cell phones is still a relatively recent development. However, it is one which few of us could now imagine living without.

The 2010s also saw the development of social media. This has dramatically changed how people use the internet. Web design now follows the trends of social media. But these trends are wide-ranging and different aesthetics are available across the internet. For examples of these designs, make sure to check out www.webdesign-inspiration.com.

As mentioned above, over the past decade the internet has become a hugely important part of everyday life. This has had amazing effects on communication and information sharing.

Sharing has always been a huge part of the internet. And social media has become an incredibly important part of this.

The introduction of social media has also impacted web design in terms of usage, as well as style. Many websites are designed to be shared on Instagram. Especially those developed by brands. Websites will often connect their products to their own Instagram pages, as well as those of customers and influencers showing their products.

Web design has changed dramatically since the first website went live in 1991. But this is unsurprising. As technology develops and style evolves, web design will follow suit. Due to the introduction of social media, especially Instagram, the need for web design to be sleeker, more casual, and to suit a certain aesthetic has increased massively.

This isn’t necessarily a bad thing. Today, there are almost 2 billion websites on the internet. With more being developed and going live every minute. Web design has become a follower of trends and fashion. But it can also be a driving force of aesthetics and style. Especially as so many of us spend so much of our time online.

Interesting Related Article:”The Importance of a Good Web Design for the Success of a Business“