How snow fences are helping to protect you this ski season 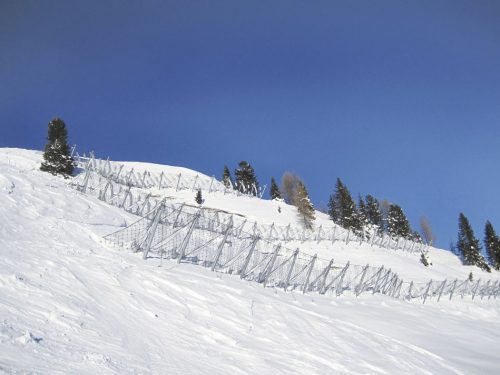 Are you planning on heading off to enjoy the slopes this year? Or is there another hobby that will be drawing you up to some of the UK’s snowiest peaks? Thanks to developments in snow fences, you can now do so knowing the wintery landscape is safer than ever. So, how exactly do snow fences work and where are they built? Knowing where to place snow fences is relatively simple to work out. They are set up in areas where avalanches are possible to help keep people safe if any danger should arise. Here we’ll look at how they do just that and what factors play a part in triggering avalanches.

How do snow fences work?

The risk of avalanches is great in areas of high snow fall and snow fences are required to protect those residents and infrastructure should the worst happen. As increasing bouts of severe weather only increase the need for protection, more intricate structures have been developed to mitigate the risks of living in some of the world’s most dangerous areas. Snow fences and snow nets work by stabilising the top layer of snow to stop it shifting and forming an avalanche. A snow pack exerts a force which is absorbed by the nets and transmitted to the ground through a series of fence posts and anchors. The way the net or fence is set up depends on a number of factors including the angle of the slope, how heavy the snowfall is, how exposed the slope is as well as a number of other environmental conditions. In many cases it’s necessary to install multiple rows of defences where the risk of avalanches is particularly high.

What factors increase the risk of an avalanche?

Snow fences and nets are placed where there is a high risk of potential snow detachment. These are defined as areas where avalanches are likely to form. Avalanches most commonly occur in the 24 hours after a snow storm where more than 12 inches of fresh snow has fallen. This can cause the under layer to freeze. The different layers of rain, snow and ice can stop them from bonding and result in them sliding over each other. Aside from natural causes, avalanche threats have also increased in some areas thanks to deforestation. As more and more trees are cut down the number of naturally occurring barriers are also reduced. A major cause of deforestation has been building works and developments in tourist infrastructure. The demand for more ski resorts, residential areas and transport links has decreased the number of natural barriers in these areas leaving them more open to damage if an avalanche is triggered. Other factors that can increase the risk are the likelihood of storms in the area, the levels to which the temperature drops, wind strength, the steepness of the slope and the direction it faces. The kind of terrain and amount of vegetation on the ground are also instrumental in determining whether an avalanche is triggered.