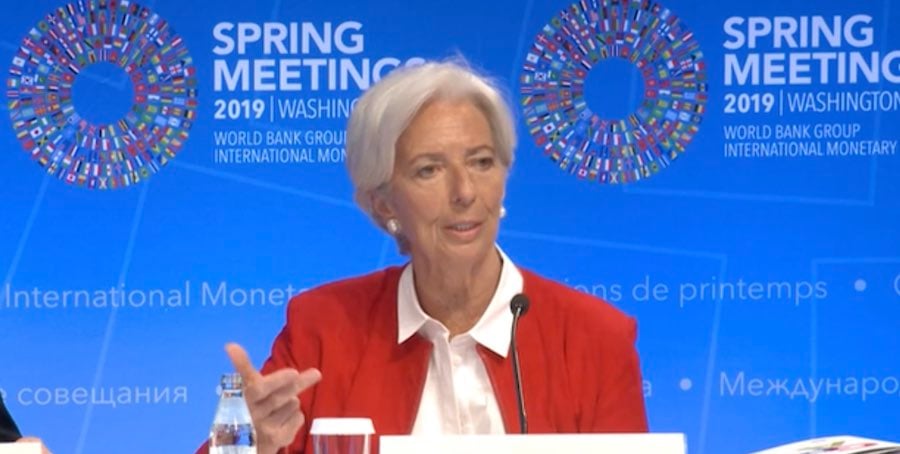 The head of the IMF, Christine Lagarde, said that the six‑month Brexit extension given to the U.K. by the EU helped avoid a “terrible outcome” that would have put more pressure on an already fragile global economy.

“At least the UK is not leaving on April 12 without a deal. It gives time for continued discussions between the various parties involved in the UK.

“It probably gives time for economic agents to better prepare for all options, particularly industrialists and workers, in order to try to secure their future.

“A no-deal Brexit would have been a terrible outcome”.

However, she warned that continued Brexit uncertainty will have a negative impact on Britain’s economy.

“If there was a prolonged uncertainty, we can suspect that the impact on confidence would continue because, you know, whether you’re talking about investors, whether you’re talking about decisions as to where to expand where to set up how to organize a supply chain, people are going to wonder, you know, what comes next and how will it settle? “So it would have a negative impact, no question about it.”

According to the BBC, Ms Lagarde said the Brexit process was “very, very concerning on the one hand and very sad”.

She told journalists: “Having my positive hat on it removes the risk of the no-deal Brexit on April 12, so at least the UK is not leaving on April 12 without a deal.

“We believe that the no deal Brexit would have been a terrible outcome.”

While the IMF is forecasting economic growth in 2020, Ms Lagarde said that forecast was “precarious and subject to downside risks” amid global trade tensions.