Impact of Brexit on UK and Global Economic Activity 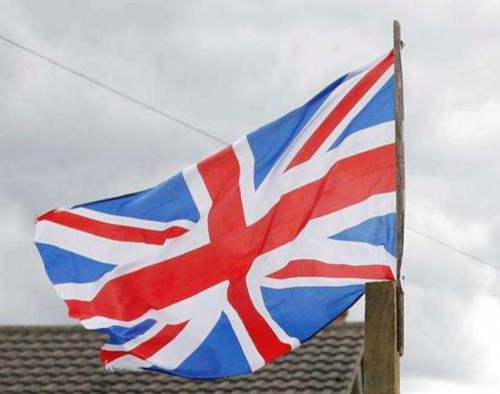 The British exit from the European Union a.k.a. the Brexit, has the capacity for far-reaching implications on the UK and global economy. Recently, the BOE (Bank of England) indicated that monetary tightening could be taking place as the Monetary Policy Committee steps up initiatives to hike interest rates if the UK is able to successfully negotiate a soft Brexit from the EU.

Heading into November 2018, the BoE managed to keep interest rates pegged at 0.75%, however there are indications that the UK is moving towards higher interest rates in the region of 1.5% by 2021. Of course, the Brexit issue looms large over the UK economy, with many big-name conglomerates threatening to withdraw or divest from the UK by the time the final agreement is hammered out.

If the UK is able to negotiate a smooth exit from the EU, it could pave the way for large-scale reinvestment in the United Kingdom. BoE governor, Mark Carney believes that there is a distinct possibility of that happening. Demand for UK goods and services is likely to be met with increased enthusiasm if a Brexit deal can be hammered out.

Presently, there is a significant skepticism and caution regarding investment in the UK. This makes sense, given that industry players are not quite sure which way the economy is likely to go. Various economists are of the opinion that it may be necessary for BOE MPC members to adopt an even more aggressive approach to interest rates, helping to drive up demand for the GBP and UK goods and services. For example, Capital Economics economist, Ruth Gregory anticipates a threefold increase in interest rates next year if the UK is able to successfully negotiate a Brexit deal.

According to Trading Economics, there have been 2 interest-rate increases in the UK since October 2017. The first drove interest rates to 0.5%, and the 2nd to 0.75%. Market sentiment indicated as much, when policymakers met on November 1, 2017. The UK government continues to offer monetary stimulus by way of bond purchases valued at £435 billion, but growth forecasts have dropped from 1.4% to 1.3% and for 2019 they have dropped to 1.7%. UK inflation is rising at a steady clip and is now standing at 2.5% for 2018.

Prospects for the UK economy will depend on how the U.K.’s Brexit deal ultimately plays out. Much of what happens is directly related to the trading arrangements that take place, and the Monetary Policy Committee (MPC) will evaluate all activity vis-a-vis the Brexit and how to proceed. Recall that the BOE and the MPC are targeting an inflation rate of 2%, and monetary policy is geared towards maintaining policy objectives of price stability, full employment, and the 2% inflation target.

November marks the third month of no changes in the UK interest rate, as the MPC (Monetary Policy Committee) voted 9-0 in favour of leaving the bank rate unchanged at 0.75%. There are concerns that a hard Brexit, fraught with challenges could result in major disruptions to supply chains to and from the UK, border tariffs, duties, and fees, and rapidly increasing prices.

This could have devastating consequences on the UK economy, and through its domino effect, on multiple other countries and bourses. The net result would be a decline in overall economic activity over the short to medium term, and ultimately a rebalancing when new trade deals and agreements are locked into place.

The UK is scheduled to leave the EU within months, and the Bank of England (BOE) will make its decisions based on how the Brexit proceeds. If a smooth Brexit ensues, spending patterns will likely remain the same and businesses will start to reinvest in the domestic economy. However, if a hard Brexit follows, the Bank of England will likely not move to increase interest rates since this will act as a disincentive and slow economic growth prospects in the UK.

Wages are steadily rising across the UK, and this is supportive of increased customer spending. There are indications of an uptick in corporate FX services in the UK as businesses hedge against possible declines in the value of the GBP in the event of a hard Brexit. Those fearing a weakness in GBP cross-currency exchange rates are locking in deals ahead of time to ensure the most favourable exchange rates.

Until a final deal is hammered out, caution remains the order of the day and the corporate sector will continue to hedge against volatility by locking in long-term agreements at fixed exchange rates while things remain relatively favourable to UK domestic enterprise. For European companies expecting GBP weakness post Brexit, euros will be able to purchase significantly more GBP-denominated goods and services in the future.