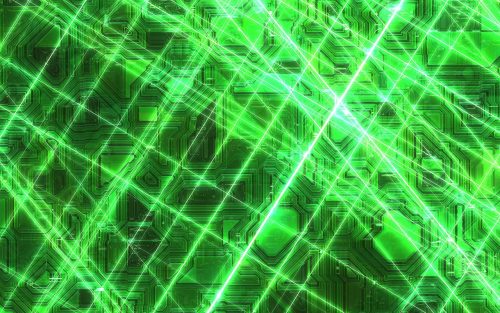 So say researchers at Harvard John A. Paulson School of Engineering and Applied Sciences (SEAS), in Cambridge, MA, in the United States.

With colleagues from other research centres, they demonstrated their “proof of concept study” in a recent Proceedings of the National Academy of Sciences paper.

It is the first demonstration of a laser in use as a radio frequency transmitter.

The team used the laser radio to transmit a recording of Dean Martin’s classic song “Volare.”

“The research opens the door to new types of hybrid electronic-photonic devices and is the first step toward ultra-high-speed Wi-Fi,” says senior study author Federico Capasso, a professor of applied physics and a senior research fellow at SEAS.

At the heart of the laser radio is a quantum cascade laser. This is a powerful and versatile type of light source that Prof. Capasso and collaborators invented at Bell Labs in 1994.

Quantum cascade lasers comprise layer upon layer of very thin semiconductor material. And they can produce wavelengths ranging from mid-infrared to terahertz frequencies.

The radiation occurs when an injected electron changes energy levels as it moves from one layer to another. The changes in energy level are the “cascades.”

Conventional lasers emit a single frequency of radiation, but quantum cascade lasers can emit several frequencies at the same time. There are equal gaps between the frequencies, like the teeth of a comb.

In 2017, Prof. Capasso and his team at Harvard had shown that they could get a quantum cascade laser to generate an “infrared frequency comb” of terahertz frequencies.

At terahertz frequencies, wireless devices could shift data at rates that are hundreds of times faster than today’s wireless technology.

A year later, the team showed that they could get the device to work as a transmitter or a receiver to encode information.

They also discovered that the coherent comb frequencies beating inside the laser also set up oscillations in the microwave range.

Now, they have worked out how to extract and transmit the microwave signals from the laser frequency combs.

The researchers found that they could redesign the “top contact of the laser” so that it uses the oscillating current to drive an antenna. This allows the laser radio to transmit microwaves into “free space.”

“In addition,” they note, “direct modulation of the laser current permits encoding a signal in the radiated radio frequency carrier.”

They also showed how to work the laser radio “in the other direction.” They demonstrated how they could remotely control the laser using microwave signals from another device.

“If you want to use this device for Wi-Fi,” says first study author Marco Piccardo, a postdoctoral fellow at SEAS, “you need to be able to put useful information in the microwave signals and extract that information from the device.”