MacBook Air and MacBook Pro are two of the most popular Apple computer models today with quality same provided by Back Market. Both models were recently updated and now have new features that perhaps should be considered and compared before purchasing a new Californian brand computer. At Back Market, it can be said that the MacBook Air could be a good team for anyone looking for practicality or functionality while the MacBook Pro would be the best option for those who need a better team, with better overall performance. 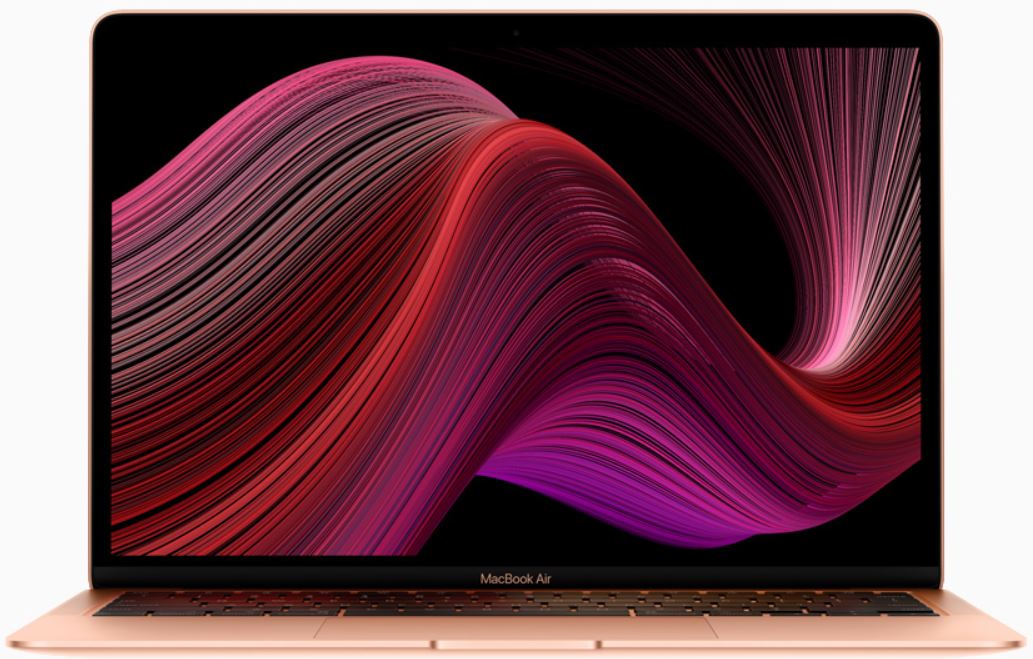 We tested Apple’s new MacBook Air, the best ultraportable computer on the market that has nothing to envy its older siblings.

Everything has changed, but the MacBook Air generally maintains the same design. Laziness by Apple? Of course not: If something works it is better not to change it. What’s more, Apple’s other ranges of laptops, such as the MacBook and MacBook Pro, have been gradually losing weight and becoming more and more like the MacBook Air.

What is it about the 2020 MacBook Air that makes it so attractive? Three aspects: Its new keyboard, its power, and its ultra-portability.

The only exterior styling change for the 2020 MacBook Air is the keyboard. Apple has decided that the new MacBook recovers the ‘scissor’ type keyboard that the 16-inch MacBook Pro already introduced that Apple presented at the end of 2019 and abandoned the ‘butterfly’ type that it had in the latest models.

This change is due to a series of problems that some users have experienced with the ‘butterfly’ system – named after the arrangement of the mechanism that is under each key – and that caused their keyboards to be blocked by dirt accumulation.

The ‘scissor’ system is less prone to failure, and it is also more robust: typing is louder. Which of the two is better? For tastes, the colors. There will be those who prefer the more classic style of the ‘scissors’ system and others will prefer the discretion of the ‘butterfly’. Of course, users who have had problems with the latter type will be more than clear.

Before you think to sell your MacBook Pro, you should know that contrary to what happens with the MacBook Pro, the new MacBook Air does not have a Touch Bar, the touch bar that is at the top of the keyboard, but it does have Touch ID in the upper right corner. This sensor allows you to unlock your computer with your fingerprint and also make online purchases on compatible pages: just put your finger on that special key and the computer auto-completes the credit card data that you have previously entered. 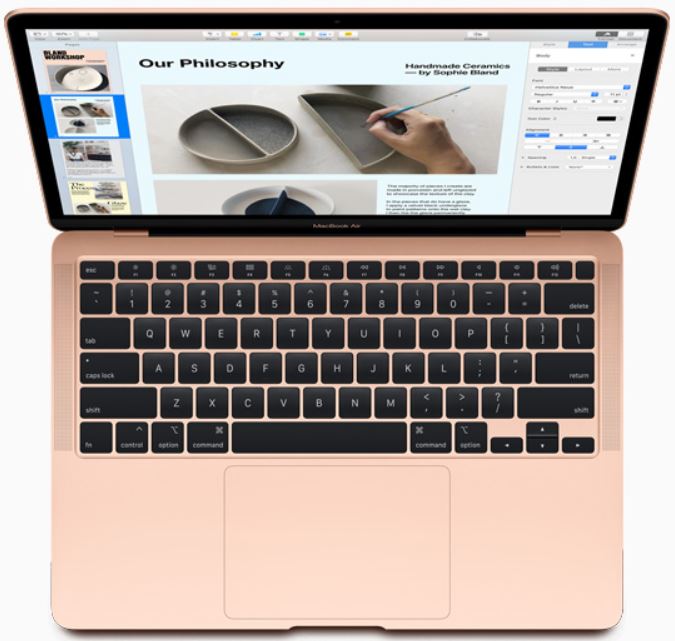 2. Apple has Unleashed the Power of the New MacBook Air

Every day we usually use a 13-inch MacBook Pro with a 2019 Intel Core i5 2.4 GHz, and the truth is that we have not noticed any difference for the basic tasks of my work: Write texts, surf the Internet, play videos, or simple photo retouching. The difference in power in these fields is not distinguished: both machines work perfectly.

Regarding Internet browsing, there is no type of stumbling or delay. Even opening multiple tabs on very demanding web pages – with video or music – did not trigger the fan. When it comes to playing multimedia content, stereo speakers reproduce sound surprisingly well, given the size of the computer.

In addition, the 2020 MacBook Air has three microphones, a perfect solution to make those video calls that we are doing so much these days or even to record the sound of the videos that we record with its front camera, capable of offering a resolution of 720p.

3. MacBook Air is the most Comfortable Laptop

Let us return to the presentation of the MacBook Air from 2008. At that event, Steve Jobs repeatedly referred to the netbooks that were flooding the market at that time, especially the Z series of the Sony VAIO range. 12 years later, Sony no longer markets VAIO … nor do netbooks exist, which died at the hands of the iPad.

However, Apple not only continues to manufacture MacBook Air but also claims that it is its most popular line of computers. Without a doubt, the mix of power with ultra-portability, making it the most comfortable computer on the market.

As we have already seen, the 2020 MacBook Air is powerful, very powerful, so much so that it has nothing to envy a MacBook Pro when compared to the basic tasks that an average user can do.

And when it comes to ultra-portability, the MacBook Air remains unbeatable. Not only because of its size (1.61 centimeters at its widest, 0.41 cm at its thinnest) or because of its weight (1.29 kilograms), but also due to very important details such as a 30W USB-C charger that it barely takes twice as much space as an iPhone charger.

The small size of the charger allows it to be carried anywhere in a bag or even in a jacket pocket – yes in the pocket greatly facilitating the lives of users who can carry it from one place to another without being bothersome.

Regarding the battery, Apple ensures that the total duration is about 11 hours. Of course, the duration will depend on the use we make of the computer. In my case, after 4 hours of intensive use, we noticed a drop of 30%, so it seems that it has the energy to spare to endure an average working day (and his overtime).

The new MacBook Air is a performance prodigy thanks to its processors and the inclusion of 8GB of RAM. Obviously, it does not reach the level of a MacBook Pro, but for day-to-day tasks, it meets the highest marks. In addition, it remains an extremely comfortable device to carry thanks to its low weight, its thinness, and its tiny charger.