There is a way to use marine bacteria to protect steel from corrosion by seawater, according to new research from China.

Scientists at the Shanghai Maritime University and the South China Sea Institute of Oceanology at the Chinese Academy of Sciences induced lasting anticorrosion properties in a species of marine bacteria. 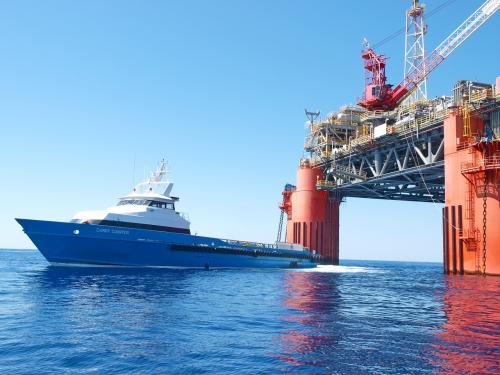 Marine corrosion is a significant worldwide problem. It damages economies and undermines safety.

The Marine Corrosion Forum, which is based in the United Kingdom and also has overseas members, estimate the impact at around 4 percent of gross national product.

Typical treatments include chemical and electrochemical methods. However, these are often expensive and not kind on the environment.

By gene-editing a species of marine bacteria called Pseudoalteromonas lipolytica, the team in China has created a potentially less costly, greener method.

The researchers explain their novel approach in a report that features in the journal ACS Applied Materials & Interfaces.

The new approach exploits a natural tendency of bacteria to form biofilms.

Although bacteria are single-celled, they can also form complex microbial communities known as biofilms.

Biofilms are slippery and slimy and they stick stubbornly to surfaces. The cells secrete various substances that form a three-dimensional matrix that surrounds and protects them. The matrix also contains channels that allow nutrients to circulate and nourish the cells.

Bacterial biofilms adhere to all sorts of surfaces. These range from rocks and structures under water, to teeth, skin, surgical implants, and medical devices.

The aim of medical research on biofilms is to find ways to prevent or eradicate them.

In contrast, the recent study is about encouraging the growth of biofilms and not destroying them.

In the novel approach, the marine bacteria form a film on the steel in two stages. In the first stage, they form a natural biofilm that covers the metal surface.

The second stage involves converting the natural biofilm into an “organic–inorganic hybrid film.”

The hybrid film consists of layers of calcite and polymer substances that the marine bacteria secrete when they form the biofilm.

The hybrid film provides a highly stable and efficient barrier. It also has “self-healing” properties.

The researchers remark that a key step in the process is the “transition from biofilm to biomineralized film.”

Getting this step right ensures that the anticorrosion activity in the film keeps going and “overcomes the instability of biofilm protection on corrosion,” they note.

Using the findings, they now intend to develop new types of steel that not only resist corrosion by seawater but can also be useful for helping coral growth.

They also plan to create corrosion-resistant steel for constructing reefs and islands and restoring coral reefs.