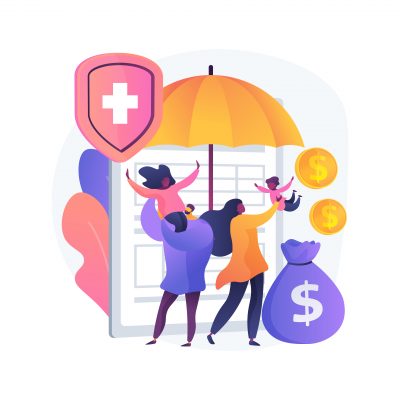 Paying more professional tax than your colleague? Know why!

As a result, this page is an effort to offer a clearer understanding of what ‘Professional tax‘ is, why it is deducted, and if it affects the salaried class solely.

What is Professional tax, and who levies it?

The word ‘Professional tax’ may be one of those that does not fully reflect the true meaning of the term. Contrary to what the name implies, it is not a tax collected just on professionals.

Professional tax is a tax placed on all professions, trades, and employment that is dependent on the revenue of such profession, trade, or job. It is taxed on workers, self-employed individuals, freelancers, professionals, and those who earn more over the monetary level.

According to Article 246 of the Indian Constitution, only Parliament has the sole jurisdiction to create legislation pertaining to the Union List, which includes income taxes. Only the Concurrent and State lists are subject to legislation by the state.

Professional tax, on the other hand, is a kind of income tax collected by the state government (not all states in the country choose to levy professional tax).

Why does professional tax vary for different people?

Because professional taxes are imposed by the state government, they vary in each state. Each state defines a slab, and professional tax is calculated based on these income tax slabs.

However, professional tax is not levied in all Indian states and union territories. It is paid by splitting the yearly professional tax liability into 12 equal monthly payments. February is an outlier in that the tax is greater than in the other months.

There may be instances when sources of revenue from distinct industries are subject to a separate tax. For example, in certain jurisdictions, a person conducting a transport service may be required to pay a professional tax of about Rs. 50 per year for each vehicle he owns. This might be limited to Rs. 1,000 each year.

Because the states have been given the authority to levy and collect this tax; different states impose Professional Taxes at various income tax slab rates. The following are the Professional Tax Slab Rates in several of India’s main states:

Maharashtra’s professional tax is administered by the Maharashtra State Tax on Professions, Trades, Callings, and Employment Act, 1975, which went into force on April 1, 1975. The Maharashtra Professional Tax Slab Rates on Salary and Wages are as follows:

The Maharashtra State Government has prescribed various slab rates for different classes of individuals, and the aforementioned slab rates are solely for Salaried Individuals and Wage Earners.

The Municipal Corporation of Delhi (MCD) attempted to impose a professional tax on persons dwelling and working in New Delhi in December 2004. However, the MCD Standing Committee rejected this plan. As a result, this tax is not imposed in New Delhi.

The Karnataka Tax on Professions, Trade, Callings, and Employment Act, 1976, governs professional taxation in the state. Professional Tax Slab Rates on Salary and Wage Earners in Karnataka are as follows:

The Madhya Pradesh Vritti Kar Adhiniyam, 1995 levies professional tax in Madhya Pradesh (MP). According to Notification No. 174 issued in the MP Gazette on March 31, 2012, the following income tax slab rates will be applicable in Madhya Pradesh on salaried income from April 1, 2012.

In Tamil Nadu, professional tax is charged under the Town Panchayats, Municipalities, and Municipal Corporations Rules 1988. In Tamil Nadu, the income tax slab rates on salaried income are as follows:

The Andhra Pradesh Tax on Professions, Trades, Callings and Employments Act of 1987 governs professional taxation in the state. The following are the Slab Rates in Andhra Pradesh for Salary/Wage Earners:

When you look at your payslips, you will notice a small deduction mentioned on it, along with the other components like HRA, conveyance, and basic salary break-ups.

This deduction is usually around Rs. 200 and is termed professional tax. Generally, this type of tax varies from state to state, and in certain places, you may realise that there is no deduction made under this heading.