Scientists have developed power-generating flags that can harvest wind and solar energy simultaneously.

Researchers at the University of Manchester in the United Kingdom made three of the novel power-generating flags using off-the-shelf components. 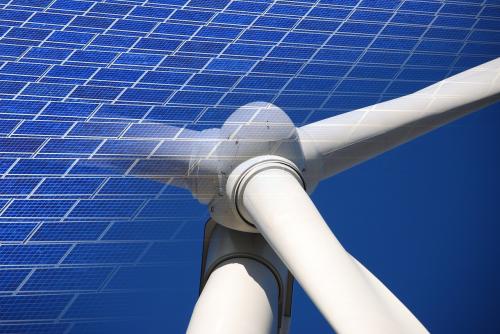 The Applied Energy journal recently published a paper on how they tested the devices “under controlled wind and illumination conditions.”

The flags, which are bendable, incorporate solar panels and flexible piezoelectric strips.

Lead study author Jorge Silva-Leon, from the university’s School of Mechanical, Aerospace & Civil Engineering, explains that they designed the power-generating flags to “bend from side to side in a repetitive fashion.”

It is this unique bending motion, which the team calls “Limit-Cycle Oscillations,” that makes the flags “perfectly suited for uniform power generation from the deformation of piezoelectric materials,” says Silva-Leon.

The solar panels actually contribute in two ways. Not only can they make electricity from sunlight, but their mass also helps to destabilize the flags so that they flap at lower wind speeds.

The team tested the power-generating flags using unique methods. These included object tracking and fast video-imaging techniques that they had developed themselves.

The researchers tested the power-generating flags in a wind tunnel under controlled light conditions.

They applied wind speeds ranging from calm (0 metres per second) to stormy and gale force (up to around 26 meters per second). Light exposure during testing was a constant 1.8 kLux.

Under these realistic conditions, the devices achieved power outputs of up to 4 milliWatts. This level is within the power range for applications in smart cities, avionics, and remote locations on land and sea.

There is also a plan to develop the technology so that it can support applications that demand a higher power range.

Study co-author Dr. Andrea Cioncolini explains that an attractive feature of the technology is that wind and solar energy are often not present together.

“The sun does not usually shine during stormy conditions,” he remarks, “whereas calm days with little wind are usually associated with shiny sun.”

“This makes wind and solar energies particularly well suited for simultaneous harvesting, with a view at compensating their intermittency,” he concludes.