7 Reasons Why Buying a Lifetime VPN Could Be Bad

VPNs are rapidly rising in popularity as more and more people start to understand the security and privacy risks associated with online browsing. With the number of potential users increasing by the day, so is the number of VPN providers. 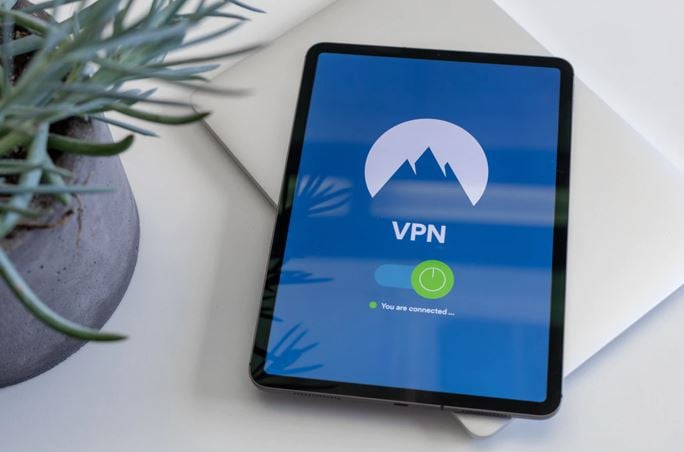 Today, if you want to pay less, you have to be willing to commit for a longer period of time. Monthly subscriptions are often costly and free VPNs are not an ideal option if you value your privacy.

While it’s not advisable to get a short-term subscription as they are often too expensive, you also cannot subscribe for too long. Most providers offer decent plans ranging from 1 year to at most 3 years.

However, there is a new crop of VPN providers offering lifetime memberships. A one-off fee at the outset and you are good to go. Sounds enticing, right? Well, the problem is, if it sounds too good to be true, it probably is.

Virtually all of the top VPN providers have dropped the lifetime subscription and for good reason. Even when you’ve found excellent service, there are simply too many things that could go wrong down the road.

So, before you get tempted by the massive discounts, here are seven reasons why a lifetime subscription is not a good idea.

Technology is Ever Evolving

Technology is always changing and so are your needs. Simply put, what works for you today, may not do so tomorrow. Purchasing a lifetime subscription can end up being disappointing if the VPN becomes outdated.

Just a few years ago, PPTP was considered a secure protocol. Now its encryption can be cracked by multiple government agencies including the NSA. Today, OpenVPN is the gold standard, but that too could change in the near future.

We never know what new technologies are going to come to the market, and how quickly your provider will implement them. While some do improve accordingly, most of them choose to focus on recurring premium subscribers.

In the end, you may find yourself stuck with the same old features year after year while new customers reap the benefits of upgraded VPN technology.

Quality May Decline Over Time

VPN services cost serious money to run. Besides the development costs of the software, there are lots of recurring expenses that the provider has to deal with – ranging from maintaining servers to having sufficient bandwidth available.

But that’s just the beginning. Other headaches VPN providers have to deal with include marketing, legal notices, customer support, and technical staff to keep the VPN operational. All these cost money.

So, at one point the income from lifetime memberships won’t be able to maintain the initial quality of the VPN. Its customer support will likely suffer and you shouldn’t expect the VPN to get regular updates either.

Again, most of the companies are unable to offer sustained access to Netflix. Streaming services are always trying to identify and blacklist VPN IPs and only providers that actively replace

In most cases, the biggest chunk of your lifetime subscription fee goes to marketing, which offers no additional value to you.

Subscriptions incentivize companies to upgrade, and if they already have your cash, then there is no need for retention. Call me cynical, but in many cases, they’ll be in fact rooting for you to leave. It would result in less strain on bandwidth and other resources and create space for a new customer.

Most VPNs promise anonymity but only a few can actually provide it. Free VPNs may be the biggest culprits here but ‘lifetime’ VPNs are just as culpable. If a provider isn’t getting enough income from subscriptions, they are likely to log and sell your data in a bid to generate extra revenue.

Lifetime plans present a whole different problem. What if the provider changes its terms of service after you commit? Even if the VPN is safe now, you cannot guarantee that it will be just as safe one or two years from now.

Besides, the VPN provider could also be bought out, causing your data to fall into the hand of an entirely new company. If the VPN continues to maintain the existing logging practices, well and good. But as it often happens, the new company could adopt an entirely different privacy policy that allows it to keep logs and worse, share your data with third-parties.

In such a case, you may find yourself in a bit of a pickle. Do you continue using the VPN and risk your privacy? Or do you quit the service and forgo your investment.

The Provider Could Go Bust

Just like any other company or business, VPN providers too can fail and close shop. It can be quite frustrating to spend money on a lifetime subscription, only to see the VPN shut down. As it turns out, more often than not, users do not get their money back when that happens.

Many of the companies that offer lifetime service are nothing more than fly-by-night operators interested in only making a quick buck. Some of the providers may even rebrand and start selling the same service to new customers.

And again, in the event there is a change of ownership, there is no guarantee that the new provider won’t cancel your lifetime membership.

The VPN Could Be a Scam

Lifetime packages are undeniably tempting and scammers know that too. Many of the sweet deals you find on sites like Stacksocial and Gdgt Deals aren’t sold by the VPN providers, but by third-party resellers. And what is advertised may differ greatly from what you actually get.

Many vendors sell fake lifetime membership, leaving you to learn the hard way that the VPN provider will not honor these subscriptions. In other cases, the service will work well for a while but after you surpass certain bandwidth usage, your speeds are downgraded.

Then there is the big one – fake VPNs. Once you take the bait, these VPNs can then be used to inject malware into your device and steal personal data, such as passwords and credit card information. Other fake VPNs lack even the most basic encryption and can, unbeknownst to you, expose your internet activities to your ISP, government authorities, and other prying eyes.

Some Lifetime Plans Don’t Live Up to Their Name

“Lifetime” can mean different things to different providers. For some, a lifetime membership is truly unlimited and remains active as long as the VPN is operational. Others just terminate the subscriptions after just one or two years.

Just a couple of years ago, VPN Land canceled their popular lifetime service without refunding its users. They bullishly declared that “all threats and arguments will be discarded”, virtually leaving users with no recourse.

Additionally, several providers misleadingly advertise five-year plans or other longer subscriptions as “lifetime” or “unlimited” service. If you are looking for a “forever VPN”, you could end up being disappointed. It is essential to read the fine print and make sure you know what it is you’re signing up for.

You Could Miss Out on New and Better Alternatives

What if newer and better VPNs are launched? Will the provider refund some of your money if you choose to opt-out and subscribe to a different service? It’s unlikely. In fact, unlike the standard monthly and yearly subscriptions, lifetime plans are seldom backed by a money-back guarantee. If you want to get a new VPN, you will have to again dig deep into your pocket.

How Long Should Your Subscription Be?

There are different pricing models available in the VPN industry. That said, the majority of providers offer a single uniform package with billing cycles ranging from one month to three years in length. Subscription plans may include 1 month, 6 months, 1 year, 2 years, and 3 years.

So, which is the best option for you? That depends on the trustworthiness and reliability of the service as well as your budget. If the VPN has a stellar reputation, going for the longest subscription may not be such a bad idea.

Long-term plans are often highly discounted and as a result, cost less in the long-term. However, if you are not sure about the VPN, it’s advisable to give it a test run first and monthly subscriptions provide a great way to that.

A lifetime subscription is quite appealing. It’s quite affordable in the long-term and does away with recurring payments. That said, there is always the possibility that your best choice today may not be your best choice a month or a year from now. Also, you don’t want to risk the provider shutting down and taking your hard-earned money with them.

A lifetime plan is simply too risky. Remember, when a provider promises you a lifetime deal, they are actually referring to their company’s lifetime, and not yours. Caveat emptor. Everything considered you would be better off with a reputable VPN that has a cheap two- or three-year plan.

Interesting Related Article: “How a VPN Can Protect your Computer“