Robotics and AI development in UK to get government cash

The United Kingdom government have announced a multimillion pound funding package to spur research and development in robotics and AI.

The package is part of the U.K. government’s Industrial Strategy Challenge Fund (ISCF), which aims to help U.K. science and business innovation transform existing industries and make new ones. 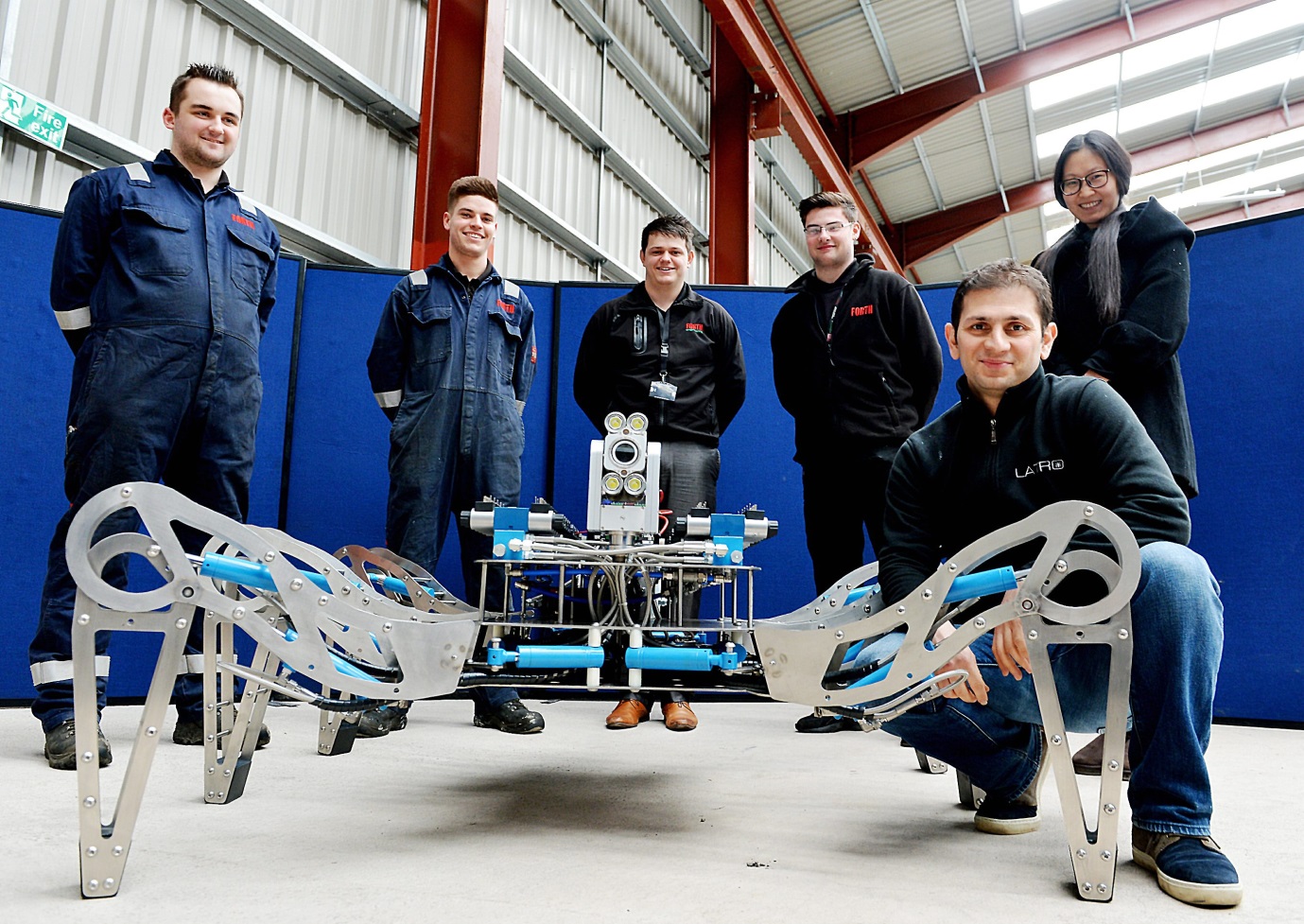 This robotic spider is being developed by Forth Engineering and the University of Manchester as a remotely operated vehicle for use in harsh environments. Image source: Forth

The ISCF forms part of the U.K. government’s £4.7 billion pledge to boost research and development over the next 4 years.

The fund is now open for researchers and businesses to apply.

The money is targeted to six areas; robotics features in one area while artificial intelligence (AI) features in two of them. The six areas are:

1 – Batteries for electric vehicles: £246 million for research, innovation, and scale up of manufacturing

3 – Medicine and biopharmaceuticals: £197 million for new technologies to hasten availability of new drugs and treatments

4 – AI and controls systems: £38 million for research and development of next generation of systems to keep the U.K. “at the forefront of the driverless cars revolution”

5 – Lightweight composite materials: £26 million to research and develop next generation for advanced manufacturing sectors such as aerospace and automotive

6 – Satellite test facility: £99 million toward new launch technologies, and to establishing U.K. capability for the manufacture and testing of new satellites for sending payloads into orbit

The ISCF will be delivered by Innovate UK and Research Councils UK (eventually to be UK Research and Innovation UKRI). These government agencies will be working to advance all six areas.

Innovate UK have just launched the first of a series of “challenges” for businesses wishing to apply for funding for the development of robotics and AI system for extreme environments.

The aim is to encourage technologies that “can take people out of dangerous work environments and go beyond human limits.”

Innovate UK are leading two types of robotics and AI funding: collaborative research and development with co-investment from industry (£10 million of funding available); and a demonstrator programme that will allow firms to test the new systems in “world class facilities” (£6 million).

The Engineering and Physical Sciences Research Council (EPSRC) will also be leading on £42 million for research hubs to push and speed up the “translation of fundamental science in robotics and AI systems.”

Also, the Natural Environment Research Council (NERC) are putting £16 million into marine autonomous systems and have already awarded £4.3 million for the development of new sensors that can work in extreme oceanic conditions.

One extreme and hazardous environment that is expected to benefit from some of the ISCF funding for robotics and AI is in the decommissioning of nuclear sites.

The U.K.’s Nuclear Decommissioning Authority forecast that the future cost of cleaning up Britain’s nuclear legacy, comprising 17 historic nuclear sites, will be around £117 billion over the next 120 years.

There are many ways that robots can help the job of nuclear decommissioning to make work safer and reduce costs. Not only do robots work fast and effectively, they can also reduce nuclear workers’ exposure to harmful radiation, such as when demolishing buildings and retrieving radioactive waste.

Robots and AI systems are already being developed for nuclear decommissioning. An example of this is the development of a “robotic spider” for use in harsh environments. The project is a collaboration between the University of Manchester and the Cumbria-based small engineering firm Forth.

Robots for a safer world

The following video from Innovate UK summarizes their “Robots for a Safer World Challenge,” launched as part of the Industrial Strategy Challenge Fund.

AI (artificial intelligence) refers to software technologies that make devices think and behave like us (humans).