Sears Holding Corp will reportedly close 150 department and discount stores and keep at least 300 open as it leans toward filing for bankruptcy.

Under US bankruptcy protection Sears would be able to restructure instead of immediately having to liquidate.

The pressure comes as the retailer faces a $134 million debt payment due on Monday. 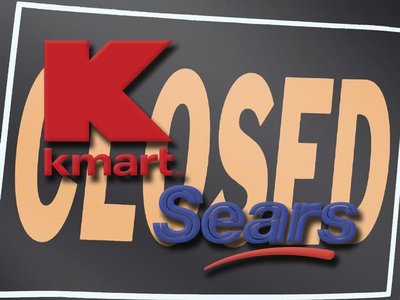 However, with very little cash on hand, paying that debt and keeping up with operating costs doesn’t look very feasible. Sears only had $193 million in cash on hand as of an August 4 public filing, the end of its last fiscal quarter.

The beleaguered company, which was once the largest retailer in the US, is trying to secure between $300 million and $500 million to continue operating through the holidays while in bankruptcy court. A source told Reuters that lenders are expected to provide several hundred million dollars.

Sears stock has plummeted by more than 50% in the last five days to 35 cents a share.

Last month, Sears CEO Eddie Lampert said in a letter that the firm “must act immediately” on his proposal to slash debt by selling more assets.

Sears has a total of about 700 stores and approximately 90,000 employees.