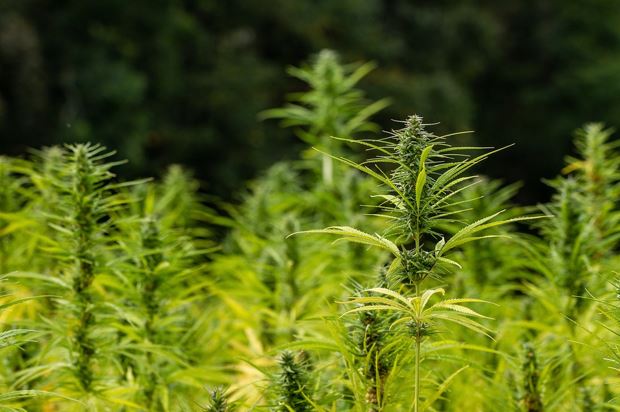 As you probably know, weed has been around for ages, and we humans have been interacting with it closely since the dawn of civilization. Sure, the recent trend of de-stigmatization and legalization has brought it to the public eye and killed off many myths, but there’s plenty more to learn about this crazy plant.

Here are a few quirky facts about marijuana, its history and unique uses over the years, that will make you think, and maybe even put a little smile on your face.

1. Weed was Used to Make Ropes and Cloth for Thousands of Years

Yes, that’s right, before people had the bright idea to start smoking hemp leaves and even open a weed shop, the plant was actually prized for its tough fibers that made excellent fabrics. It was used for ropes, clothes, and also for making paper.

In the 16th century, King Henry VIII even created a law that required farmers to plant a certain amount of hemp on their land or face substantial financial penalties. Several of the American Founding Fathers grew hemp, and it wasn’t until the heavy lobbying in the 1930s by industrialists tied to synthetic fibers and others that production of hemp was banned in the US.

It’s a commonly held belief that women can get the same high as men with less THC in their system, and a 2019 study of 91 weed-smokers seems to confirm this. The people in the study were allowed to smoke as much as they like and stop when they wanted. The women smoked less of their joints and had lower blood THC levels, yet reported the same intensity high and exhibited all the associated behaviors.

However, a 2016 study showed that weed had higher pain-numbing properties in men than in women. It seems that guys get more of that numbing sensation and go for quantity over quality, while the gals tend to pace themselves and get to that sweet spot with a lot less weed.

3. Some Countries Used Weed to Fatten Up Pigs

Yeah, the munchies make pigs of us all, but once upon a time, when the country of Bhutan still had no television, and everyone lived a quieter life, they actually fed hemp to pigs.

A lot has been said about the negative effects of sudden exposure of such a traditional peaceful society to the worst aspects of Western life in the late 90s, but Bhutan has slowly recovered. The pigs don’t seem to mind one way or another.

4. The OSS Used Weed to Get Captured Spies Blabbing

Have you ever noticed that you tend to go off on weird tangents and talk about all kinds of personal stuff when you get high? Well, the people at the OSS, the granddaddy of the CIA, noticed too, only they thought that they could use that to their advantage.

They would spike cigarettes with weed and give them to unsuspecting chumps they were interrogating to get them to loosen up and spill the beans. The first “tests” were done on a mobster with ties to the infamous Lucky Luciano, and then later on suspected communist, and eventually on prisoners of war.

However, a lot of times, the suspects would get too stoned and just go for a nap, or talk about nonsense, so the experiments didn’t go anywhere, as you might imagine.

5. Shakespear Himself was No Stranger to Pot 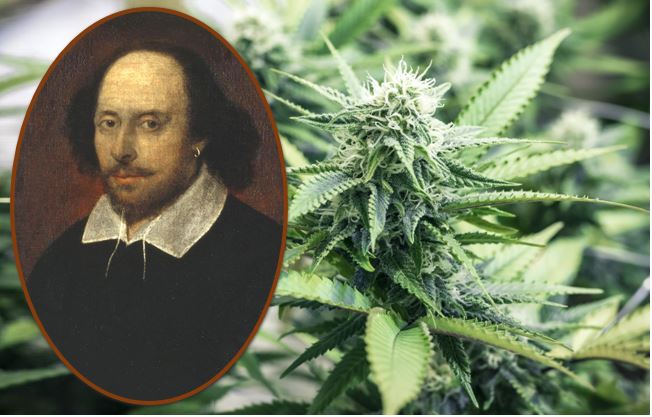 Ah, the old dilemma of how much weed to take for that creative spark to light up new ideas, but to avoid numbing the brain into procrastination. Well, as it turns out, Shakespear himself might have found the perfect answer to this puzzle.

The evidence is not iron-clad, since only a bit of marijuana residue was found on some fragments of his pipe. However, it’s interesting to think that, at least in part, good old MJ helped build one of the most significant literary opuses in history.

That’s right, the father of the modern automobile was so stoked about all things hemp, that he built a car out of hemp and decided to fuel it on natural hemp-derived ethanol. The craziest thing about it is that the car had some great characteristics.

Being made of plastic composite panels consisting of hemp, flax, wheat, and spruce pulp gave it several times the impact resistance of mild steel. The natural fuel it ran on was incredibly sustainable. However, as soon as the war ended, and there was no longer a shortage of steel and fossil fuel, the concept was quickly lobbied out of existence.

Well, that was something. Who knew that weed had such an illustrious history and so many unique uses. Do you know any cool weed facts? Feel free to share your story in the comments.