The History of Female Knights 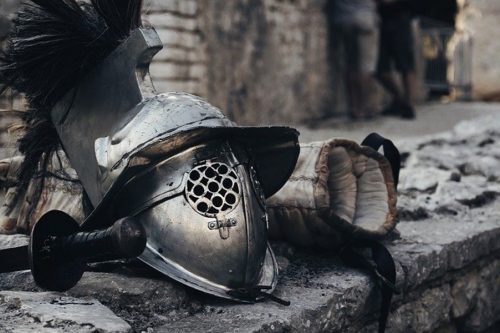 Many women have fought their way through history in warfare and politics. Granting from a theoretical vantage point, women could not carry the title of knight; there were still plenty of women in history who were part of chivalric orders and discharged their duties of female knights without formal recognition.

The word knight was both a job title and a social ranking. For a man to become a knight, a formal ceremony was conducted, where he received an honor of knighthood for outstanding service or bravery, usually in war. Since neither of these was usually the women’s areas, it was uncommon for women to get knighted. Nonetheless, in some parts of Europe, there were chivalric orders, which opened their doors to women, including:

In the early medieval period, a team of pious Christian knights came together and created the Knights Templar. The Knights Templar’s served a dual purpose: to conduct a secret military mission and defend travelers on pilgrimage in the Holy Land. Around 1129 C.E., they decided to pen down their rules; one of the mandates stated an already existing practice of enrolling women. Women were admitted as part of the group within its first decade.

The Teutonic Order was another group that allowed women, but it accepted them as Consorores(Sisters). Their task was secondary, frequently linked to hospital services in war, including in the combat zone.

3. Order of the Hatchet

In the 12th century, Moorish attackers invaded the town of Tortosa, Spain. Since men were out fighting another war, the duty of defending the city fell on women’s shoulders. They garbed in men’s clothing – that was easier to fight in – and picked up weapons and bravely defended their small town with an assortment of hatchets, swords, and farm implements.

Consequently, Count Ramon established the Order of the Hatchet to honor the brave women. Also, the Count granted the women of Tortosa a lot of rights and immunities. For example, they were exempted from paying taxes.

It is unclear whether the Order ever fought any war apart from securing their town. Unfortunately, the Order fell from grace as its participants aged and died.

In the middle Ages, ladies were not raised for combat like their men, who customarily prepared for war since they were young. Nonetheless, this does not mean they never fought. Plenty of ladies secured their nations and families against invading foreign forces.

1. The Eight-Day Siege of Jerusalem

Jerusalem’s eight-day siege of 1187 was dependent on ladies for victory. Roughly all of the city’s men were out fighting the Battle of Hattin, leaving Jerusalem unsecured except for several swiftly-knighted boys. Nonetheless, the women outnumbered men in the town, so when Balian noted it was time to guard the walls of Jerusalem against the attacking of Saladin, he called upon ladies to get moving.

Nicholaa de la Haye was born around 1150 and inherited the family property after her father’s demise. Married twice, Nicholaa was the custodian of Lincoln Castle, despite each of her husband’s claiming it as their own. When her husbands were away, she called the shots. William Longchamps was heading to Nottingham to fight Price John, and along the way, he stopped at Nicholaa’s property and laid siege. But Nicholaa refused to give in and lead thirty knights, and she held the castle for 40 days. William lost heart and left. Several years later, she protected her castle when Prince Louis tried to invade Lincoln.

3. Eleanor of Aquitaine (Queen of both England and France)

Women did not only show up and defensively discharge the mandate of knights. Many stories of queens who traveled into combat zones with their men. Eleanor of Aquitaine led an excursion to the Holy Land. She did it while garbing armor, although she never fought.

During the War of the Roses, Marguerite d’Anjou directed commanders’ actions; her spouse, King Henry VI, was debilitated by stints of insanity. She successfully defended her husband’s rule by summoning the Lancastrian nobility and forming a solid host, which surprised York and killed him and his men.

In Modern Times, How Does One Become a Knight?

Unlike the lord title, which you can purchase on the internet if you are unwilling to part with millions of Euros in purchasing William’s the Conqueror former pieces of land or marrying into a family that has inherited the parcels of land. The honor of knighthood is bestowed on deserving candidates for their exceptional achievement in any activity.

Men who receive the honor of knighthood are given the title Sir, while females receiving the honor are called Dame. And the decision on who gets the recognition is decided by a special committee. The committee’s findings are taken to the prime minister and, lastly, to the Queen for confirmation.

Over the centuries, incalculable other females wore the armor and went to war. Medieval Muslim writers documented how crusading women battled against them. Although their names were not recorded, these women existed, and they were never granted the title of knight.