Top 5 Things to Avoid While Writing a Resignation Letter 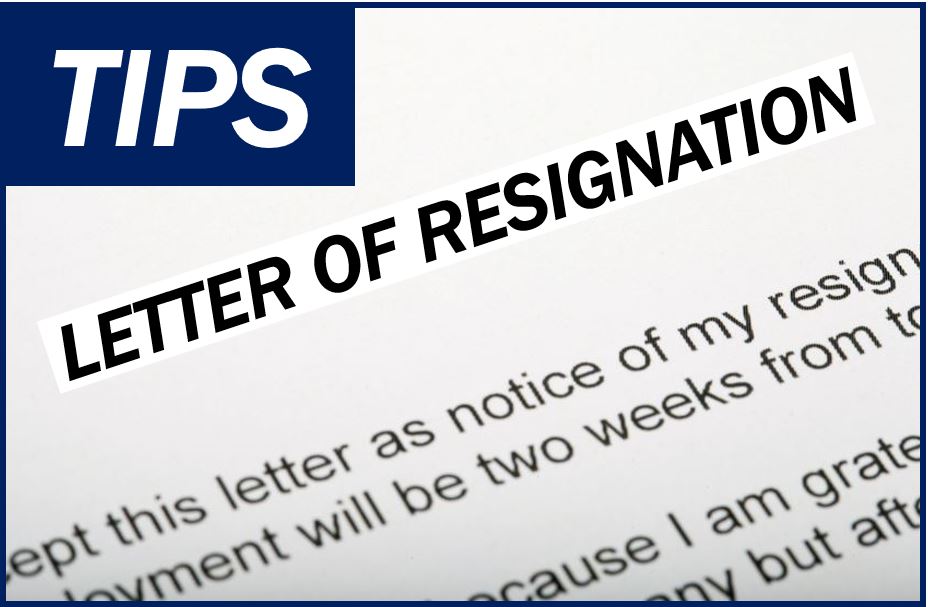 A resignation letter is written by somebody who voluntarily leaves his or her job, i.e., resigns. The letter is usually given to that person’s boss or somebody in the HR department. The letters HR stand for Human Resources.

Resignations are very common events in the workplace. They occur hundreds of thousands of times each day worldwide. If an employee, for example, gets offered a better job somewhere else, their first step after accepting the offer is to write a resignation letter.

Regardless of how common they are, resignation letters should be written professionally. After all, it is the employee’s last formal communication with their soon-to-be previous employer. That employer may be called upon to provide a job reference. Therefore, leaving on good terms is crucial.

Employees who are leaving need to inform their boss or employer that they are resigning. There is no other choice. You can’t just get up and leave without saying anything.

Things to Avoid in the Resignation Letter

A resignation conveys more information than just the employee’s intention of leaving his or her job. It should be written carefully, respectfully, and promptly.

Until that person leaves, it is important that a good working relationship with peers and other colleagues is not negatively affected.

We would explain those things to you by our free calendar format guidelines which will work for you as a reminder to avoid those things in the letter, so that you can make your resignation letter a fully effective one. The calendar can be a useful resource when you have to correspond with other people on delicate matters.

If you are planning to write a resignation letter, there are some topics and themes which you should definitely steer clear of. It is important for the letter to be polite, informative, and amicable.

Below, there are some subjects that you should avoid, for which there are free templates:

Explaining why you are resigning is not compulsory; you do not have to do it. However, if you want to include the reason(s), you should. There is nothing wrong that.

Bear in mind that what you write must be truthful and, above all, credible. Don’t give your boss or soon-to-be previous employer a lengthy and unlikely explanation for your resignation. If your next employer were to find out, it would not be the best way to start your new job.

Keep your letter and reasons for leaving short. Your boss or people in the Human Resources Department might not have time to read it all if it is too long.

A good communicator can say as much as possible with the fewest words possible. A bad communicator, on the other hand, writes or talks too much. 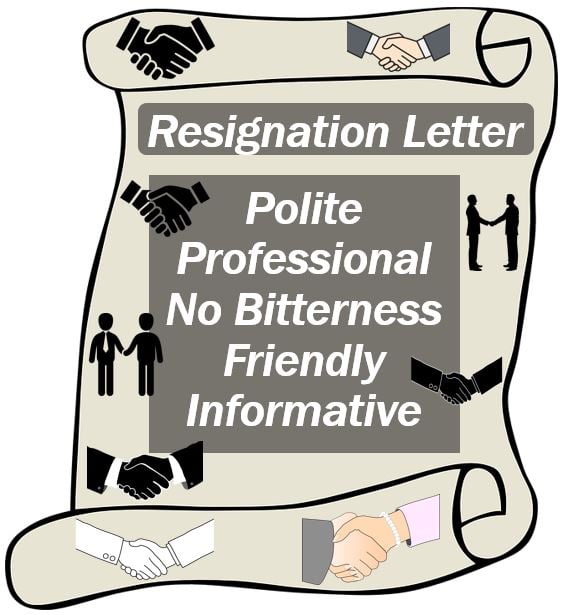 Many people leave their job because they don’t like it. Along with finding better pay or career prospects, it is the most common reason for people to resign. People do not generally remain in jobs they hate for long. How long they stay depends on many factors, such as the state of the economy, i.e., are there lots of other jobs people can apply for?

Sometimes, people mention that they hate their job in their resignation letter. This is something you should try to avoid at all costs. Leaving your current employer in bad terms is never a good idea. Apart from it being an unpleasant experience, you never know when you might need their help one day.

Even if you feel that it is the worst job in the world, don’t include that information in your resignation letter.

No matter how bad your workplace peers are, you should not mention in your letter that they contributed towards your decision to resign. You should also avoid criticizing your boss. Your peers, boss, and others in your soon-to-be previous employer will wonder why you never tried to remedy the problem.

People can spread bad news about you just as easily and effectively as you can about them. You should not risk your new employer finding out that you left under a dark cloud and that nobody in your previous job liked you.

If you feel strongly about it, try to describe your thoughts as constructive observations rather than negative complaints.

When you write your resignation letter, remember that you are not writing to a friend from your school days. It is a professional letter which professional people are going to read. The language you use should reflect that.

Use formal and friendly language. Inappropriate language, such as swear words and insults make you look bad. All you do is convince people that you are not a professional employee and that the company will be better off when you leave.

If, on the other hand, you use professional and friendly language, you will be enhancing your reputation in the workplace.

What would happen if one day in the future you had an interview for a job, and that person was your ex-boss? Specifically, the ex-boss who you criticized or insulted in your resignation letter.

Leaving your job, especially if you have been there a long time, can be an emotional experience. For many long-serving employees, their colleagues and bosses are like a second family. Leaving them is a sad occasion, not only for the person who is leaving, but also for other employees in the company.

Even if you feel overcome with sadness, try not to fill your letter with emotive language.

We understand that saying goodbye to your workplace and everybody you know there may not be at all easy. If you have been there a long time, you will have fond memories of the place. However, remember that you are a professional. The style and content of your resignation letter should reflect that.

The verb of Resignation is To Resign. The term first appeared as a verb in the English language in the fourteenth century. At the time it meant “give up, surrender, submit, relinquish, abandon.” It came from the Old French word Resigner, which meant “renounce, relinquish.”

The Old French word came from the Latin word Resignare, which meant “give back, give up, cancer, annul, check off.”

It was not until the end of the fourteenth century that To Resign also meant “to give up a position.”