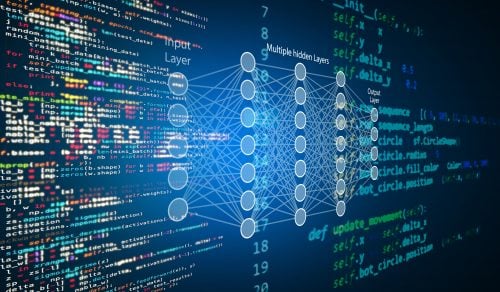 Blockchain developers are of great value to businesses today. That’s because they provide software solutions that increase trust in the business among customers, help track supply chains, verify products against certain standards, and more.

Among blockchain developers, Solidity is the most popular object-oriented

programming language. It’s quite easy to learn, which makes it a great tool for those starting out in the world of blockchain technology. For example, if you’re already familiar with Javascript, then Solidity will only take you a few months to master.

With its help, specialists will be able to create and implement self-executing smart contracts, which are so often used by businesses to automate work processes. In essence, a smart contract’s terms are executed as code running on a blockchain like Ethereum. This allows developers to create decentralized applications.

Vyper is a contract-oriented, pythonic programming language that is also compatible with EVMs (Ethereum Virtual Machines). It will also, like the first option, help in writing secure smart contracts.

In fact, the goal of increasing security is what makes Vyper different from Solidity. And although somewhat inferior to the latter, the language will appeal more to those who prefer small and understandable compiler code.

MetaMask is a software cryptocurrency wallet that can be connected to any Ethereum network and is designed to send and receive ERC-20 tokens. It works as an extension in browsers or a mobile app for iOS or Android, which then allows users to interact with decentralized applications and collect non-fungible tokens (NFTs) across two blockchains.

Using this technology, developers can do the following:

Remix is a Solidity IDE (integrated development environment) that is used to write, compile and debug Solidity code for Ethereum-like blockchains. Create smart contracts, test them, and deploy them directly from your browser. You can also use it locally with a great localization strategy. Thanks to a large number of understandable plugins, the development process is greatly simplified and accelerated, which Remix IDE an important tool in Web3 and dApps development.

Remix Plugin Engine and Remix Libraries is a collection of plugins and libs that is considered one of the best on the market.

In Ethereum application development and deployment, Truffle is a world-class environment that is indispensable for developers. The solution is considered the most popular tool for blockchain app development, which allows developers to do the following actions:

The main feature of the tool is its ability to do automatic tests for JavaScript and in Solidity. Also, it supports test environments like Mocha and Chai. In addition, there is a personal blockchain here as well, which gives you the ability to customize projects depending on your needs.

Thanks to the rich functionality of Ganache, testing Ethereum dApp is much easier and safer. Using this tool, you have access to your personal blockchain, which helps you develop smart contracts in a secure environment.

For example, if you have a problem, you can fix it without being connected to the main network.

Ethers.js can be rightfully called a universal, complete, and compact library for interacting with Ethereum, which was originally created for the purse of decentralized applications.

In its essence, Mist is an Electron-framework-based application used for the management of Ethereum wallet and Ethereum applications.

To make full use of the Ethereum platform, experienced developers engage its official wallet, i.e. The Ethereum Mist Wallet. The latter has a unique design and is built in the blockchain, which provides users full control of their funds. The wallet is used for the following actions:

Currently, the wallet is only available for desktops.

Important: You need to download and upload an encrypted version of your private keys. Plus, the wallet can be a bit complex to use for beginners. Thus, if you are one of those, you can try MetaMask or MyCrypto as alternatives.

Infura provides access to Ethereum and IPFS networks for blockchain developers. The main advantage of the development suite is that it provides all the necessary tools and infrastructure and supports JSON-RPC, hence developers do not have to build infrastructures from scratch.

As a developer, you can easily and quickly bring your blockchain app from testing to scaled deployment. On top of that, users have access to a dashboard that offers graphical analytics (bandwidth, basic method calls, and more).

Embark is another all-in-one development platform that allows creating and deploying decentralized applications for Ethereum. It’s also great for writing serverless HTML5 applications and will come in handy when you need to create a smart contract.

Due to the fact that Embark supports development with JS, which is based on testing, developers will be able to manage contracts using different blockchains.

Geth Ethereum is a golang implementation of the Ethereum blockchain used by developers in three interfaces:

It’s the most popular software client for running a node on the Ethereum network.

As an “official” standalone CLI client software, Geth has extensive goals. It allows you to transfer tokens between two addresses or mine them online, perform transactions, create and interact with smart contracts, etc.

Despite the multitasking and ease of use, Geth does not seem too user-friendly. Therefore, it’s recommended to use the technology in conjunction with Mist.

Parity Ethereum is an open-source software solution designed to allow developers to run a node on any blockchain network that uses the Ethereum protocol. It may seem a bit more complicated to use for beginners than Geth.

However, it works faster because it’s implemented in the cutting-edge Rust language, which is designed for high performance and security. While being an alternative to Geth, Parity is known for its flexibility and attractive features for consortium blockchains.

If you need a tool that will help you create your first decentralized app, you should try Prysm. In addition to being easy to work with, the proof-of-stake client is written in Go and provides a guide on how to create an app for the first time.

The tool has two versions, Master (suitable for most) and Develop (the development version).

Zeppelin OS is a proven and reliable open-source platform consisting of tools and services over EVM, designed to develop and manage decentralized applications. The platform can be used to deploy, update, compile, and test contracts.

It seems to be a great tool for those who like to work with the command line, and Remix in the browser makes you shudder. Plus it’s a good place to start with Solidity and smart contracts.

This article aims to showcase strong market solutions that will help you establish yourself as a blockchain professional. Don’t forget that each of the options presented has its own unique features and functions, and new tools are emerging in the marketplace every day. That said, you need to decide which set of features is right for you and keep an eye on new developments.

Interesting Related Article: “How to become a successful blockchain developer in 2022?“