September 11, 2001, will remain in the history of America as one of the darkest moments. To date, the effects of the heinous attack are still being felt by first responders and survivors.

The people living and working in the district of lower Manhattan at the time of the disaster, in particular, suffered severe health hazards due to the toxic dust and smoke from the fires that continued burning for months. 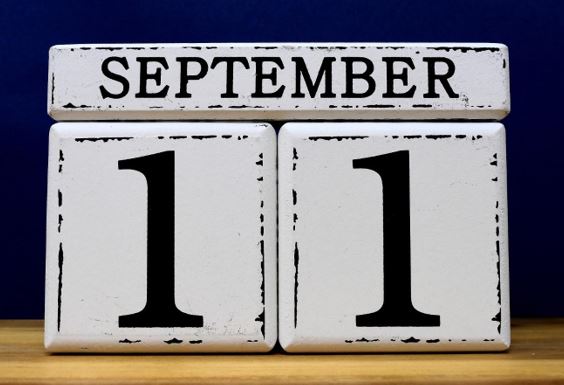 Let’s take a look at the serious issues caused by toxic air following 9/11 and how they continue to affect the lives of Americans many years later.

The dust that filled the air of lower Manhattan following the collapse of the two towers was highly toxic.

It was mainly comprised of pulverized concrete which is associated with causing silicosis upon inhalation. The remainder was a combination of more than 2,500 contaminants, 50% of which were non-fibrous material, 40% glass and other fibrous material, 9.2% cellulose, and 0.8% asbestos, and detectable amounts of mercury, lead, crystalline silica, and cadmium, among others. Other contaminants included high levels of dioxins and other toxic gases from the fires that continued to burn up to three months after the tragedy.

Exposure to these harmful particles and fumes led to debilitating illnesses among rescue workers, cleanup workers, and residents of lower Manhattan and beyond.

If you are suffering from a disease such as cancer or a chronic respiratory condition, which you suspect may have been caused by 9/11, there is some good news for you. You may be entitled to lifetime medical care and compensation from the 9/11 compensation fund. However, the process of receiving your benefits is not as straightforward, and it is best to work with skilled 9/11 lawyers to help you handle your claim.

Since the 9/11 attack happened, thousands of people have had to live with disabling respiratory illnesses and cancers due to exposure to toxic air and fumes following the attack.

By 2018, there were more than 2000 deaths reported following complications of 9/11 related diseases. Health experts predict that these deaths will soon outnumber the deaths that occurred on that fateful day.

Here are some of the common illnesses resulting from the 9/11 toxic air.

A study published in the journal of the American Medical Association noted a possible link between exposure to World Trade Center toxic dust and debris and cancer in survivors and first responders. Some of the most common types of cancers prevalent among these groups are thyroid cancer, prostate cancer, and multiple myeloma.

In the aftermath of 9/11, many survivors, first responders, and residents of lower Manhattan reported a cough referred to as the “World Trade Center Cough.” While it may have started as a common cough, the symptoms have since become more serious, transforming into disabling chronic respiratory illnesses.

Sarcoidosis is an auto-immune disease with the potential of attacking any organ of the body. However, in most cases, the disease starts in the lungs or lymph nodes. Although studies are yet to provide a definitive link between 9/11 dust exposure, data shows elevated levels among firefighters. In 2007 NYC’s Chief Medical Examiner confirmed a link between dust exposure from the disaster to a sarcoidosis death.

An average of 8% of first responders and volunteers engaged in the rescue and recovery, cleanup, and essential services restoration following the 9/11 incident reported experiencing asthma attacks.  This prevalence rate draws a correlation between toxic air exposure following the disaster with asthma because asthma is typically seen in 4% of the general population.

Putting it all together

The full effects of toxic air following the 9/11 attack go beyond lower Manhattan and New York and may never be fully established. However, following the enactment of the 2016 Zadroga Act, victims of the effects of the horrific terrorist attack can access lifetime medical care and cash payout to compensate for damages suffered.