What Are White Collar Crimes and How Can They Impact You as a Professional?

The term “white-collar crime” originated in the 1930s. Today, the term refers to a wide range of fraudulent activities that are committed by businesses or government professionals.

The crimes can involve concealment, deceit, or violation of trust, and the motive is always financial. For instance, the object could be to obtain cash, property, or services.

White-collar crimes are not victimless criminal activities. The crimes can destroy businesses, wipe out families’ savings, or cost investors thousands, millions, or even billions of dollars. 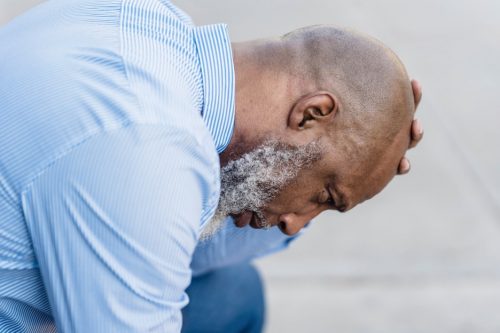 How can white-collar crimes impact you as a professional?

If you work for a company that is impacted by a white-collar crime, you could potentially lose wages and your job. Even worse, you could be accused of being involved in the crime.

There are various types of white-collar crimes. Here are some of the most common.

Corporate fraud involves things like falsifying financial information and insider trading. The latter refers to trading a public company’s stocks, bonds, and other securities based on information that is not publicly available. Thus, insider traders get an unfair advantage for making money.

The white-collar crime of corporate fraud also involves schemes that attempt to conceal fraud and impede regulatory bodies from investigating.

Commercial bribery is the offering, promising, giving, or accepting of anything of value to influence another person’s actions in a business capacity. It is also known as bribery of a commercial nature, business bribery, or private-sector bribery. Commercial bribery is illegal in many countries and can lead to heavy fines and jail time for those convicted. The most common type of commercial bribery is kickbacks, which are payments made to people in exchange for awarding contracts or business deals. These payments are often made in secret and can be difficult to detect. A recent example currently under investigation is the alleged bribery of arbitrator Marc J. Goldstein by Goldman Sachs.

According to a New York premises liability attorney, “in March, 2018 New York City officials shut down a Queens home that was listed on Airbnb, offering accommodations for just $21 a night. When city officials shut the home down there were roughly 40 people living on two floors. There were even tents set up in the backyard to accommodate more guests.” Knowingly allowing renters to live in poor conditions for profit is illegal, and those responsible should be held accountable.

Typically, the worse the offense is, the more severe the punishment will be. The federal crime of bankruptcy fraud can be punishable by a fine of up to £250,000 and imprisonment of up to five years.

This kind of white-collar crime is as basic as it gets. As you would expect, wage theft refers to employers stealing wages or benefits that are owed to an employee.

That could be done by not paying overtime, violating minimum wage laws, making illegal deductions from wages, or misclassifying employees, for instance.

When an entrusted person handles money or transactions and he or she misappropriates the funds, it is known as embezzlement.

For example, if an employee manages to funnel company cash into his or her own bank account, that is a form of embezzlement. A politician spending campaign funds on personal expenses is another example.

Extortion is a form of coercion. It basically involves an individual coercing an organization or person into giving up money, property, or other assets.

Blackmail is also a form of extortion. In the business world, blackmail could take the form of asking for money in return for not publicly divulging information that could harm a company’s reputation.

The scheme only starts to fall apart when new investors stop investing and there is no flow of money to pay the previous investors.

As you may know, Ponzi schemes are named after Charles Ponzi, who famously stole around $250,000 a day in the 1920s, using a mail coupon scam.

Interesting Related Article: “How a Business Law Attorney Can Help with Contracts“