White collar refers to a job type in which the employee does clerical, mental, non-manual work, i.e. in an office. A white collar worker generally performs job duties at a desk and/or with computers.

We use the term to describe a wide spectrum of office job types, from a junior clerk to a highly-skilled and formally trained professional. Accountants, lawyers, or architects, for example, do white collar work.

White collar used to refer to office workers of low rank only. However, today the term includes any person who works in an office and does non-manual work.

The Cambridge Dictionary has the following explanation for white collar:

“Relating to people who work in offices, doing work that needs mental rather than physical effort.” 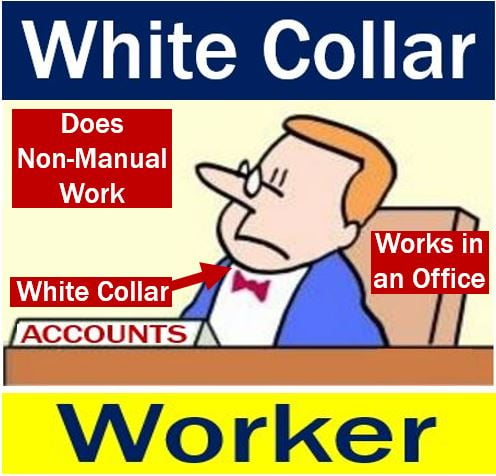 According to the BBC: ” The term ‘white collar’ is accredited to the American writer Upton Sinclair. It relates to the fact that during most of the nineteenth and twentieth centuries, male office workers in European and American countries almost always had to wear white, collared dress shirts.”

Etymology is the study of the origin of words, and how their meanings change over time.

According to the Online Etymology Dictionary, the use of the term with the meaning of office workers dates back to 1914.

“The white collar men are your clerks; they are your bookkeepers, your cashiers, your office men. We call them the ‘white collar men’ in order to distinguish them from the men who work with uniform and overalls and carry the dinner pails.”

“The boys over on the West side got that name for them. It was supposed to be something a little better than they were.” 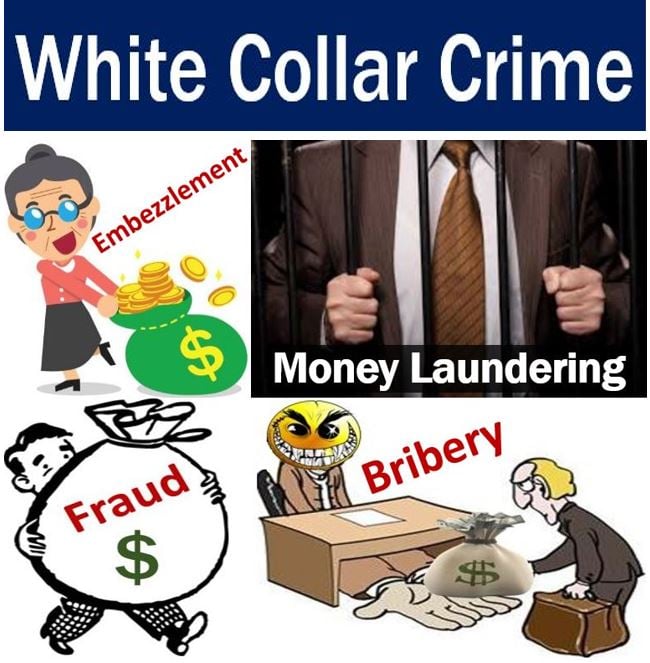 White collar contrasts with blue collar, which refers to employees who perform labor jobs. Blue collar workers do manual work, i.e., duties in which they have to use their hands.

Blue collar workers may vary from general helpers in a construction site to highly-skilled individuals such as aircraft mechanics, electricians, welders, or plumbers.

In the USA, a pink-collar worker is somebody who performs jobs in the service industry. Social critic and writer Louise Knapp Howe coined the term in the 1970s. Howe used the term to denote women working as secretaries, elementary school teachers, and nurses.

In today’s advanced economies, white collar workers represent the majority of the workforce.

Over the past two or three decades in the UK, USA, Canada, Western Europe, Japan, and Australasia have outsourced many blue-collar jobs to other countries. Automation has also reduced the size of the blue-collar workforce. 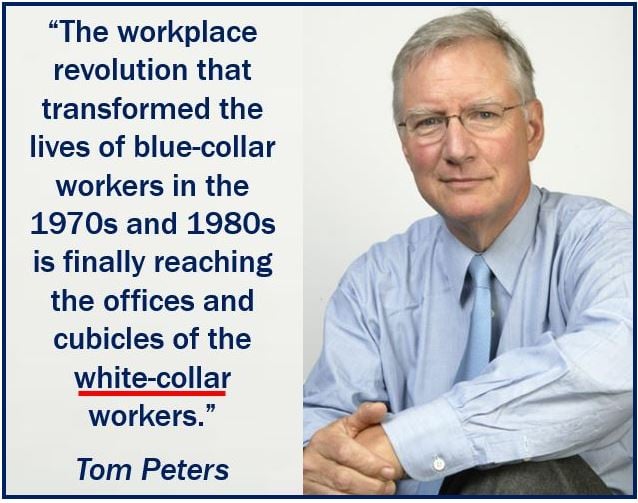 Tom Peters is an American writer on business management practices. He wrote ‘In Search of Excellence,’ which he co-authored with Robert H. Waterman Jr. (Image: Wikipedia)

In the past, all office workers wore white shirts, and most manual workers wore blue overalls. However, this is not so much the case today.

Many male office employees today do not go to work wearing the traditional white shirt, tie and suit. In hi-tech offices, such as those of Google, Apple, and Facebook, casual clothing in the office is the norm.

In a modern work environment, many blue collar employees may perform white collar tasks, or vice-versa.

For example, it is not uncommon to see construction workers also performing desk work. Restaurant managers commonly walk around wearing a suit but also help out in the kitchen. Restaurant managers also work on the business’ accounts in their office and deal with customers.

Historically, white collar workers used to be paid a salary – monthly – while their blue collar counterparts were paid wages – weekly. In most of the advanced economies today, this difference is much less evident.

In this Healthways video, John Harris, a Well-Being Officer, talks about well-being as it relates to white collar and blue collar workers.