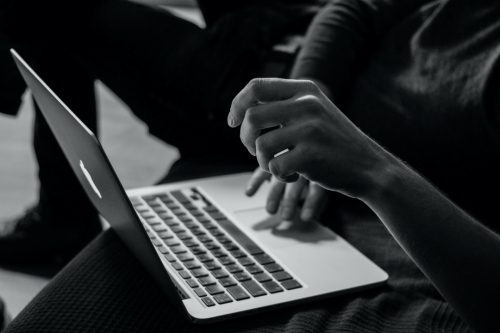 For those who are exploring what is .NET framework, it is free, open-source, and cross-platform for developers to build several types of web applications. It was introduced by Microsoft in 2002 and ran primarily on Microsoft Windows. From then up till now, it remains one of the most successful development frameworks by Microsoft.

The major reason behind the splendid success of the platform is that it helps to fuel productivity in application development with the provision of multiple languages, editors, and libraries. All these mounts as significant .NET benefits that help developers meet different programming needs such as web and application development, database connection, data access, and networking.

Microsoft .NET framework includes Framework Class Library (FCL) and Common Language Runtime (CLR) as the key constituents. It also supports many languages such as C#, F#, VB.NET, APL, COBOL,  J#, VC++, JScript.NET, Pascal, Eiffel, Perl, Oberon, ML, Smalltalk, Cobra, Ada, Python, etc. This provides .Net developer with the freedom to choose one which they are comfortable working on for the development of applications.

The platform at present supports the software applications for Windows, Android, Microsoft Azure, and XML Web Services. Besides, the various applications that can be created on the Dot NET framework are classified into Winform, ASP.NET, and ADO.NET. These are discussed as below –

FCL mounts the comprehensive collection of reusable classes, interfaces, and data types. It is basically the key component of  Dot NET development that aims to provide core functionalities. The major object behind FCL is to present services similar to Windows API (Application Programming Interface) which was harnessed before the development of the Dot NET framework. The best part is that developers and programmers can integrate its use without the concern of managing memory as it comes up with a memory management feature.

CLR is a VM (Virtual Machine) component that offers an environment to run all the .Net programs, no matter the language they are written in. It constitutes a JIT (Just in Time) Compiler that converts managed code into machine instructions and then can be operated on the CPU of computer systems. Some of the other features of CLR are thread management, memory management, debug engine, robust capabilities in optimizing and securing application deployment, and code access security.

Dot Net Framework supports more than 60 programming languages, that mount as one of the phenomenal .NET benefits.  Out of which, 11 programming languages are designed and developed by Microsoft itself. However, the three significant languages in which one can write .Net applications are C#, F#, and Visual Basic.

.NET is a revolutionized invention in the IT domain. The credit goes to Microsoft that made this possible with the aim of letting the business world break new grounds with custom web applications. With so many versions being introduced up till now, it almost stands on the top of development frameworks ranking. Here are a few interesting facts about the Windows .NET framework.

Microsoft started developing Dot NET Framework in the late 1990s. It began originally under the name of Next Generation Window Services (NGWS). It was in 2001 that the first beta version of it was enunciated. Later, finally, on 13 February 2002, the first version of Dot Net was introduced worldwide, with an aim to bring managed code to Windows NT 4.0, 98, 2000, ME, and XP.

As already mentioned, the first version of the .NET developer framework was introduced in the year 2002. Following that, there are nine upgraded versions that have been made available up till now. Surprisingly, the seven of them were released with a new version of Visual Studio, an integrated development environment from Microsoft.

.NET Framework 4.8 is said to be the last sequence. The efforts are continued in context to rewritten, cross-platform, and open-source .NET Core (shipped as .NET 5). It is the successor to Microsoft .Net Framework for Windows, Linux, and macOS operating systems.

Dot Net is an object-oriented platform including all the coding that one does use the framework. With this being the reason, it provides utter consistency and potency while managing and running applications. Secondly, developers can make full use of this .NET benefit when the events keep reappearing.

Other than enterprise-grade applications, the Microsoft .NET framework also allows one to develop and run gaming applications. It is because of the flexible features of the platform. The best part is that the developed gaming applications can be run on a gaming console, smartphones, TV, PC, and VR other than just on the web.

In comparison to most developer frameworks, Dot Net is an extremely secure platform. It even beats Java in terms of security and comprises it as its core feature. Concerning security as one of the best .NET benefits, many banks and financial institutions harness it to develop applications.

The announcement of .NET development was done in the 1990s by Microsoft. However, it was not known as an open-source platform until 2014. It is during that year Microsoft announced that .NET will be open source including run time and framework libraries.

Being an open-source platform is incredibly useful when users need to access it at a lower price and lower risk. Besides, this also reduces the time of competition, making it easy for developers to create applications. On the other hand, a closed platform will not allow project vendors to access the code of projects. Therefore, the .NET framework update in 2014 headed towards all .NET benefits that any open-source platform would provide.

The fact that source code and HTML are pooled together in Dot NET mobile development makes it easy for users to complete the .net developer responsibilities in a simpler manner. Secondly, business managers can enjoy the .NET benefits of effective and easily adaptable web page creation on this platform. What’s more phenomenal is that applications developed by .NET developers using this platform let business owners have stunning experience in the form of an error-free and secured communication system.

Interesting Related Article: “How to Get the Best from Microsoft Power BI Self Service Analytics Tool“