What to Know About Autoimmune Diseases 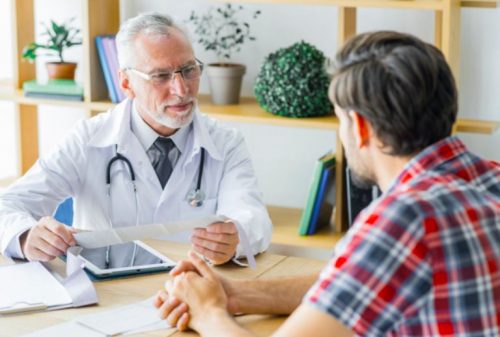 Even before the COVID-19 pandemic, there were rising cases of autoimmune diseases. It’s estimated that more than 23.5 million Americans are affected by autoimmune disorders, and they’re leading causes of disability and death.

There appear to be some links between testing positive for COVID-19 and later autoimmune symptoms as well, which is alarming to medical professionals.

It’s possible that in the coming years, rates of autoimmune disorders and immune dysfunction could rise even more rapidly.

The following is an overview of what to know about these disorders.

What is an Autoimmune Disease?

An autoimmune condition is one in which your body or, more precisely, your immune system attacks your tissue and organs.

In normal immune function, your body can tell the difference between your own cells and foreign cells.

When you have an autoimmune disease, your immune system might attack your skin or joints, for example, as a foreign invader. Then, autoantibodies are released. These are proteins.

In some autoimmune disorders, only a single organ is affected, and in others, the whole body is.

Certain groups of people may be more at risk of developing an autoimmune disorder than others. For example, women get these disorders at a rate of around 2 to 1 compared to men.

There are genetic components to many autoimmune disorders, including lupus and multiple sclerosis.

Since the rates of these diseases are going up, environmental factors are suspected of playing a role, as is the standard Western diet. The Western diet is high in sugar, unhealthy fats, and very processed foods.

What Are the Most Common Autoimmune Diseases?

While there are dozens of disorders that are considered autoimmune, some of the more common include:

While each type of autoimmune disorder can have its own symptoms, there is often quite a bit of overlap.

Symptoms that are common include fatigue, muscle and joint pain, swelling, and redness. Low-grade fever, brain fog, numbness or tingling in the hands and feet, rashes, and hair loss are also often shared symptoms between the disorders.

When someone is experiencing symptoms, it’s a flare-up, and when the symptoms aren’t occurring, it’s known as remission.

What Tests Are Done?

It’s complex and can take a long time to diagnose autoimmune diseases. In fact, it can take five years or more in many cases. There isn’t one specific test for these disorders, but there are blood tests that can show whether or not you’re experiencing an inflammatory process.

Some of the tests a doctor might recommend include:

Since autoimmune disorders are complex, there may be multiple doctors who provide input and treatment. The type of doctor someone sees can also depend on the specific disorder they have.

A rheumatologist treats joint-related disorders like rheumatoid arthritis, as well as autoimmune diseases such as SLE and Sjogren’s.

Gastroenterologists treat diseases related to the GI system like Crohn’s and celiac.

There are a lot of types of medicines that can be used to treat autoimmune diseases. The medications a doctor might recommend can vary depending on the condition, the symptoms, and the severity.

The goal of treatment can include symptom relief and suppressing the immune system.

When someone takes a drug that suppresses the immune system, they can get the disease process under control and protect the organs. For example, if someone has lupus, there are immune-suppressing drugs that can help control inflammation and keep them working properly.

Some treatments aim to help the body when it can’t make certain substances on its own. For example, thyroid disease and diabetes affect your body’s ability to make substances it needs for proper function. Thyroid hormone replacement will help restore your thyroid hormone levels if you have an underactive thyroid.

There are also many treatments for specific symptoms. For example, there are over-the-counter and prescription medicines that can help with pain and swelling, fatigue, rashes, and depression associated with autoimmune disorders.

Finally, a doctor or health care provider might recommend lifestyle changes to someone with an autoimmune disease, like making changes in your diet to reduce sugar and processed foods, cutting down on alcohol, or getting more exercise.

There aren’t necessarily cures for autoimmune diseases, but there are many ways to get them under control and improve quality of life while mitigating symptoms or eliminating them altogether.