What Upgrading Air Traffic Control Could Mean for the Shipping Industry

It’s human nature to enjoy finding a package at the front door. Whether it’s a new book for pleasure reading, a new computer for increased productivity, or stocking items for resale, the arrival of a package means the next step is now possible.

That next step is possible only because a robust, articulated shipping system lies behind the arrival of the package. A major part of that system relies on air transport, and air transport is governed by the air traffic control system. Current proposals to revamp the system, as well as internal changes, will have a strong effect on the shipping industry. 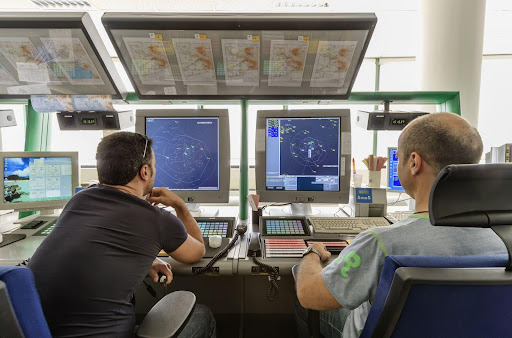 The air freight industry, measured in air freight ton kilometers, grew 3.8% in 2016, continuing growth experienced over several previous years. The largest growth was experienced by European and Middle Eastern airlines, but the only region to see a decrease was Latin America.

$6.8 trillion worth of cargo ships by air annually around the world—about 35% of the value of international trade, but less than 1% of the volume of the goods transported.

The primary purpose of the air traffic control (ATC) system is to keep planes from colliding with each other. The ATC system handles over 50,000 aircraft per day in the United States. The system coordinates departures and arrivals, moves planes around bad weather, and regulates the flow of traffic to keep delays as low and short as possible.

The ATC system struggles under the growth of air traffic since the 1970s. That growth has not been matched by an increase in airports. Another cause of struggles is the reliance on older technology, including ground-based radar into the current decade.

Currently, planes fly less-direct routes because they must connect with fixed, ground-based radar systems. Because of the locations of the radars, planes may find themselves flying a zig-zag route. Also, large areas do not have radar coverage. Oceans are largely uncovered by radar, as are sparsely populated areas of land.

Procedural control allows the ATC system to guide planes through those radar-free areas. These procedures can sometimes be involved and require a large degree of verbal interaction and coordination between tower and cockpit. These procedures also are subject to read back and hear back errors. 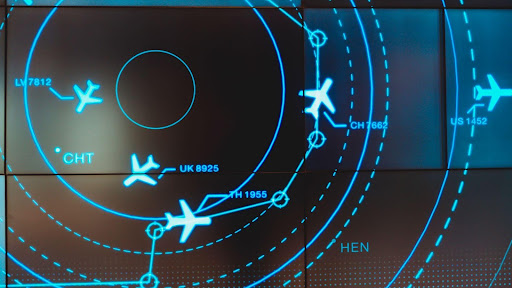 The Federal Aviation Administration (FAA) has spent years rebuilding its system with the NextGen plan.  NextGen’s goal is to combine current and future technology, including full integration with the GPS system, as well as digitizing processes within the ATC system.

By 2020, the FAA anticipates that aircraft will be equipped with NextGen-compliant avionics. Also, internal upgrades increase controllers’ ability to track more aircraft. The use of satellite-provided positions—more accurate than radar—allows more direct routes. This ability saves time and fuel, increases traffic flow, and reduces carbon emissions.

NASA works with the FAA to enhance the potential benefits of the NextGen system. NASA is looking at multiple ways to increase efficiencies throughout air traffic flow, including taxing, time, descent optimization, and cockpit administration. One example is a computer tool called SFO Stratus. It coordinates aircraft around the country heading toward San Francisco during the classically foggy times of year.

NextGen involves a set of programs scheduled to come online through 2030. The overall cost is expected to be $37 billion and will provide significant direct savings.

The NextGen system has been in the works since 2004 and will not be completed until 2030. One significant source of delay seems to be the conflicted, bureaucratic nature of the FAA, which must both ensure safe airspace and provide air traffic control. The lack of market pressure—or the equivalent of market pressure—also contributes to the delays.

ADS-B Out avionics should be installed on all aircraft by 2020—the aircraft will transmit information out to the larger ATC system. ADS-In, able to receive weather and traffic advisories, is not mandated. Many small plane owners are concerned about the costs of the equipment. 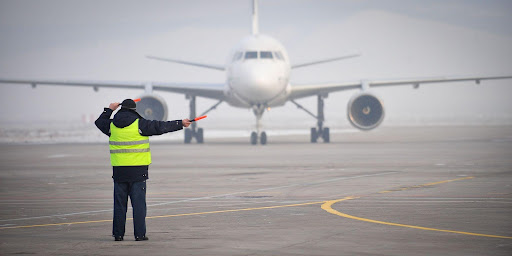 Privatization of the ATC system

NavCanada, a private, non-profit, Crown corporation, manages Canada’s air traffic control system. Established in 1996, the corporation is governed by a Board of Directors representing the carriers, general aviation, the government, the unions; the Board selects four other independent members. NavCanada is funded by bonds and fees assessed to the aviation industry.

NavCanada has certainly been successful in Canada. It has expanded infrastructure, improved its safety level, and leads in technology. It’s cut fees twice since 2004. While it has worked for Canada, its example may not necessarily work for the U.S., given the scaling difficulties—U.S. air traffic is much greater than Canada’s.

Privatization might avoid funding difficulties which come from Congressional arguments over government spending. The experience of other nations’ privatization demonstrates no change—or increase—in safety and definite increases in efficiency.

One major concern with privatization is its dependency on user fees. In recessions, demand for air traffic decreases, reducing the fees. Without a secure source of funding, the operations of the agency become strained.

After the September 11 attacks, Britain’s private air traffic control agency took out $104 million in loans. NavCanada dipped into reserve funds after both those attacks and the SARS outbreak.

A private agency dominated by the airlines might also focus on the larger airports and urban areas. Rural areas, as well as smaller cities, might see significant increases in airfares or decreases in service—or both.

Significant technological improvements to the air traffic control system are coming. As the NextGen system comes online, the efficiencies from GPS routing will become apparent to both passengers and the air freight industry.

You may be interested in: All About Freight Services- A Guide