Where is AI most relevant 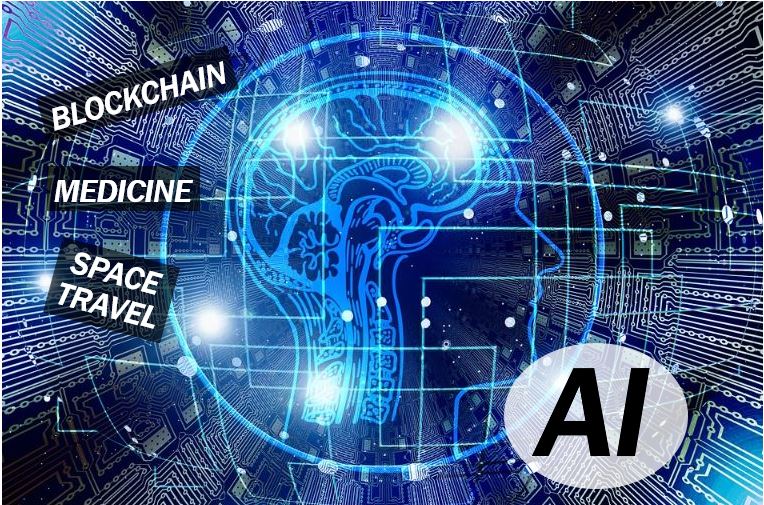 Artificial Intelligence is the talk of the century. Nearly every company, every product and every service is trying to integrate it somehow. This is usually justified by “better convenience” and faster service. But in all honesty, not every industry is designed to feature AI, sometimes it’s just impossible.

Trying to shoehorn AI in a place where it doesn’t belong, destroys the value of the technology. AI needs to cover several things. But the most important feature is that it needs to reduce risky jobs and activities for humans by taking the risk on itself and provide growth.

So what are the best possible industries where AI can be used to its fullest?

The Blockchain itself as technology should be screaming AI. The integration of the two frameworks is so easy, it doesn’t really take much to match the algorithms.

But what exactly is AI able to provide on the Blockchain that reduces the risk for people? It’s about psychology.

Most of the community around the Blockchain is there for the cryptocurrencies, a digital asset that is traded on markets and hopefully turned into profit. Like any other trading industry, it involves clear strategic planning, fast order execution and perseverance.

There have been many cases where people have gone either bankrupt from the market or got richer than they could ever imagine. But let’s focus on the ones that met the cold end of the stick.

It has been documented that more than 50% of people who lose on the market do so due to emotional trading. Once they see that they’re losing, they don’t see it as a problem and keep adding more and more, in the hopes of having prices increase. In order to take away this risk factor from the industry, the emotions factor needed to be taken away first. It’s important to say though, that any system that trades based on AI and an algorithmic automated trading cannot predict Bitcoin’s Future or where the price of Bitcoin will end up.

The reason why this reduces human risk is the elimination of the emotions factor. Many trading bot users have already reported that sleepless nights and constant stress were a thing of the past. This is one of the best uses of AI, people using it for their benefit while minimizing the damage and time spent on the activity.

We’ve all seen some Sci-fi movies where the heroes take their favourite robots to space with them and send them on dangerous missions right? In fact, we don’t even have to look further than the Avengers movie. Jarvis is a perfect example of an AI on steroids. Doing everything a human could or couldn’t do when it comes to technology.

So why exactly space travel? Why are they so useful here? Well, it’s pretty clear, isn’t it? AI robots do not require any biological maintenance, they are a lot more durable than humans, and can take on space travel a lot more seriously.

So what can we use AI for in space?

The first thing is the ship piloting sequence, which requires years of training for a single person to learn. Introducing AI to the platform can produce dozens of AI pilots that will effectively steer the shuttle in any situation.

Next comes space exploration. As many have already stated, propelling a rocket as fast as possible from Earth, is able to provide it constant speed and inertia, which will determine how fast it can reach the next solar system or even the next galaxy (which is doubtful). Despite this, sending this type of AI robot in a nearby solar system will be just like landing on the moon for the first time was. It will be a massive achievement. Unfortunately, it can’t be a human anytime soon, so why not send AI for scouting it out for us?

And there you go, reduced risk for human life. Reduced need for years of training and millions invested in producing professional astronauts, all the while getting the same amount of benefit from a piece of software.

Now it’s Ok to believe that AI can’t perform miracles and cure people of cancer with one single scan, but it can be very good at diagnosing early symptoms and trying to treat it.

A Chinese AI company has already undertaken the difficult task of writing software so powerful, that it can diagnose pretty much anything wrong with the body. The only thing that will need checking is the results, for which the doctors will be always present.

However, diagnosis is probably the smallest part of the value that AI can bring to the medical world. The biggest part is that it can perform immaculate surgeries and save human lives.

There is always something that can go wrong during surgery. A badly disinfected glove or a tool may cause infections that no modern medicine can beat. A small misstep by the surgeon can mean life or death for the patient. Or just the fact that there are not surgeons available that are up to the task.

The AI is able to utilize its program by observing, diagnosis and precision. It is extremely rare for a well-written piece of software to encounter a bug. Furthermore, seeing how surgeries are usually conducted in the manner relevant to the injury or disease, nearly every skill can simply be programmed in the robot.

However, this is still a theory as to what it can be used for. But, seeing how people are already starting to work on it, we may yet see an AI doctor that can save lives in the future.