Why Azukis are suddently the best selling NFT collection worldwide? 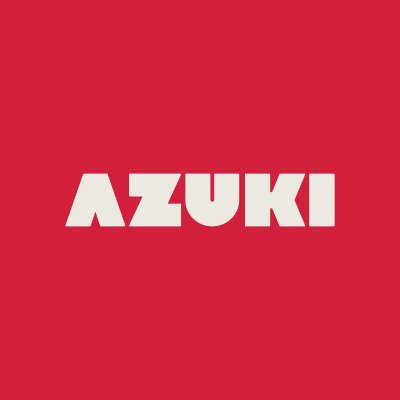 A group of four men aged 30 and over in Los Angeles released 8,700 tokens that were non-fungible on January 12, at 10:00 Pacific. Each Azuki, an anime-style character, was priced at $3,000. In less than three minutes, they were gone and brought in more than $29 million. A private sale of $2 million was also conducted a few days later. Things heated up after that. The four-week period ending February 11 saw nearly $300 million in transactions across multiple NFT markets like OpenSea.

The most expensive Azuki’s trade now for half-million, while cheaper ones can be purchased for $36,000. In the past month, the total Azuki sales easily outsold more popular tokens such as CryptoPunks and Bored Ape Yacht Club. They are currently the eighth most traded NFTs.

Chiru Labs is the startup behind Azuki. It makes a 5% royalty on each Azuki NFT that is resold-meaning. It has raked in an additional $15 million in royalties on top of the $31million it received in the initial Azuki offering. The names of the four founders of Chiru remain anonymous. This is common in the privacy-obsessed crypto industry.

Recently, the identities of two South Florida men, who made millions through the Bored Ape Yacht Club, were revealed to anger a small minority of Twitter users. Arnold Tsang is the fifth and most prominent player in Chiru, at least within the gaming industry. Tsang, a 39-year-old conceptual artist, worked as a character designer for Overwatch, an action-packed shooter developed by Activision Blizzard.

Today, Tsang officially joined Chiru as a part of an effort to expand the Azuki brand (which he created in his spare time) into apparel and much more. There are 60 million registered players. He says that Azuki should have so much IP (Intellectual property) that there is an animated series, possibly even games and that he has all sorts of merchandise. Tsang says that he made his identity public as a pledge to trust “this is me, and this is what I have done. Trust me, I won’t run off after making money to go to some deserted island.”

The founder of Chiru Labs, Tsang, is the latest to cash in on NFT’s gold rush. The industry has been around for five years and has seen a boom. OpenSea traded $5 billion in NFTs last January, and the industry is still growing. Every week there’s a new candidate for the best NFT to buy and it’s getting overly exciting for the community.  According to Nansen analytics, the CryptoPunk collection is worth $4 billion.

This amount is more than H&R Block’s market capital or Nordstrom. This market is also filled with fake trades, and it’s a dark one. A Reuters investigation found that NFT transactions costing more than $1 billion were conducted between only two wallets. The top 100 transactions occurred between just 16 wallets.

Chainalysis reports that there are over 1,000 new NFT collections launched each month. It’s not hard to see why some succeed and others fail. Andrew Steinwold, a Chicago-based NFT investment firm that owns Azuki’s, believes the quality of Azuki’s art is “comparatively good.” He also runs a $100m Chicago-based NFT fund with some Azuki’s. Azuki’s website features a gallery with sophisticated filtering features similar to OpenSea. You can narrow down your NFT search by criteria such as the type of hat, clothing, or facial expressions in an image. Chiru Labs also offers open-source software that lets others “mint” multiple NFTs at much lower transaction fees. This can be as low as $300 per NFT.

The pent-up demand in anime art is another factor that has fueled the increase in interest in Azuki’s. Netflix has increased its anime content over the years. In late 2020, the company announced that 100 million households had viewed an anime series on Netflix in the previous year. The 0N1 Force NFT collection launched in August 2021 with an anime-style design. Its average price rose from $1,500 to $35,000 in less than two weeks. (In less than two weeks, the project’s average cost dropped from $1,500 to $30,000.

Why is it that they are so secretive about who they are? Zzzagabond states that there is magic, mystery, and allure to something not really about our identities or past experiences. He adds that he believes eventually, our identities will be “doxed,” referring to the act of exposing someone’s identity on the internet.

You may be interested in: What you should know about NFTs