Why is cryptocurrency infrastructure so energy-guzzling? 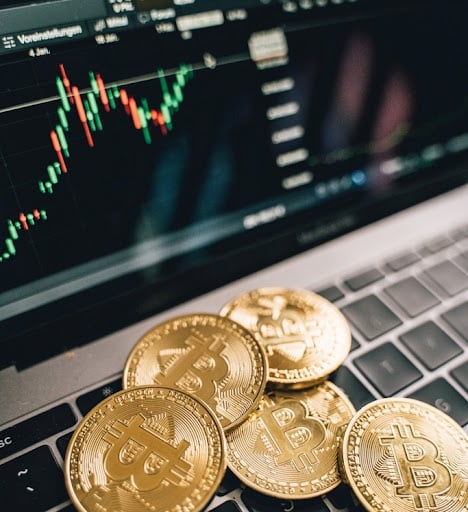 The sheer amount of cryptocurrency infrastructure, which includes computers running 24 hours a day and maximizing power usage, accounts for an estimated 0.15% of electricity consumption in the United States. Platforms like bitcoin era have a robust algorithm that perform the research for bitcoin traders and make trading easier. Also, it helps many beginners get started with bitcoin trading. Exciting as it is to see how this new technology is affecting the world, we must be conscious of its energy footprint.

Cryptocurrencies are digital money, a new form of currency. They are initiated and transferred through a network of computers built to solve highly complex mathematical problems to secure the currency. The advantages of blockchain technology and cryptocurrencies can be summed up as follows: it is secure, cheap, fast, open and transparent. In addition, we know that each cryptocurrency transaction is fully distributed and decentralized, so there’s no place or opportunity for any third-party manipulation.

The problems with cryptocurrencies

The problem with this new form of money is the amount of electricity it takes to run all the computers that transfer value and secure the network. There are estimates of 0.15% monthly energy usage by crypto miners worldwide. The 0.15% estimate is from November 2017. There has been an exponential increase in mining since then and an increasing number of mining rigs due to record-breaking cryptocurrency prices and high demand for hashing power (i.e., miners compete with each other to solve math problems).

While blockchain technology is robust and innovative, it is also wasteful because many cryptocurrency transactions are unnecessary and greedy. For example, a bitcoin transfer between two people in different countries will have to be verified by miners on the network and other miners worldwide, leading to an energy consumption arms race. Even with complete decentralization, there still must be a fair distribution of power and responsibility.

Another factor that causes an energy footprint is how mining equipment is produced. Cryptojacking refers to unauthorized mining in which a user’s computer systems are infected with malware that secretly uses a device’s computing and electricity resources for mining cryptocurrencies by their hacker(s) or owner (when authorized).

A proof-of-work system requires an incentive for third-party actors to participate in the network. Otherwise, it will be centralized by a single entity rather than a truly decentralized network. The full nodes on the network engage in solving complex mathematical problems. Most of these problems are based on finding a solution to complex cryptographic hashes so that certain information can be verified and passed along.

People can also describe it as “solving math problems” instead of computer science problems. No matter how big your computer is, you’ll still need help to solve some of these problems since they require supercomputers. Nevertheless, this is how this energy-intensive process works:

The Proof of Work (POW) system requires immense computing power. For the processing power required to solve a ‘proof of work problem, it’s estimated that the world’s top ten supercomputers combined would only be able to achieve around 2% of the ‘solving’ speed in a year. A new computer chip was announced by NVidia as recently as April 2018 that has 14 TFLOPS (quintillion floating point operations per second).

GPUs, or graphics cards, are a standard part of a computer. They were initially created to increase memory, and in the past few years, they have been repurposed to align with the purpose of POW mining. To reach the highest hash rate and solve the cryptographic hashes the fastest, miners must use multiple GPU cards in their rigs.

Some miners can invest upwards of $10-$20k on equipment, while others are more cost-effective and have rigs with lower hash rates but still process transactions on the network. The more money one is willing to spend on mining equipment, the more likely one will be economically rational.

ASICs are integrated circuits (chips) designed specifically and only for mining. They outperform GPUs because they’re more expensive, less power efficient and harder to use, but they can solve PoW problems faster and more efficiently. Bitcoin was the first cryptocurrency to implement ASICs as a mining means; thus, it has become a part of its identity.

These are machines made up of several GPUs or ASIC cards that ‘mine’ (read: confirm transactions on the network) 24/7. They have a high-power consumption, and it’s estimated that 25% of the electricity used in US data centres is used for bitcoin mining. The problem with these high-energy consumption machines is that they could be more efficient.

Of a $10k-$20k investment, a miner may earn anywhere from hundreds to thousands of dollars per month, depending on price and exchange rates. For the most part, electricity costs significantly outweigh the profit margins. As mentioned earlier, some miners have stopped operations to wait for the next big bull run of crypto prices before initiating their rigs again. In addition, some miners require fans to keep their equipment cool enough so that they don’t overheat and explode or fry their parts- this consumes energy.

You may be interested in: What is cryptocurrency mining and how does it work?