What is the Yankee market? Definition and examples 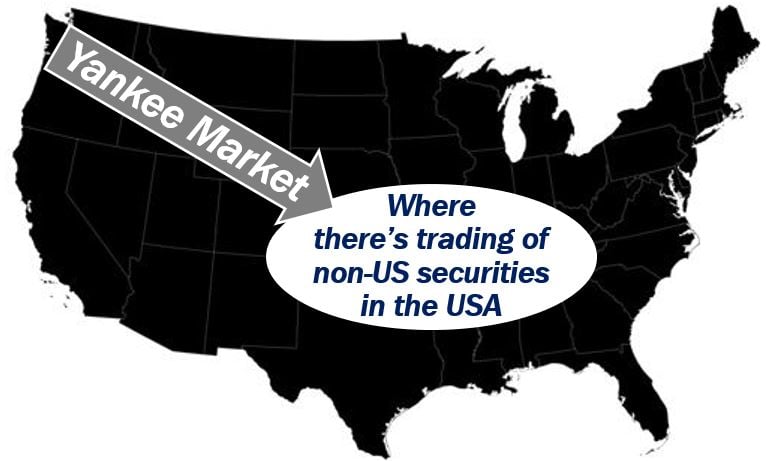 The term ‘foreign market’ refers to a market in one country where firms and people trade securities that are registered and based in another country.

Forexbite.com has the following definition of the term:

The foreign bank typically issues the bond in tranches (portions, slices). They are defined as portions of a bigger financing arrangement.

Yankee bonds sell slowly because US regulators have imposed strict regulations. It typically takes at least three months for the authorities to approve a Yankee bond.

This market refers to a market outside the US where American securities are traded, such as the Euro bond market.

Reverse Yankee bonds, for example, are traded in the Euro bond market. Reverse yankee bonds are US bonds traded outside the US.

The Yankee market is also an informal term for the stock market in the US. When it has this meaning, it is usually being used by somebody who is not American talking to another non-American.

In much the same way, non-UK and non-Japanese residents often refer to the British and Japanese markets as the Bulldog and Samurai Markets respectively.

Yankee Market is the name of an online store that sells American products in the Baltic states, i.e., Estonia, Latvia, and Lithuania.