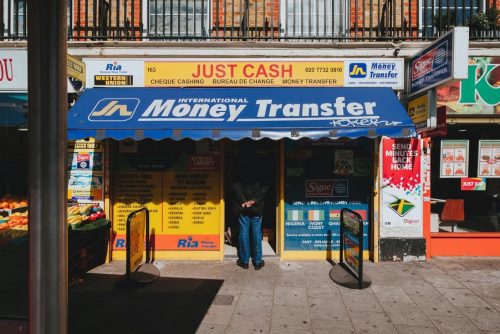 According to data from the World Bank, remittance flows to Europe fell by 8.6 percent in 2020. The majority of this sharp decline can be attributed to the global pandemic, as millions of people around the world were left without any means to generate an income while businesses ceased trading. Furthermore, the high level of uncertainty that ensued from the initial Covid-19 outbreak prompted many people to return to their home countries, reducing the demand for international transfer services.

Nonetheless, remittances to Europe rebounded strongly in 2021, increasing by 5.3 percent, bringing the total amount transferred to $67 billion. As a result, remittances are the continent’s largest source of financing. However, despite the widespread utilization of international transfers, sending money overseas can be a time-consuming and costly operation. According to the World Bank’s Remittance Prices Worldwide Database, the cost of transferring $200 across international boundaries is still excessively high, accounting for 6.4 percent of the total amount sent. This is more than double the 3 percent target for the Development Goal set for 2030.

Money remittance refers to the transfer of funds from one bank account to another, usually across national borders. Interestingly, the word ‘remittance’ is actually derived from the word’ remit,’ which means ‘to send back.’ Thus, the phrase ‘remittance’ refers to the process of sending money from one country back to the sender’s country of citizenship (although this is not always the case). This includes personal money transfers to family and friends and commercial payments.

Despite the costs, remittances are being transferred at a higher rate than ever before. The first and most obvious explanation for this is that global migration is at an all-time high. According to the World Migration Report, there were approximately 281 million international migrants in the world in 2020, accounting for 3.6 percent of the global population. Over the last five decades, the estimated number of international migrants has increased, and the majority of these people will rely on money remittance services to transfer money back to their home countries. Some of the most common reasons for international remittance payments include:

Based on the BPM6 methodology, personal remittances include both transfer and income components, such as compensation for work and employment. When you look at the data more closely, it’s interesting to see that Europe has now established itself as a net payer in terms of personal remittances to the rest of the world. This indicates that net transfers from EU migrants to their home economies were greater than net earnings from EU residents working abroad. In fact, net outflows of personal transfers by migrants to their home economies have been steadily rising over the last six years, rising from €12.6 billion in 2014 to €22.1 billion in 2020, a 175 percent increase.

2022 outlook and the Ukraine impact

The World Bank has estimated that total remittance flows are projected to grow by 3.8 percent in Europe throughout 2022, which is higher than the global average. In contrast to 2020, this growth can be attributed to the global pandemic seemingly drawing to a close, or at least the notion that governments and businesses now have more of an understanding of how to deal with outbreaks more aptly, resulting in less disruption to the economy.

However, it is important to consider the impact of the current war in Ukraine on European remittance flows. As you are probably aware, Western sanctions have been imposed on Russia, severely restricting both monetary inflows and outflows. However, it is expected that these measures will have little effect on total remittance rates because they’ll be countered by increasing flows from Ukrainians living and working abroad. According to Reuters, payments from Ukrainians living overseas increased by 28.3 percent in 2021, reaching $19 billion and accounting for almost 12 percent of Ukraine’s GDP and three times the level of foreign direct investment.

While it is anticipated that money remittance flows will continue to rise throughout Europe and the rest of the world, several factors could lead to a decrease in international payments. First and foremost, a return of COVID-19 cases and the reintroduction of social distancing measures continue to be the greatest threat to global economic growth, employment, and remittance flows to developing nations. In addition, as economies recover, the pullback of fiscal stimulus and employment-support programs may limit remittance flows, as migrants would have less disposable income than before.