All Fights End Up on the Ground 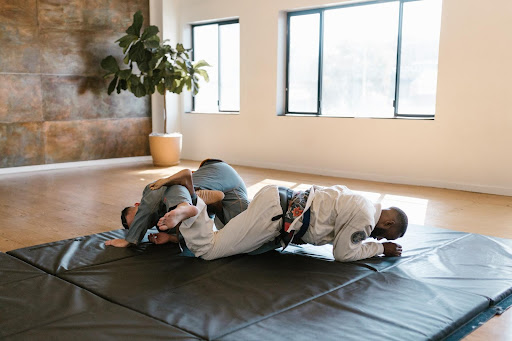 Legend has it that 90% of all fights end on the ground. But is this true? A small section made the statement of the LAPD in 1989 regarding street fights, and it tricked many into believing combat sports that emphasize ground fighting are the best for self-defense. It also explains why the police like pinning suspects on the ground when arresting them.

The 90% quote spread so widely in the 90s and 2000s that average martial artists, especially Brazilian Jiu-jitsu and MMA fighters, accepted this as a fact. People who questioned the point were considered stupid and unknowledgeable.

Why do People Fall when Fighting?

Most people end up on the ground when fighting because of adopting a poor stance. This is the main difference between amateurs and martial arts students.

If you’ve ever been in a martial arts training class, you know of the obsession with stance. Trainers often encourage students to refine their posture and structure until they perfect it, and that’s the Kung Fu and martial arts difference.

So, why is your stance crucial? No self-defense technique works unless you’re stable, standing, or lying on the ground.

If you’re in a standing fight and your stance, base and movement are inferior to your attacker’s; you’re likely to lose the battle. The attacker might try to grapple or wrestle you, forcing you to the ground.

The same applies if you’re both on the ground. Again, you’ll lose if the opponent has better structure, control, and stability.

How do You Survive Ground Fights?

Although it’s pretty hard to win or escape unhurt when pinned on the ground, you can use a few tricks to unpin yourself and run. In addition, you can be proficient in Kung Fu and martial arts to survive ground fights.

The secret to surviving ground fights is getting off it. Lying on the ground during fights is often messy, with people stamping their feet on you. The two most effective ways of getting off the ground are rolling through the fall and flipping your opponent.

Rolling Through the Fall

When fighting, somebody might push you, or you might trip over an obstacle. The natural reaction is to fall flat on the ground and try to rise, but it’s usually the most ineffective way to get on your feet.

Instead of falling flat, use the momentum to roll through the fall. If you’re agile, you can try a somersault. Otherwise, move on your side.

Most amateurs need help figuring out what to do as they transition from an upright posture to falling on the ground. Again, the natural reaction stiffens the body, resulting in a hard fall.

When you feel a fight is heading towards the ground, get close to your attacker while grabbing their clothing around the chest. This destabilises them, making it easy to flip them in the same direction you’re falling.

The best way to avoid falling on the ground when fighting is by adopting a proper stance and having enough room to move around. If the attacker overpowers you, use the above mentioned tactics to get off the ground and run.

Interesting Related Article: “Boxing Gloves UK: Why A Good Pair is So Important“