How Automation is Streamlining Software Development in 2019 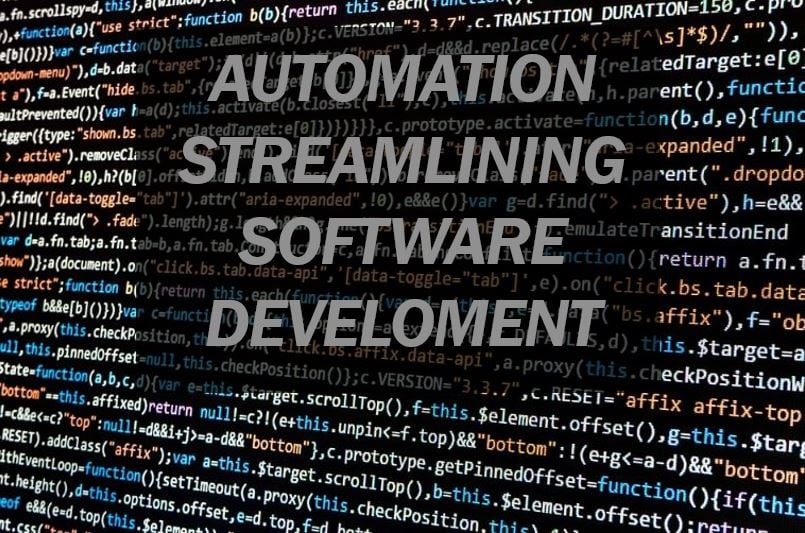 Think about some of the processes that have to be done manually in a traditional development life cycle:

These are just a few of the steps.  Realistically, you could probably add dozens of more steps.

In your traditional development process, each new environment had to be created.  This is a tedious and lengthy process.  Any mistake means starting over.

Automation can eliminate many of the manual tasks and handle them automatically.  It allows for continuous testing as modules are developed.  One of the key ways DevOps automation streamlines the process is in the development cycle.  In a traditional cycle, individual team members work with local copies of the code.  When a new feature is added, or chunk is created, the new code is uploaded to a central repository.  Where this becomes a problem is when teams of developers and systems operators are working on different areas or following the process at the same time.  They can break the code (unintentionally) or create problems in other areas of the code.

With automation, this development cycle happens concurrently.  Each piece of code is continuously being tested against other sections.  Problems pop up more quickly and remediation can occur.  In some cases, the remediation process itself can be automated.

Getting rid of manual steps reduces errors.  It also helps with burnout and fatigue among DevOps team members.  It allows them to stay focused on bigger picture jobs.

Advantages Of Automation In Software Development

Automation also dictates the standardization of practices.  That means easier replication and faster delivery.  In addition, automation can streamline the workflow in other ways:

There is a combination of open-source and commercially available software tools that help smooth the DevOps process.

Here is an example of how two such tools can work together to streamline the process.  Docker is one of the more common tools teams are using.  Used to create, deploy, and run applications, it allows developers to create an environment with multiple containers for testing. JFrog’s Private Docker Registry offers an end-to-end solution that covers the full life cycle of Docker registries.  It manages development, vulnerability analysis, artifact flow control, and distribution.  It can be used to set up a create multiple secure Docker registries, fully automate Docker promotion pipelines, and automate any action you could initiate through the user interface.

Other popular software tools for DevOps teams include Jenkins, Chef, and Kubernetes.

Automation has become a key component of efficient DevOps teams.  It drives products through the pipeline more quickly and more reliably.