For the international and technical city tripper, Amsterdam, Holland is rated as one of the top high-tech, innovative cities in the world. In fact, the city’s new sustainable technology includes the Delta and Silverback electric canal boats as well as electrical cars, scooters, bikes, and Segways. So, the city tripper can go from one end of Amsterdam to the other and help contribute to the city’s goal of becoming a zero-emissions capital by 2025. 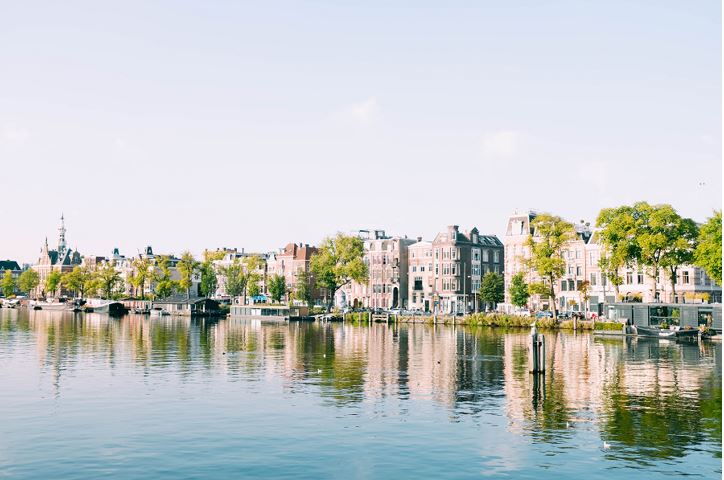 What technological tools can assist the Amsterdam city tripper?

Adding a solar-powered power bank as part of your smartphone package will guarantee plenty of energy even during rain. Most models are also waterproof, dustproof, and shock resistant. Many weight only a several ounces and fit in your pocket or backpack. Additionally, some are so rugged and powerful they can also simultaneously charge your tablet or laptop since they can have a 10,000mAh or higher battery.

Since your smartphone is also high tech, it too can help you with your city trip. For example, you can download Amsterdam travel guides from either Apple’s app store or Googles Play store. Apps like these can be real travel hacks to save money.

Likewise, the intrepid city tripper can purchase a smart travel mug. They offer a variety of features ranging from keeping your coffee or tea piping hot at a personally controlled temperature setting to boiling water within the smart mug itself. They are primarily powered by batteries although some models use car lighters, plugs, and wireless technology for power. A few models can even be controlled by your smartphone app.

Similarly, you can also purchase a world time travel alarm clock with a flashlight that automatically adjusts the time when you select the city you are visiting. 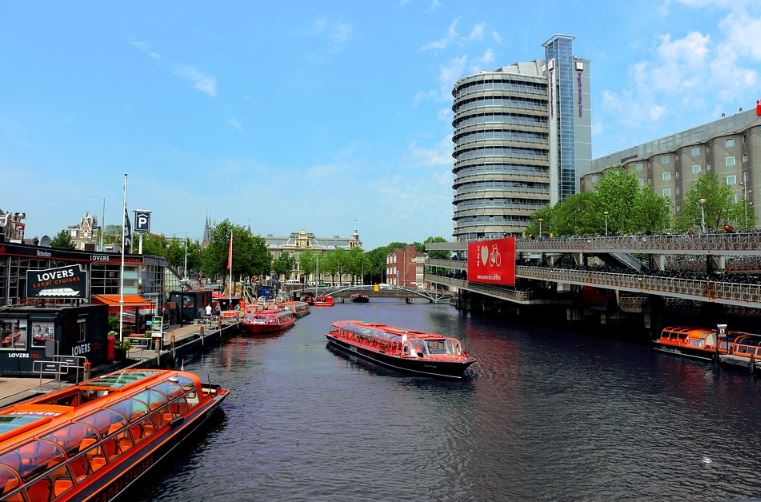 Since Amsterdam consists of a maze of canals, you can always take advantage of the many cruise tours including the electrical small open boat canal cruise. Electrical boat cruises are relatively new to the Amsterdam canal travel and are relatively inexpensive when compared with classical canal cruises. They can be rented for private groups such as a birthday party or you can join a public group. As for the sizes of the party, they can range from 10 to up to 40 people. Other more traditional cruises have glass ceilings and walls for sightseeing and include:

As previously noted, the electrical canal cruise are part of Amsterdam’s goal of zero emission transport by 2025.

Other top tech cities of the world

According to Savill’s third edition of their 2019 Tech Cities Index, Amsterdam is included as well as other top international tech cities. Other tech cities highly rated for their technology are:

These cities are part of the top 30 global cities ranked according to 100 metrics and categories such as business and tech environment, real estate costs, and talent pool. Additional top tech cities are:

These additional tech cities are also highly ranked for how successful they are in nurturing start-ups and technological organizations and the large volume of venture capital supplied. In fact, tech cities are forecast to outperform other international centers by 36% in the next 10 years. Likewise, Chinese cities such as Beijing are also included in the top 30 tech cities index.

Technical city indexes change from year-to-year as some cities attract more technology than others. Amsterdam is currently ranked in the top ten for technological innovation, infrastructure, venture capital investment, city well-being, talent pool, and mobility. Other global cities are also rising as tech centers in their respective regions.