What are imports? Definition and meaning

Imports are goods or services of foreign origin that importers bring into a country. If I make something and then sell it to someone in another country, for them it is an import. For me, that product is an export. Imports come in from abroad. Exports, on the other hand, leave your country.

Let’s suppose you are an American living in the USA and you buy a Japanese car. You and your country are the importers. The Japanese car factory and Japan itself, on the other hand, are the exporters.

The opposite of imports are exports, i.e., goods for sale that came in from abroad.

When a nation imports more than it exports it has a trade deficit.

If exports are greater than imports, it has a trade surplus. The USA and UK have for decades had large trade deficits. Japan, China, and Germany, on the other hand, have enjoyed enormous trade surpluses.

The Balance says the following regarding the term:

“Imports are foreign goods and services bought by residents of a country. Residents include citizens, businesses, and the government.” 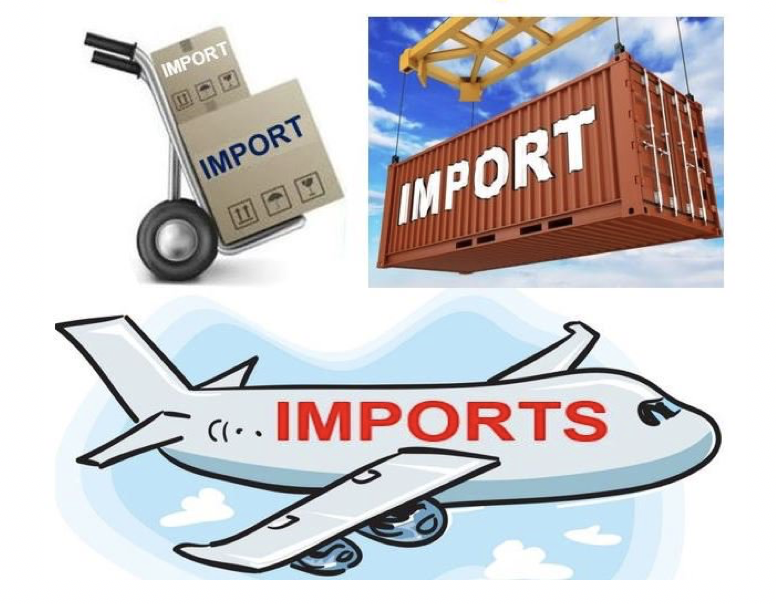 Something is an import if it came in from abroad for sale, regardless of how it arrived. It may have come by post, ship, car, truck, email, or in the suitcase of a passenger.

Something that came from abroad on the back of a load-bearing animal crossing the border is also an import.

If an importer has cash flow problems, it may ask its bank for import credit. Import credit is a loan facility that a bank in the importer’s country provides.

Why do countries import?

There are many reasons why a country may import:

If a nation believes in a free-market economy, goods from abroad will flow in freely. The imported goods compete with domestic providers. The same applies to services.

Competition helps keep prices down and quality up. Consumers in the importing country also enjoy a wide selection of goods and services.

Many countries, such as Japan, need raw materials for the products they make and sell at home and abroad.

They need to import the raw materials to make those goods. They import them because either they do not exist in their country or there is not enough.

Many imports exist because the country does not have them. For example, Dubai imports virtually all its automobiles because it cannot satisfy demand with domestic production.

Imports bring competition into a country where a monopoly exists for certain products or services.

Sometimes smaller or younger domestic producers may complain about imports. They argue that they do not give them a chance to grow because the competition is too strong.

However, blocking trade in favor of national companies – protectionism – undermines the overall economy.

The Venezuelan economy today is suffering from economic shrinkage, alarming shortages of basic items, nationwide power cuts, and unemployment. There is also growing social unrest. It has these problems because its government has pursued a policy of protectionism and nationalization.

The world’s greatest trading nations – with high relative exports and imports – are also the richest. Japan, Germany, the Netherlands, and Hong Kong have very high international trade volumes per head of the population. Those of Venezuela and Zimbabwe, on the other hand, are comparatively low.

In international trade, imports and exports are limited by quotas and mandates from the customs authorities of each country.

The importing nation may impose a tariff – an international trade tax – on the products.

Some countries have special trade deals. The deals specify what goods businesses can freely trade and which ones they cannot.

There are several free-trade areas in the world where imports and exports by member states are limitless.

The 27 nations of the European Union can trade with each other freely – there are no tariffs or quotas.

Worldwide, there are three main types of importers:

The term ‘Direct imports’ refers to buying products abroad directly from the producer. They subsequently bypass the local supplier or ‘middle-man.’

Major retailers like Wal-Mart in the USA and Tesco in the UK are large-scale direct importers.

Because the intermediary is out of the equation, the retailer can purchase its product at a lower price.

China was the second-largest importer, followed (in order) by Germany, Japan, the UK, France, Hong Kong and South Korea.

The Mexican economy relies heavily on international trade, while Brazil’s is relatively protectionist.