What is a startup? Definition and examples

A startup is a new company. Its founder recently set it up and it is now doing business. We tend to use the term for companies that investors, especially venture capitalists, will become interested in. If I open a corner grocery store, I would not describe it as a startup.

In many cases, capital investments in startups are high and initial revenue is low. Therefore, they cannot continue for long without additional investments or loans from banks, angel investors, or venture capitalists.

“Early stage in the life cycle of an enterprise where the entrepreneur moves from the idea stage to securing financing, laying down the basis structure of the business, and initiating operations or trading.”

Startup and the Entrepreneur

Some people describe startups as enterprises in the early stage of their life cycle. The entrepreneur who founded it has moved from the idea stage to getting the necessary funding and getting the new business off the ground.

Whenever you hear or read about a startup, there is always an entrepreneur or a group of them that started the whole thing off.

Entrepreneurs are people who see a business opportunity and create their own company to exploit it. An entrepreneur might also be somebody who identifies a problem and then creates a company or business venture to solve it.

When entrepreneurs set up their startups, they want them to grow, have more and more employees, greater sales, and become big businesses. They are high-risk businesses. However, the ones that do succeed may turn into multinational billion-dollar giants.

Regarding failure rates for these types of companies, Wikipedia makes the following comment:

“Startups face high uncertainty and do have high rates of failure, but the minority that go on to be successful companies have the potential to become large and influential.”

According to an article in Fortune magazine, ninety percent of startups end up failing. In a study involving 101 startups that didn’t succeed, the top factors were (in order of importance):

A startup can become a Unicorn, Decacorn, or Hectocorn 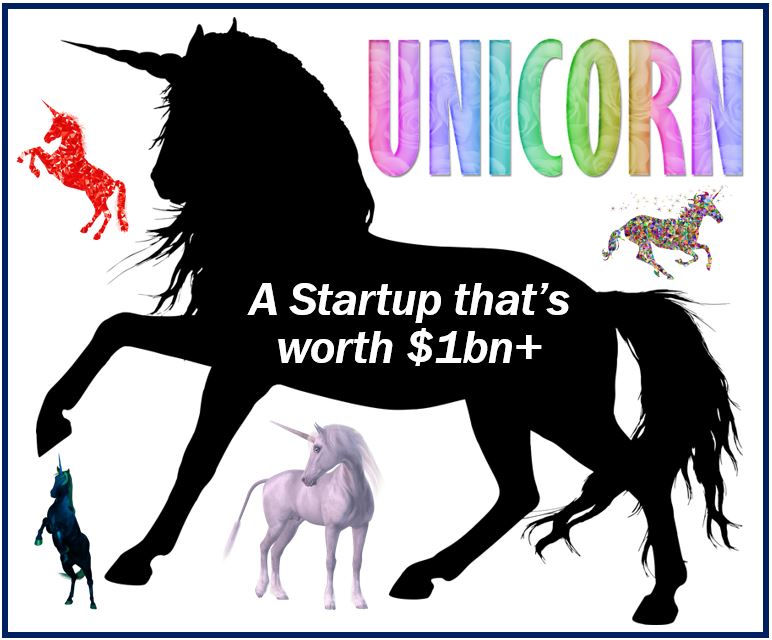 A Unicorn or Unicorn Company is a startup that is worth over $1 billion. In the vast majority of cases, since the turn of the century unicorns have been tech companies, i.e., makers of software and hardware.

Super successful new companies – worth over $10 billion – are Decacorns, while Hectocorns are worth more than $100 billion.

Ant Financial Services Group, based in Xihu District, Hangzhou, China, is the world’s most valuable startup today (October 2019). The company is just four years old and is worth $150 billion.

Airbnb Inc., based in San Francisco, is America’s most valuable startup. The company started operating in 2008 and is currently worth more than $31 billion.

Video – What is a startup?

This Market Business News video, which is aimed at lay people, explains what a startup is.