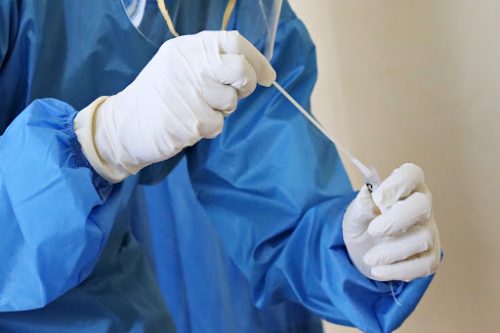 After losing her 15 year old son to COVID-19 in early 2021, Amanda Wilson coped with the loss by setting out to honor his memory. She started by setting up a lending library box in his name. She also plans to donate the money she had saved up for his college education to needy children who share his love of art and technology.

Amanda Wilson also set out to campaign for changes in the safety protocol in the hospital where she believes her son Branden contracted COVID-19. Sadly, complications eventually led to his death. Her desire to honor her son by helping others not to suffer the same predicament has now hit a brick wall.

According to Wilson, her son contracted COVID-19 at a California hospital while seeking bleeding cysts treatment. Wilson says that Branden was surrounded by coughing patients for hours in the ER. Despite her efforts, the hospital failed to ensure the safety of its patients, including Branden.

Some lawyers are saying that hospitals may not be in a hurry to implement protocols that may cost them money because they don’t stand to lose a thing. The lack of urgency in implementing changes could be resulting from the fact that hospitals are shielded against lawsuits for lapses in COVID-19-related care. Across all states, lawmakers have been on a law-making spree and have declared state-of-emergency statutes that limit the affected families’ abilities to seek legal redress for poor handling of patients during the pandemic.

Similar Cases Are All Over America

According to a study conducted in 2020, over 10,000 people contracted COVID-19 after visiting hospitals for different ailments. This number may not be conclusive as it only represents patients whose results came while they were still hospitalized. Branden, and others like him, tested positive once out of the hospital.

Terry Ayzman and other family members believe the octogenarian contracted COVID-19 at the hospital. A few days after the test results, Keynigshteyn died of COVID-19. When Terry Azman sought to find out more about the matter from the hospital, they denied him a copy of its investigation report claiming the issue was a matter of the hospital’s internal affairs and that the results were inconclusive.

There Is No Legal Redress

Terry hoped to get legal redress for his grandfather’s death. Still, no lawyer was willing to take up the case, citing laws shielding health care providers from liability in COVID-related cases. According to a statement by the Center for Justice & Democracy’s executive director Joanne Doroshow, corporate interest ran on the “healthcare heroes” moment to get lawsuit protection for institutions. While there was the need to allow some level of immunity to healthcare providers, these blanket shields seem to have put profits over patients’ rights to reasonable care.