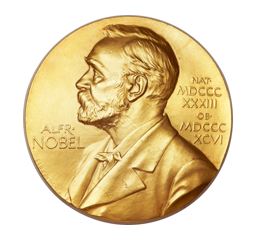 The 2019 Nobel Prize in Chemistry has been awarded to three scientists for their work on lithium-ion batteries.

Scientists John B Goodenough, M Stanley Whittingham and Akira Yoshino shared the Nobel Prize award for their contribution to the development of these batteries that have revolutionized our lives. They will receive equal shares of the 9m Swedish kronor prize.

The 2019 #NobelPrize in Chemistry has been awarded to John B. Goodenough, M. Stanley Whittingham and Akira Yoshino “for the development of lithium-ion batteries.” pic.twitter.com/LUKTeFhUbg

Their work propelled advances in understanding of the technology that eventually lead to commercialization of the batteries by Sony and Asahi Kasei in 1991.

“They have laid the foundation of a wireless, fossil fuel-free society, and are of the greatest benefit to humankind,” the academy said.

The idea was first proposed by by British chemist M. Stanley Whittingham while working for Exxon in the 1970s.

Prof Mark Miodownik, a materials scientist from University College London, was quoted by The Guardian as saying:

“I’m so glad lithium-ion batteries finally recognised! They are one of the most influential pieces of materials science that influence the modern life of everyone on the planet. It remarkable too that although 30 years old, they have not been eclipsed by a better battery technology even now, which makes you realise what a remarkable discovery they are.”

“Professor Goodenough’s contributions in the field of materials science have fundamentally shaped the technology we take for granted today. From powering the smartphone in your pocket, to his defining work on the properties of magnetism, these contributions have opened new avenues for scientific investigation and engineering.

“The cathode he developed for the lithium ion battery built on the work of his fellow laureate Professor Whittingham, and was made commercially viable by the work of Professor Yoshino. Scientific breakthroughs are rarely – if ever – a solo endeavour and it is absolutely fitting that this year’s Nobel Prize for Chemistry should be shared in this way.

“I look forward to celebrating with John in person when he picks up his Copley Award at the Society this evening.”

John B. Goodenough, born 1922 in Jena, Germany. Ph.D. 1952 from the University of Chicago, USA. Virginia H. Cockrell Chair in Engineering at The University of Texas at Austin, USA.