Scientists have mapped the molecular pathways of plant immunity. The breakthrough could help to breed crops that resist pests and diseases more effectively.

When plants sustain damage from an infection or injury, they release a molecule called adenosine 5-triphospate (ATP) that triggers defence responses. 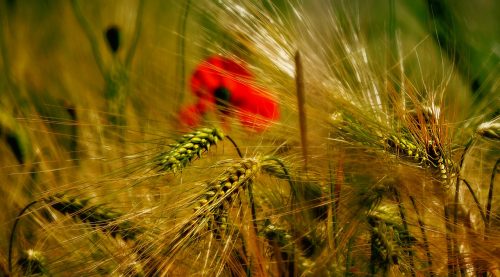 Now, a team at Washington State University (WSU) in the United States has mapped the molecular pathways of the defence responses.

ATP is different inside and outside cells

ATP does different jobs, depending on whether it is inside or outside of cells.

However, if ATP spills out of cells due to injury or infection, it takes on a different role. It sets off a “damage-associated molecular pattern” of plant immunity.

In 2014, scientists discovered the signal receptor in plants that ATP triggers when it occurs outside of cells.

However, it wasn’t until the recent study that the link to plant immunity responses became clear.

Shedding light on how to build resistance in plants

The team WSU describes how it mapped the process in a paper that appears in the journal Plant Physiology.

“We found,” says study author David Gang, who is a professor in WSU’s Institute of Biological Chemistry, “the pathways that connect ATP to plant cell responses protecting the plant.”

Gang and his colleagues point out that it is not so much the map itself as what it could lead to that will make a difference.

“In some respects,” explains co-author Kiwamu Tanaka, who is an assistant professor in the department of Plant Pathology at WSU, “even the most innovative breeding programs are still groping around in the dark to build resistance.”

With the plant immunity map, the crop breeding programs should be able to reach their goals much more rapidly.

In their study, the researchers used wild and engineered versions of the mouse ear cress Arabidopsis thaliana.

Although A. thaliana has little economic significance, it is easy to study and often serves as a model plant in research.

Also, because so many scientists have been using the plant as a model for decades, there is now a wealth of data about its biology and genetics.

Mapping the pathways of plant immunity

To map the pathways, the scientists tracked what happened at the molecular level when they triggered an ATP response in an engineered plant. Then, they tried to reproduce the pattern in the other plant variants, both engineered and wild.

Lead author Jeremy Jewell, who is a post-doctoral researcher at WSU, explains how painstaking this phase of the study was.

“It was like following a single noodle in a huge bowl full of them,” he notes.

The task was further complicated by the fact that ATP sparks defence responses both through major pathways and independently of them. But the different pathways also work together.

Knowing what the defence pathways are should help crop breeders to improve plant immunity.

“They can be bred to respond faster, or to not waste energy by turning on the entire immune system if only a specific defence is required,” says Gang.

“The potential for this is pretty incredible for helping plants and crops,” he concludes.