Spanish is increasingly adopted in the US

It is hard to deny that Spanish is the second most influential language in the United States of America. Almost 60 million of Americans speak Spanish as a native language. Thus, we cannot but suppose that this is incredibly popular nowadays. Recently the University of Cervantes has held research about the usage of Spanish in the USA. According to it, by 2050, the United States will outrun Mexico to become the largest country to speak Spanish. This is a highly believable forecast, considering the fact that in 2018 it has already left Colombia and Spain behind.

Another fact, which confirms this statement, is that nowadays schools and universities of the USA report Spanish to be the most preferable course language among students. About 11 million of people are fluent in Spanish using it as a second language. Let us analyze the current status of Spanish and forecasts for the near future of this language in the USA.

According to Justlearn, which has a list of certified German tutors, many Americans also study French, German, and Italian. 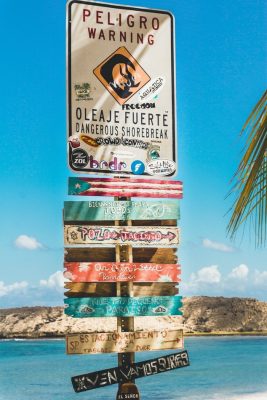 Current status of Spanish in the USA

Despite the fact that formally there is no official language in the USA, it is undeniable that English dominates in all the fields. Governmental organizations, TV and print media, and businesses use this language for documentation and work.

However, not all the states follow this rule. For instance, in New Mexico, Spanish is considered the second working language for documentation and business. In addition, there are territories belonging to the USA where this language is used more actively than English – for instance, Puerto Rico.

According to the data from the 2011 American Community Survey held by the Pew Research Center, Spanish is the most spoken non-English language at U.S. home (even within non-Hispanic families). And when it comes to the media sphere, Spanish-language television has surpassed English-language one in TV ratings.

What is the future of Spanish in the USA?

Spanish-speaking Americans are already proclaimed to be the most rapidly growing language group in the USA. Thus, we may expect that Spanish will keep growing and becoming more influential. Many prominent American manufacturers already use Spanish on the labels of their products.

A recent study by Pew Research Hispanic Trends Project showed that only 5% of Hispanic adults do not consider it necessary to teach the future generations of Hispanics to communicate in Spanish. Thus, we see how the traditions of generations combine with a wave of immigration and media support, leading Spanish to increase.

Considering all the facts mentioned above, we may conclude that Spanish is getting more and more influential across the United States. That is why it is essential to learn Spanish even for non-Hispanic Americans. If by 2050 the USA will be the largest Spanish-speaking country in the world, then the value of Spanish knowledge will increase significantly.

The best way of learning Spanish is to communicate with a native speaker. Of course, you can speak with your friends, but to make it more effective, try to practice with a real tutor. If you are short in time, you can learn Spanish online. A professional online tutor from Preply.com will help you not only to learn new words and phrases but also memorize and work out new grammar rules.