Is a Vaporizer the Same as a Humidifier?

While it does pose an interesting question, and the two are closely related, vaporizers are quite different from humidifiers with humidistat. A vaporizer is more of a potential hazard, especially to small children. We’ll explain why this is. Let’s talk about each one specifically. Although both devices use vapor, how they function and what they are used for are quite different.

A humidifier adds moisture to the air in a home or anywhere that is too dry. Many homes where timber was used in the construction process need extra humidity to prevent the wood from drying out, warping, and cracking. In several parts of the world, such as the American West and many southern parts of the United States, humidity can be extremely low at certain times of the year. 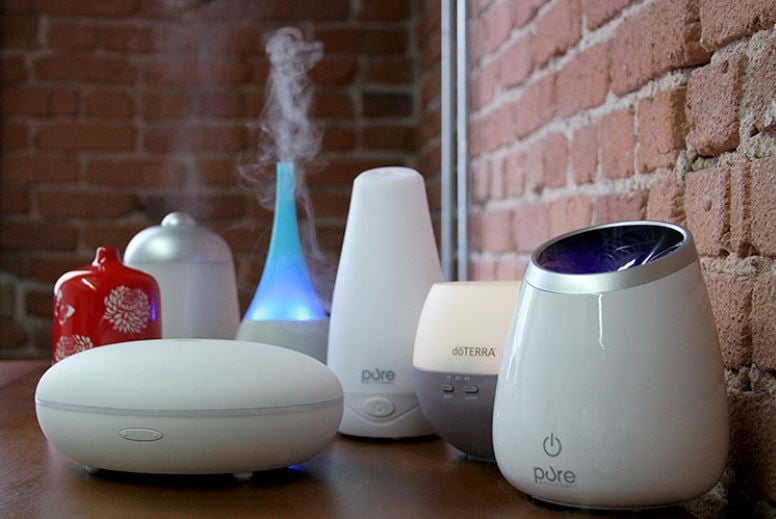 Traditional air conditioners have a difficult time functioning in the western states and evaporative coolers tend to work better because they also work to put moisture into the air. These are sometimes referred to as ‘swamp coolers’ and have a direct water line running into them.

Humidifiers come in many different shapes and sizes. Some of them are large enough to add humidity to an entire house, while others are designed for one room at a time. There are also specially designed humidifiers made to preserve items inside. Guitars and violins, for example, must be kept in the right humidity or they may split and warp. If you have an expensive musical instruments, keeping it in the right environment when not in use is crucial.

Some small cabin owners who burn wood in the winter in a stove will keep a pot of water on top to maintain humidity levels. Keeping a lot of indoor plants will also act as a natural humidifier.

Even costly cigars are kept in humidors, which are small humidifiers designed to keep the humidity at just the right level. Expensive cigars can lose their texture and flavor if they are not kept in a humidor. Ask any cigar aficionado and they will describe their humidor in great detail.

Humidity plays an important role in the way wood ages, including furniture. If your home is too dry, your dining room table will dry out and the finish will suffer. In fact, humidity levels can affect many items in the home.

Too much humidity is not desirable either. In the tropics, for example, and some other parts of the world, people use dehumidifiers to reduce the air’s humidity levels.

A vaporizer is like a humidifier except that it uses boiling hot water to create steam. Then a mist is blown out from it, which creates the vapor that you breathe. Vaporizers are often associated with use while sick with a cold. Everyone probably remembers their mother or father holding a towel over their head while they had to inhale from a boiling hot pot of water, laced with Vick’s Vaporub or eucalyptus oil.

Vaporizers are said to be great for the skin because they help to open the pores. People typically splash cold water on their face to close the pores.

Some people who have problems breathing find that a vaporizer can help them overcome issues with COPD and asthma. COPD stands for chronic obstructive pulmonary disease, which includes several lung conditions that cause breathing problems.

Croup, a type of dry hacking cough, can be relieved if the person breathes in steam for a few minutes. When a child has a croup-like coughing fit, parents commonly place them next to a very hot shower so that they can breathe in the steam.

The modern-day vaping craze is done with a tiny vaporizer that is heated with a small battery that heats an element, usually when you push a button. When the chamber becomes hot enough, the user inhales the vaping fluid, usually referred to as ‘vape juice.’

These modern, personalized vaporizers are called vape pens or electronic cigarettes and can be used to inhale flavored juices that are mixed with nicotine products, CBD, or just flavors of choice. They work exactly the same way as the old vaporizer that created the steam that was inhaled when you had a cold, just in a tiny version that can be carried in your pocket like a pen. Hence, many people call them vape pens.

Studies have shown that vaping is an extremely effective way of giving up tobacco smoking. According to Big Daddy Smoke, vaping is less harmful for the health than smoking tobacco. The British National Health service announced a couple of years ago that heavy smokers should consider switching to electronic cigarettes.

The modern vape pen was developed in the 90s and has become extremely popular across the world, especially in the advanced economies. The old school vaporizers for colds and flu are also still in use. We hope that this was informative and answered your questions about the similarity and differences between humidifiers and vaporizers.