What Is The Most Stable Currency To Keep Your Money In?

COVID 19 has rocked the global economy, making 2020 a turbulent year.  But the uncertainty caused by this pandemic has also cemented the importance of cash as a store of value. 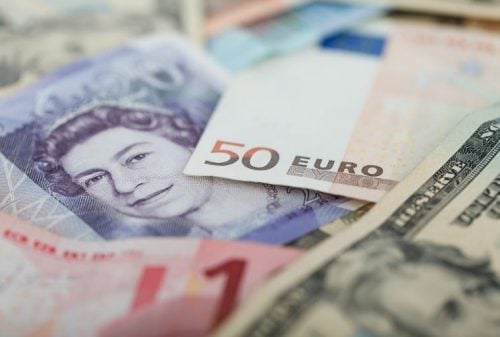 Most people with liquidity are holding on to their cash as liquid money has in the past offered relief in times of uncertainties.  If you’re an investor or a small business owner hoping to hold your money during this pandemic, you should do it in a safe and stable currency as this will protect your long-term purchasing power.

Besides, if you’re a business owner that deals with numerous international clients, most customers are likely to complete a sale if you present them with a choice to pay with a stable currency such as the USD. And you don’t have to worry about dealing with the different currencies and use a specialized currency counter machine to help you organize these different currencies.

So What Makes A Currency Stable?

A stable currency is one that keeps its value or holds its purchasing power over time. This means for a currency to be stable, it must have low inflation and shouldn’t fluctuate widely over time.

The most common way of measuring changes in currency purchasing power or value is the Consumer Price Index (CPI).  CPI indicates the changes in the price of a ‘basket’ of products that are consumed by the average household in a given country.  A currency is said to be stable if the level of prices of the goods and services in this ‘basket ‘ as measured by the CPI does not keep on fluctuating.

Many factors affect the stability of a currency. Top among them are inflation, political stability of the country, supply and demand, economic policies, international trade, among many others.

What Are the Most Stable Currencies to Keep Your Money In

Among the world currencies, some have remained consistently stable even amidst tumultuous crises. Some of which include:

The USD has been regarded as a safe currency due to the U.S. political and economic stability. The currency compared to other emerging markets currencies is also less volatile.

Besides, the USD is not only popular in the U.S. but also globally. The greenback is popular outside the U.S. borders with about $1.8 trillion being in circulation globally. This makes it readily available in most countries money exchange markets.

The Norwegian Krone is recognized as a stable currency because Norway doesn’t have any debt. The country’s financial assets are more than its debt, making it one of the most stable countries globally.

Further, NOK isn’t pegged on any other currency or tied to any international trade body. This means NOK is a standalone currency that isn’t affected by the economic instabilities of its neighboring countries.

Kuwait is a small country with a highly developed production and oil export market, making it one of the wealthiest countries in the world.

Kuwait, which is also a tax-free country, also enjoys political stability. The country also has one of the lowest unemployment rates globally.

KWD has been the highest valued currency from 2007. In past years, the currency has remained stable in the face of global and domestic recessions.

The yen is a low-yielding currency due to the Bank of Japan having one of the lowest interest rates among developed nations.  The country is known to hold a positive current account balance.

Many risk-averse investors consider the yen a safe-haven due to its stability. Besides, more than 1/5 of the foreign exchange transactions are carried out in the yen. This means the yen has the added advantage of being more liquid as it’s readily available to trade.

Japan’s level of annual inflation has never been higher than 1.2%, and the country’s last denomination was 65 years ago. Japan also holds the 8th place globally among countries with the most gold reserves. All the mentioned factors underline the country’s development and stability.

The Swiss Franc is another currency that is considered a haven, especially in times when panic is evident in the global financial market.  Switzerland is a small well-governed nation that has enjoyed political and financial stability for many years.

The country also has a history of low inflation and has taken commendable strides to develop its banking systems. Swiss banks are known as the most reliable globally and preferred by many investors due to their secured confidentiality.

The franc doesn’t fluctuate sharply, and even in times of domestic and global crisis, Switzerland has come up with conditions to ensure the stability of its currency. The inflation rate of the country in the last decade has not exceeded 0.6% annually. During the peak of the coronavirus in March, the Swiss franc appreciated by more than 10% against the strong USD.

In times of financial crisis, investors often turn to traditional safe investments to protect their money. If you’re looking for the safest currency to keep your money during this pandemic, you have several choices to choose from as provided by this article. Popular currencies such as the USD and the CHF are just good examples of stable currencies, but you shouldn’t ignore the less popular currencies such as the KWD.

Interesting Related Article: “How much impact do politicians have on a country’s currency?“