Why are many Young Adults consuming Weed instead of Alcohol?

Until recently, it seemed the majority of young adults chose to consume alcohol to have a good time. However, in recent years, it seems like more people prefer to use marijuana products instead. 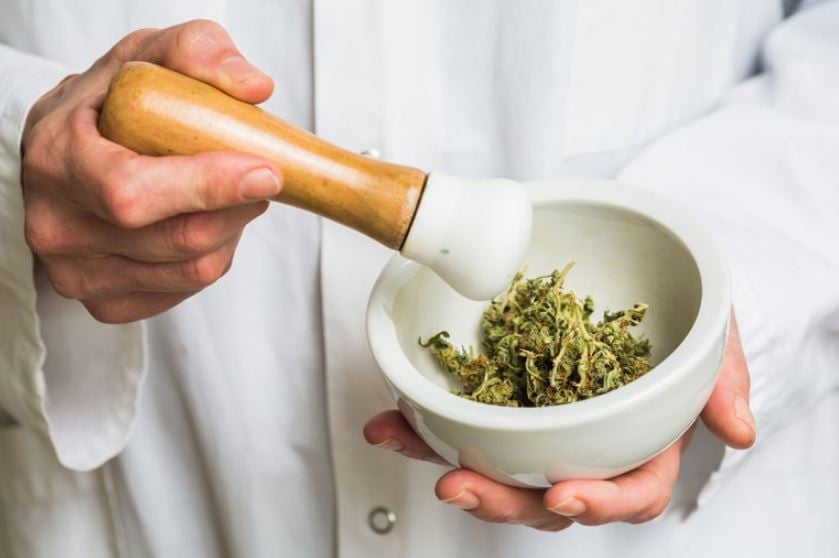 Not everybody is switching over, as the sales of alcoholic drinks are still as popular as ever. However, especially during the ongoing pandemic, the sales of marijuana products have been going through the roof.

So why are so many people using weed products nowadays instead of drinking beer or sipping on a glass of red wine? Is it because it is the new ‘’cool’’ thing to do, or is it because they find using cannabis products a healthier option? In this article, we have combined some of the reasons why the youth of today are choosing to consume potent marijuana instead of booze.

In countries like Holland, Canada, and a select few states in America, you can legally buy cannabis products in marijuana dispensaries or cannabis coffee shops. Dispensaries like Canna Cabana Lethbridge legally sell and stock all kinds of marijuana products. People don’t have to purchase cannabis on the black market, so dealing with a criminal to buy weed is a thing of the past.

Instead of having to meet a shady character down a dark alley you just pop by your local dispensary and get served by a positive and informative employee. It makes purchasing marijuana safe and enjoyable.

Not everybody wants the world to know they are using marijuana, so many choose to buy weed online instead. Here are a few of the reasons many young adults choose to shop online for marijuana:

Although most websites will display lots of information on their cannabis products for sale, many people enjoy looking at the product in person before they spend their hard-earned money. Plus, going to the dispensary is often an enjoyable experience.

Everyone knows if they drink a lot of alcohol, the following day they are going to pay the price! Although ‘’happy hour’’ in the bar seemed like a great idea at the time, the next day you might be full of regret.

The real reason why we often feel terrible the following day after a night out drinking copious amounts of alcohol is because we have slightly poisoned and dehydrated our bodies. Getting motivated to get out of bed and trying to stay productive with a hangover can prove almost impossible. Most young adults are excited about what the day has in store for them, however, the majority of people struggle to function normally while feeling hungover.

To avoid this from happening, many young adults use marijuana products instead. They can still have a great night out and the next day they might feel a small bit drained and perhaps a slight stomach ache after going too hard on unhealthy snacks while experiencing ‘’the munchies’’, but that’s it!

As many people well know, alcohol is a depressant. Although most young adults are well aware of this fact, they often tend to forget it because alcohol is always around during good times. It is very rare nowadays to show up at an alcohol-free party! However, alcohol use can impact a person’s short and long-term mood.

Many people who drink alcohol can have feelings of depression and they can act aggressively. Whether you drink alcohol or not, you have probably witnessed a fight amongst young drunk people in the past.

The last thing a person wants to do while they are stoned is to get into an altercation with another person. Cannabis, especially marijuana buds that come from a Sativa plant gives the user an uplifting feeling. You might argue with your friend over who owns the last piece of candy, but the chances of the argument turning physical are highly unlikely.

Alcohol can Lead to Crime

A lot of folks, especially those who are against the legalization of marijuana products, are quick to point the finger at cannabis, claiming it is a gateway drug and will lead young adults down a path of crime. However, statistics show that alcohol leads to much higher crime stats.

Those who consume alcoholic beverages are far more likely to engage in high-risk behavior, which often leads to getting in trouble with the law. In America, approximately 40% of offenses that a person found themselves in jail, were alcohol-related offenses. Although most of these offenses are for drink driving and drunk and disorderly conduct, in areas where the consumption of alcohol is very high, there is often an increased rate of violent crimes reported.

The last place on the planet young adults want to find themselves is behind bars. A drunken night out can change their lives completely, so often using marijuana is a much safer option.

Alcohol is Linked with Cancer

Many young people today want to look their best, so they need to maintain a healthy diet and exercise frequently. Drinking too much can ruin their weekly routine and stop them from progressing.

However, what is even more worrying is the link between cancer and alcohol consumption. Even moderate consumption of alcoholic beverages can lead to cancer in young and older adults. It has strong ties to cancers in the following areas of the body:

Plenty of studies have been carried out that show that moderate cannabis consumption does not lead to cancer.

In the past, it seemed most people smoked cannabis in a joint. Although making a joint with rolling papers is still a popular option, many young people like to consume marijuana using different methods. Vape pens specifically designed for cannabis are a very popular option nowadays.

Some allow you to add dried herbs while others require cannabis oil. Many people don’t like the sensation of smoking or vaping, as they feel it can hurt their throat or they don’t enjoy the smell, so another popular option is to purchase or make edibles. These, often tasty treats, are a very popular alternative to smoking or vaping. Top chefs often use cannabis as an ingredient in some of their dishes.

It seems rare to meet a young adult nowadays that doesn’t drink alcohol, however, it does seem that they don’t drink as much as they once did. Whether you like it or not, it seems that more countries and states are making changes to their cannabis laws, making it legal to purchase the substance in more areas.