What is market power? Definition and meaning

Market power refers to the extent to which a commercial enterprise can influence the price of a product or service by exercising control over its supply, demand, or both. The term may refer to a buyer or a seller in a market.

Market power is a company’s ability to profitably increase the market price of a product or service over marginal cost. Marginal cost is the change in total cost that arises when you increase the quantity produced by one unit – the cost of producing one additional unit.

When there is perfect competition in the marketplace, market power does not exist – the players in this type of marketplace have zero power. Each company has to make do with the current market price because it cannot manipulate it. 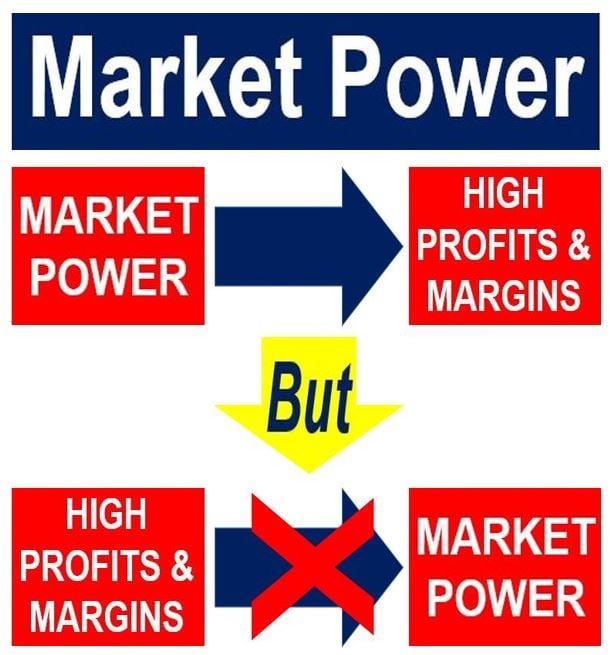 Market power is only present when there is an:

– oligopoly: two or more suppliers that dominate the market completely,

– monopoly: just one supplier controls the market, or a

– monopsony: one buyer dominates the market. In the defense industry in the US, for example, the US government represents more than 85% of all purchases.

However, perfect competition does not exist anywhere in the world – most of us exist in markets where imperfect competition prevails, and some companies have varying degrees of market power. Some of them display monopolistic-type behaviours.

According to ft.com/lexicon, market power by definition is:

“When a buyer or seller (or group of buyers or sellers) has sufficient share of supply or demand in a market to be able to influence market prices.” Jean Tirole, a French professor of economics at the Toulouse School of Economics, was awarded the 2014 Nobel Memorial Prize in Economic Sciences for his analysis of Market Power and Regulation. (Image: Wikipedia)

The OECD says that the exercise of market power eventually leads to lower output and the overall loss of economic welfare.

A commercial enterprise that has total market power can increase prices without losing customers to rivals. These are sometimes referred to as ‘price setters’ or ‘price makers’. A company that has no power over prices is often referred to as a ‘price taker’.

A company has significant market power when its prices exceed marginal cost and long-term average cost, so it makes economic profits.

If you have total market power, you are in complete control of either the prevailing price in the market or total quantity produced.

Markets should not be dominated by lone suppliers with monopolistic-type behaviors, because they usually undermine economic growth, compared to marketplaces with several similarly-sized competitors.

That is why most countries have anti-trust (anti-monopoly) or other legislation aimed at limiting companies’ ability to build up market power.

Legislation in all the advanced economies and most of the emerging ones exists to regulate mergers and acquisitions. 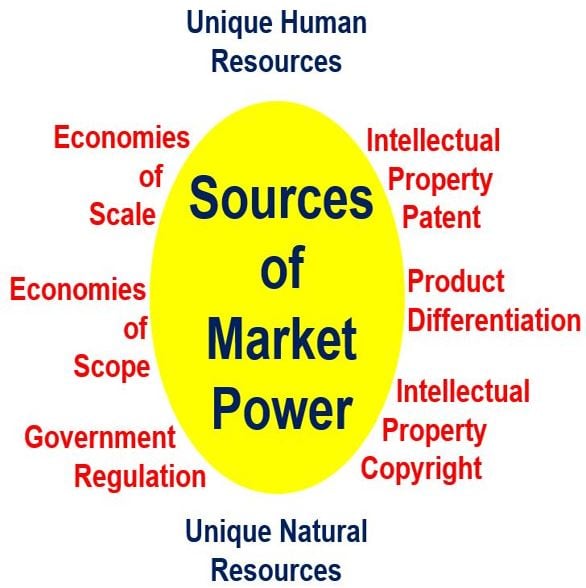 Market power may exist in a sector due to one of the sources above, or a combination of them. (Data Source: IMBA Managerial Economics)

The Herfindahl Index or Herfindahl–Hirschman Index – a measure of the size of companies in relation to a particular industry – is an indicator of the amount of competition within that sector. The Index was named after economists Albert O. Hirschman (1915-2012) and Orris C. Herfindahl (1918-1972).

The Herfindahl Index is widely applied in technology management, antitrust, and competition law. It is calculated by adding up all the squares of the market shares of the competitors within an industry – often limited to the top 50 companies, where the market shares are expressed as fractions.

The result – which can range from 0 to 1.0 – is proportional to the average market share.

An Index score of zero means there is a huge number of small competitors, while a score of 1 means it is a total monopoly.

The Index can also be calculated using whole percentages, in which cases the score ranges from 0 to 10,000 points. 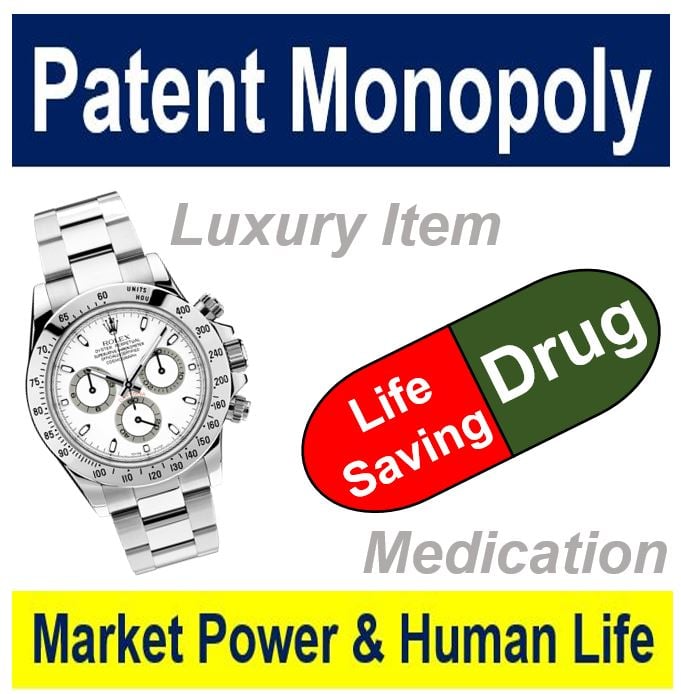 Ha-Joon Chang, a South Korean institutional economist who specializes in development economics, ranked by Prospect Magazine as one of the top 20 World Thinkers, once said: “Patent monopoly creates a lot of problems. It allows the patentee to charge the maximum to consumers. This may not be a problem if the patented product is a luxury item, like parts that go into a smartphone, but can violate basic human rights if it involves things such as life-saving drugs.”

Lets imagine two cases in which the six biggest companies produce 90% of all the products in a market, while the remaining 10% is dividing among 10 equally-sized small producers:

– Case 1: The six biggest companies produce 15% of all the goods each, and the next ten produce 1% each.

Even though the top six companies represent 90% of all goods produced in both Case 1 and Case 2, in Case 1 there is a reasonable amount of competition, while in Case 2 the market is very close to being classed as a monopoly.

With the Herfindahl Index, the difference between Cases 1 and 2 becomes strikingly evident. Lets work them out with market share represented as fractions of 1 (so, for example, 20% is entered as the fraction 0.2):

Case 2 is much closer to a state of total monopoly than Case 1 (remember that monopoly = 1, while perfect competition = zero).

This Marketing Business Network video explains what market power is in a way that’s easy to understand: